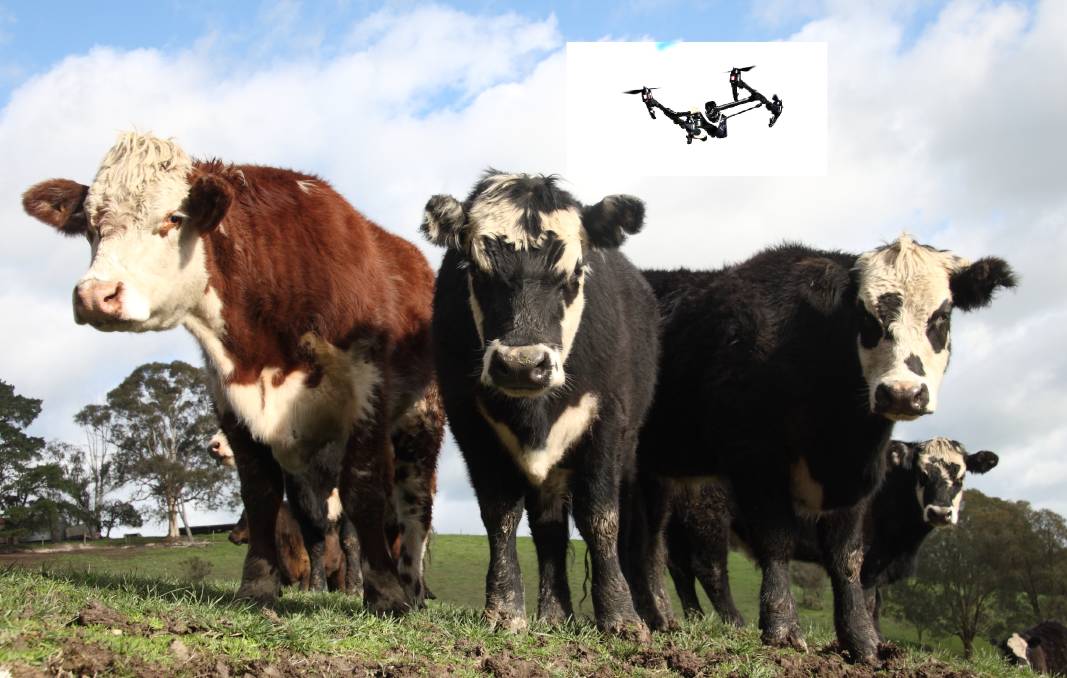 Rustlers are using drones and even satellite images to steal record-priced livestock from Victorian farms.

Livestock theft has cost Victorian farmers almost $2 million in the past year.

Livestock theft has cost Victorian farmers almost $2 million in the past year.

The record high sale price of cattle and sheep is believed to have emboldened rustlers.

Newly tech-savvy thieves are using drones and even satellite imagery to spy on rural properties.

Despite this staggering figure, underreporting of farm crime remains a widespread problem.

Crime Stoppers Victoria is urging farmers and rural property owners across the state to speak up about theft on farms.

The new data released by the Crime Statistics Agency on the cost of livestock theft across the state has risen by two per cent in the past year.

"It doesn't matter if you live in a remote area, with technology criminals can easily find a way to steal from you," Ms Smith said.

A recent study by Dr Alistair Harkness, co-director of the Centre for Rural Criminology at the University of New England, identified concerns from farmers that the offender is known and living in a community, and there exists fear of reprisal.

Sharing what you know with Crime Stoppers overcomes that fear, authorities say.

Ms Smith said it was vital farmers and property owners make a report to Crime Stoppers if they've been targeted by criminals or have suspicions farm crime has occurred. 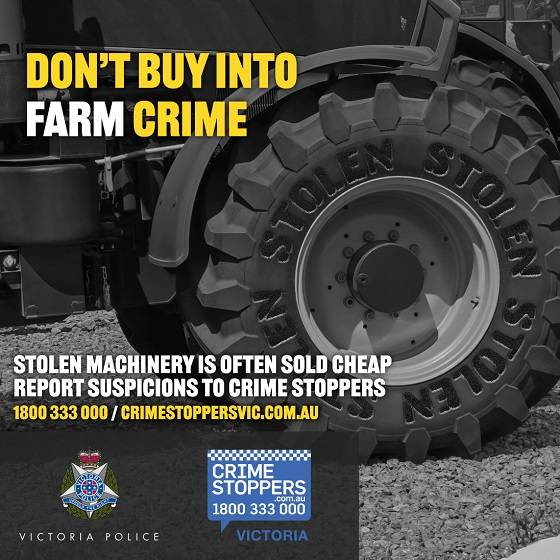 "Even the smallest piece of information could assist police with an investigation and help reduce the rate of farm crime in Victoria."

"It's vital farmers come forward to report any crime and they should know we will investigate it fully. We understand the impact theft of livestock and equipment can have on farmers and their livelihoods.

"We encourage people in rural areas to report any suspicious activity. The information they have might be the piece we need to hold perpetrators to account.

"We also urge farmers to take precautions - a simple measure like a sign on the fence warning would-be trespassers to stay off private property can go a long way to discouraging crime."

The public is also being encouraged to check the authenticity of livestock and second-hand farming equipment before purchasing.

"If you buy livestock or machinery for a steal, it probably is," Ms Smith said.

"By using these free resources, farm owners are helping protect themselves and their properties from both organised criminals and opportunistic offenders," Ms Smith said.