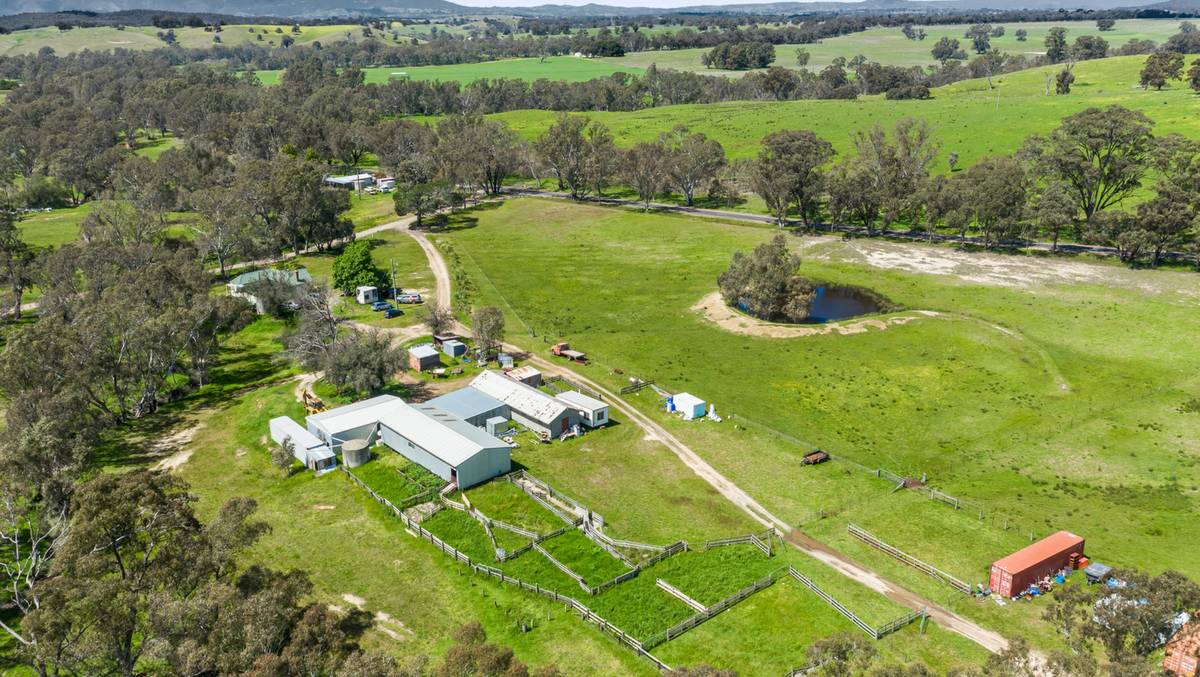 WOOLY ESCAPE: The 370-hectare Cranley near Kilmore is available as a whole or in three lots, appealing to farmers and lifestylers alike.

After a century of Flemings farming Cranley near Kilmore, Andrew Fleming is ready to retire from woolgrowing and has put the property up for sale.

After farming at Glenaroua near Kilmore since 1921, the Fleming family has put its 370-hectare wool-growing property, Cranley, up for sale.

Mr Fleming said the area in central Victoria was enjoying an excellent season, placing the buyer in a great position to make immediate gains.

The infrastructure was also geared for commercial production. The property's farm buildings include workshop and storage facilities, with an effective three-stand shearing shed.

It's complemented by a sheep storage shed with battens throughout that has a capacity of 150 sheep.

"The shearing shed is complete, everything will be in going condition so you'll be able to walk in and shear sheep the day you buy it," Mr Fleming said.

The farm was also resilient in seasons good and bad.

"Not hilly but not flat either, Cranley is on good, undulating country," Mr Fleming said.

"It never floods, the rain runs off it nice and easily.

"The farm is mostly ironstone country with loamy soils that allow the water to penetrate and, unlike some areas, there's no rock problem."

A spring-fed stream running through the property peppered with waterholes tops up the 600-millimetre (24 inch) average annual rainfall.

In fact, there are 18 paddock dams, and a seasonal creek with an attractive tree line traverses the holding.

Cranley is subdivided into 15 paddocks with stock-proof fencing and an effective laneway system.

"They're all native pastures and, during the drought years, that pasture hangs on well," Mr Fleming said.

Ms Laffan said Cranley would appeal to both commercial farmers and those looking to escape the city.

Melbourne airport is only an hour's drive away via the Northern Highway, while Kilmore and Seymour are both within 25km.

"The entire property holds a farm rating under the Mitchell Shire planning scheme but the offer as a whole or as three lots will appeal to a buyer wanting a flexible future break-up and building option," she said.

The original three-bedroom Victorian-style timber weatherboard home was built in the 1870s, and has undergone at least three renovations and refurbishments in its lifetime.

It retains some of its period features. The lounge room has a pressed metal ceiling, with what Mr Fleming described as a "huge" mantle over the fireplace.

"It provides a comfortable lifestyle but as all three titled lots hold extensive district views and elevations, there would be multiple new home sites of choice," Ms Laffan said.

A powerline that runs alongside Chapman's Road provides ready power availability to all three lots.

The story Position and production first appeared on Farm Online.