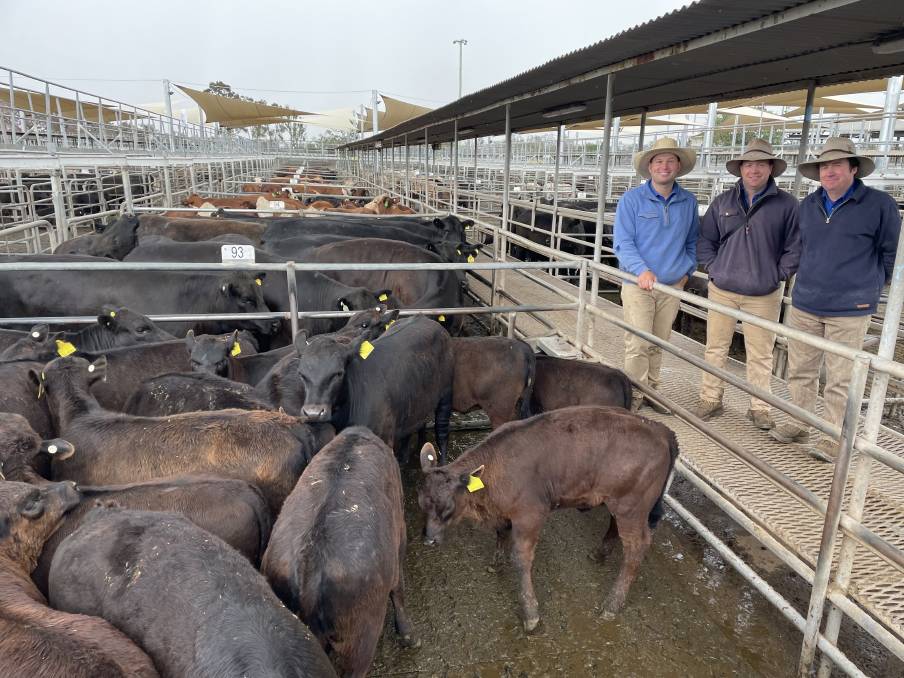 CPS Thomas Ballhausen and Irvine agents, Sam Christensen, Callan Thomas and Bryce Thomas with the market-topping draft of Angus cows with calves which sold for $4170 a unit. The price was a record for Dubbo Regional Livestock Markets. Photo: Rebecca Cooper

A Dubbo saleyards record was broken at Dubbo store cattle sale when Angus cows with calves hit $4170 a unit.

The sale was the first store sale conducted at Dubbo Regional Livestock Markets since August, when the fortnightly store sale was suspended due to COVID-19 restrictions.

With recent rainfall, the yarding fell to 1100 head (2830 head on August 6) while the market was dearer in all aspects.

There was a strong turnout of buyers, with many from Forbes, Carcoar and the Central Tablelands, along with good local support.

Weaner steers and heifer sold to very strong competition with the steers selling from $980 for Holsteins to $2240 for good quality Angus calves.

The price surge was highlighted by the cents a kilogram price which topped at 1091c/kg for Angus weaners. 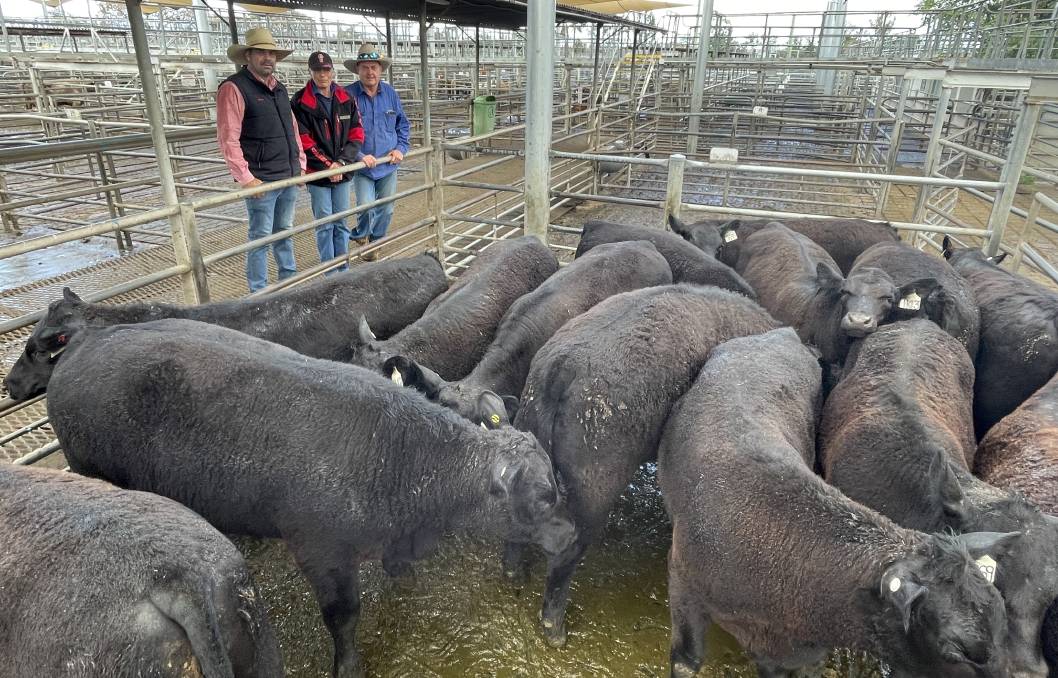 The 280kg to 330kg weaner steer prices were higher too, hitting a top of $2160 for Angus types, while the cheapest lines were $1900 British-crosses.

Sally McGlashan and Rob Matthews, Dubbo, sold the top pen of weaner steers ($2240) which were eight- to 10-month-old Angus.

They sold from $760 for light Santa Gertrudis calves to $2050 for good quality Angus heifers. 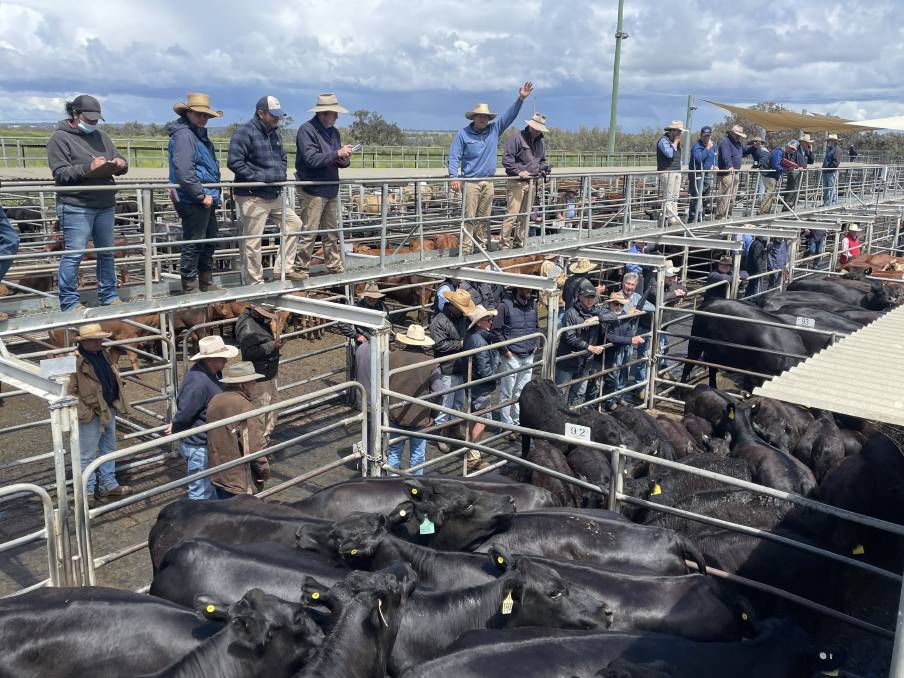 Sam Christensen, CPS Thomas Ballhausen and Irvine, Dubbo, in action selling a draft of 25 Angus cows with calves at the Dubbo store cattle sale for $4170/unit. The prices was is a record for the selling centre. Photo: Rebecca Cooper

One pen of D3 Bos-Indicus-cross yearling heifers more than 400kg sold for $1150.

Meanwhile there were 49 pregnancy-tested-in-calf heifers which sold between $1200 and $2375. The majority of those were Braford types.

PTIC cows were also snapped up at prices between $1530 for Hereford/ Angus units and $3350 for Angus types.

Topping the market was a draft of 25 Noonee-blood Angus cows with four- to six-month-old calves and pregnancy tested back in calf. They were sold by John Tucker, Geurie, for $4170, setting a record for the selling centre.

A small line of Santa Gertrudis cows with their first, younger calves sold for $4000/unit.

The sale was conducted by Dubbo Stock and Station Agents Pty Ltd.