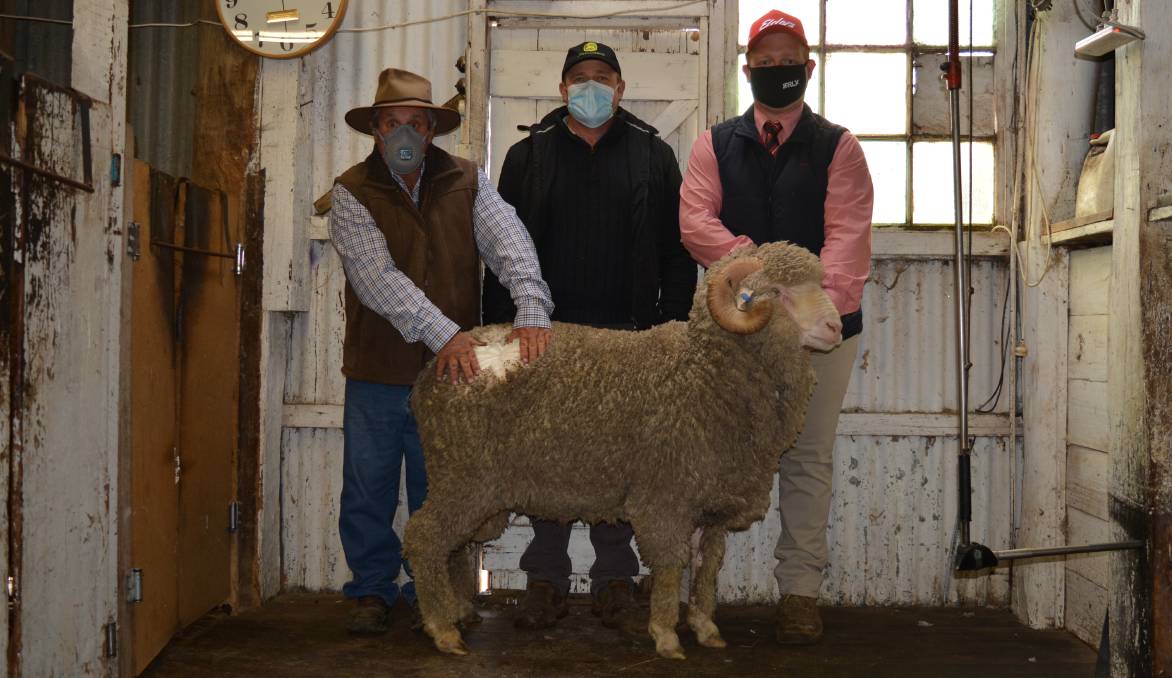 Blink Bonnie rams sell to a $5200 top, twice, and clears all commercial ewes and wethers offered.

Mr Green has been buying at Blink Bonnie for a few years and runs 3500-4000 sheep, whch includes about 3000 ewes joined.

He was seeking heavy cutting, bright white wooled rams with long staple length and his top purchase had a yearling fleece weight figure of 122 per cent while measuring 17-micron fibre diametre, 2.9-micron standard deviation, 17.1 per cent coefficient of variation and 99.4pc comfort factor.

Mr Azevedo has been buying replacement rams at Blink Bonnie since he bought his farm in late 2017.

He purchased his commercial foundation ewes with the farm and said they were of Roseville Park blood, so the Blink Bonnie rams, with their strong Roseville Park background, were "linking in well with what we're doing here".

Blink Bonnie stud principal, Peter Moore, also put one ram up for charity, with all proceeds of its sale going to the Cancer Council.

It made $3000 to Mt David Agriculture, Rockley, and was the top price of that company's draft of seven rams to average $1857. 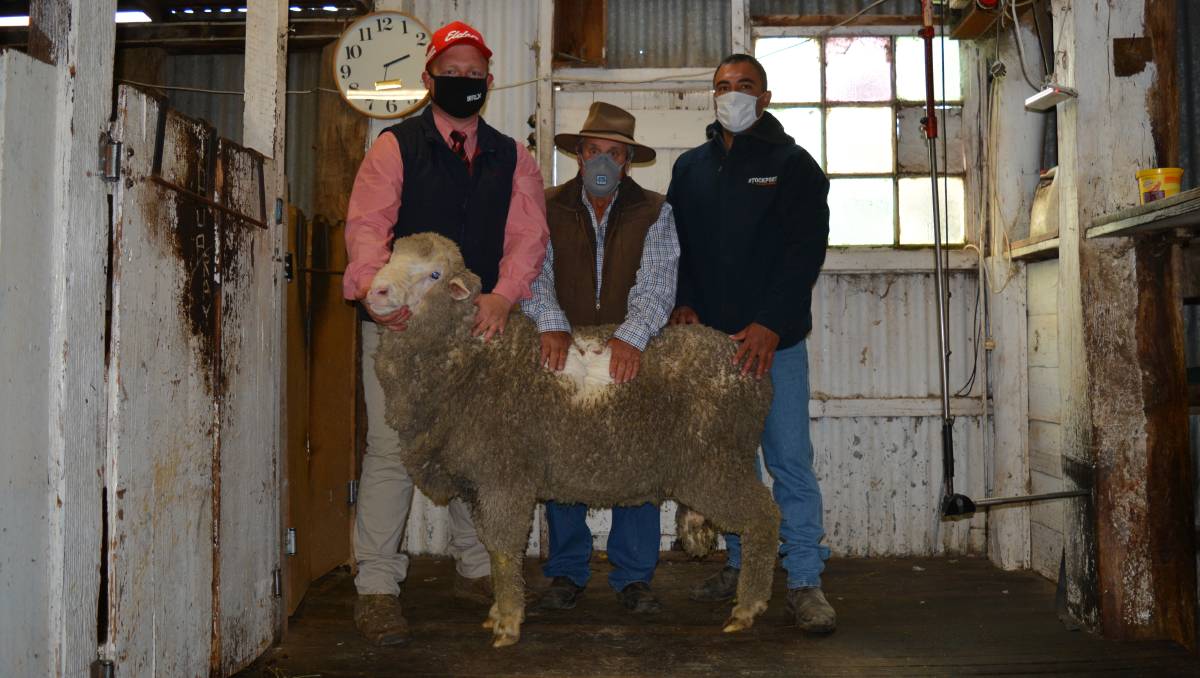 The sale also featured commercial ewes and wethers, which included 210 Merino wether lambs which sold for $130 a head to an undisclosed client of Elders Bathurst, 150 wether lambs for $150/hd to Bede Parsons, O'Connell, 172 Merino ewe lambs for $284/hd to Darys Creek, Lagoon, 51 scanned-in-lamb (SIL) stud ewe lambs for $350/hd to Woodbine Partnership, Ilford, and two lots of 70 head of SIL Merino ewes respectivley made $350/hd and the other at $215/hd, both to Darys Creek.

Mr Moore opened his sale with a few remarks about the stud's success through the year, including grand champion fleece at Dubbo Show and his genetics rating as the highest for fertility in the Bathurst sire evaluation.

He said he was also achieving pregnancy rates of 75pc when rejoining his ewes with lambs at foot, helping to increase his annual total number of lambs.

The sale was run by Elders Bathurst, with Elders agents David Simpson and Jesse Gauci as the auctioneers.