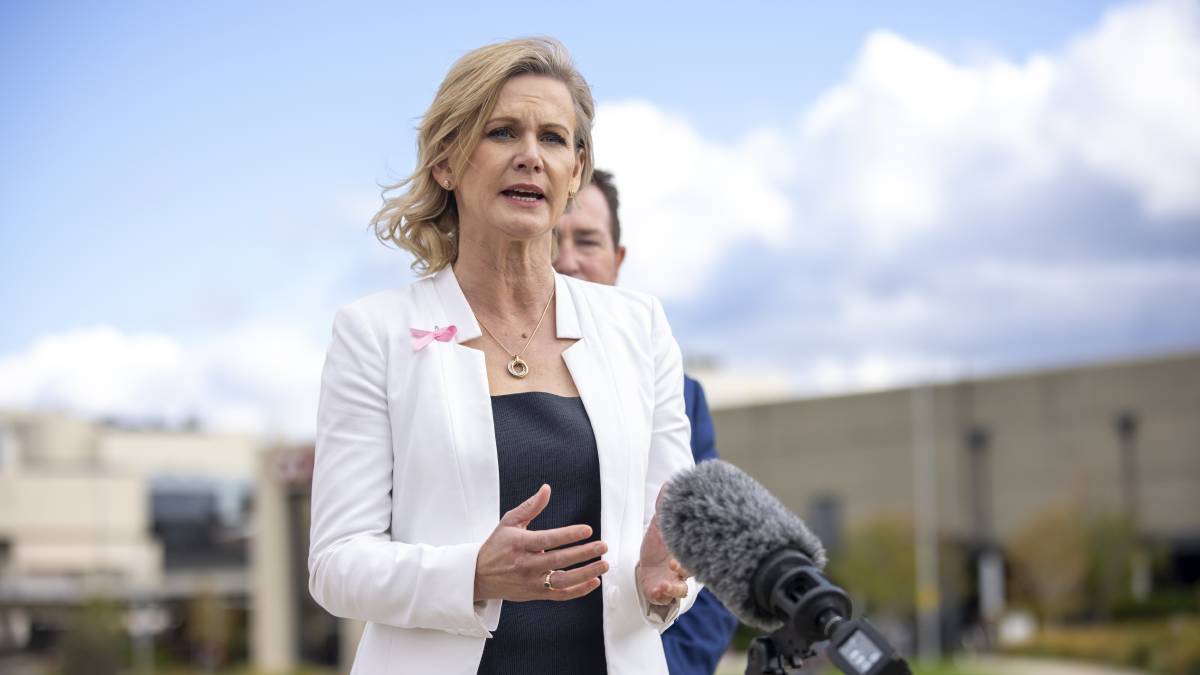 Nichole Overall has been preselected to run for The Nationals in Monaro after the resignation of John Barilaro. She would be the first female member for Monaro if elected, in the yet to be announced by-election. Photo by Keegan Carroll.

An historian and keen community worker has been preselected to replace John Barilaro as the Nationals candidate in Monaro.

Nichole Overall was preselected on Saturday - the only candidate put up to the Nats membership in Monaro.

Mr Barilaro welcomed Mrs Overall's preselection saying she is a strong advocate for the region. She is married to the Queanbeyan-Palerang mayor Tim Overall, who has resigned as mayor.

"I have known Nichole for many years and over that time I have been left in awe with how dedicated she is to our community," Mr Barilaro said.

"From her work with the Meals on Wheels Queanbeyan Branch, Headspace Queanbeyan, and the Red Cross - Nichole's passion for helping others is unrivalled.

"In 2020, Nichole was named Monaro Woman of the Year for this very reason. She is always the first person to put her hand up if you need a hand.

"The decision to retire as the Member for Monaro was not an easy one, but I know Nichole is the best candidate for the job - she will take up the fight for the region to ensure the Monaro gets its fair share."

Mrs Overall has served as Patron of a local support service that for 40 years has provided invaluable assistance to those dealing with domestic violence and abuse and/or experiencing homelessness.

A keen sportswoman, she is also very involved in promoting, supporting, and helping develop women's football in the Queanbeyan region.

Mrs Overall said it was a significant honour to be given the opportunity to follow in John Barilaro's footsteps and contest the seat of Monaro.

"I have long been a vocal advocate for our Queanbeyan-Palerang region, and I'm equally passionate about regional and rural communities across Monaro," she said.

"If I am elected, my goal will be to ensure the people who are the backbone of these communities are not left behind.

"My commitment to the people of Monaro is to ensure the Nationals in Government continue to build on our 'push for the bush', protecting our communities and delivering improved roads, community projects, education, health, and social services.

"I'm looking forward to meeting as many people as I can over the course of the campaign and hopefully in the years ahead."

Deputy Premier and Leader of The NSW Nationals Paul Toole said he was excited about the prospect of working with Mrs Overall.

"I've found Nichole to be a straight shooter who will stand up for the communities across the Monaro," he said.

"I am confident Nichole will carry on John's record of delivering for all Monaro residents, from Queanbeyan to Jindabyne and everywhere in between."

Minister for Mental Health, Regional Youth and Women Bronnie Taylor said Nichole was the perfect choice to continue the hard work of the NSW Nationals in the Monaro.

"Nichole is an outstanding candidate for the NSW Nationals and with her strong passion for the region, I know she will be a powerful voice for the community up in Macquarie Street," Mrs Taylor said.

"Nichole is a strong voice, she loves the Monaro, and will be a fabulous representative for us all."

The by-election date is yet to be announced.

She said being possibly the first female member of Monaro would "personally be quite an amazing thing".

"With an historian's background, it would be absolutely tremendous," she said.

"We've had a federal womens' council for almost 60 years. The most high-profile positions in the party have been held by women," she said.

Monaro has been won by Liberal, Labor and nationals over the years. mr Barilaro attained a 9 perc ent swing at the last state elction, giving the Nationals a 12 per cent margin.

Mr Barilaro resigned two weeks ago as the member and as deputy premier, saying he had lost "the fight" to stay in politics and to give certainty to the new leadership of the government, under the new premier Dominic Perrottet, whom he calls a "mate".