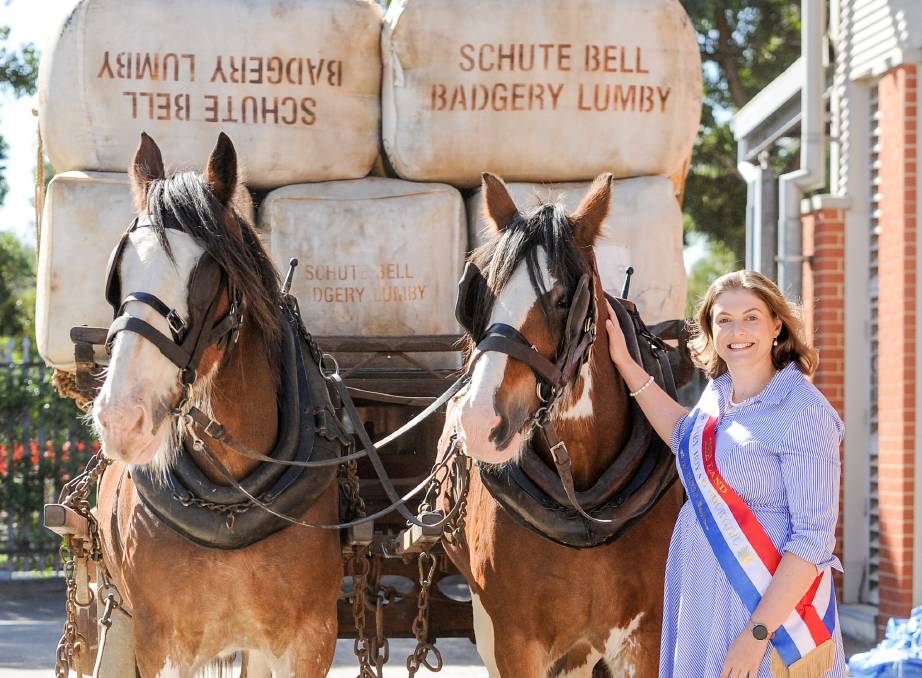 The 2020 The Land Sydney Royal Showgirl Jessica Neale, Cootamundra, says the competition will continue to be about encouraging young women to be involved in their local community and local show regardless of its name.

AgShows NSW and the RAS have announced a new name for the iconic The Land Sydney Royal Showgirl Competition.

CORONAVIRUS caused the cancellation of many local agricultural shows this year, but it need not restrict the number of young women eligible to compete at the zone finals for the Showgirl competition, now known as the Sydney Royal AgShows NSW Young Woman Competition.

RAS president Michael Millner said continuing the legacy of the competition into the future was a priority.

"This program has had a profound impact on thousands of rural women and community leaders for over half a century," he said.

"As custodians of it, alongside AgShows NSW, we are focused on its relevance, evolution and growth so that it can continue for another 60 years."

In June, the RAS announced it would rename the iconic The Land Sydney Royal Showgirl Competition to better reflect the spirit of the program to honour young rural women.

Further discussions with AgShows NSW, which represents the 192 agricultural shows in NSW, meant the adoption of a revised name for the zone final competitions that precede the state final at Sydney Royal Show.

AgShows NSW president Tim Capp said the inclusion of the AgShows NSW brand into the title reflected the ag show origins for each showgirl, who must first win their local title to proceed through to the zone and state levels.

To bolster support for the competition, Mr Capp said AgShows NSW was calling for nominations for the zone finals from local show societies that didn't run a show this year.

There were 132 shows cancelled in 2021. Subsequently, few shows have been able to run a local competition or nominate a zone finalist to represent their show.

"We are encouraging all shows, whether or not they have run, to identify a talented, committed woman under the age of 25 in their community to represent them at the 2022 zone finals," he said.

The 2020 The Land Sydney Royal Showgirl Jessica Neale, Cootamundra, said regardless of the name of the competition, the basis of the program was about encouraging young women to be involved in their local community and local show.

"I've got to meet so many other amazing young women not only at the Royal, but also at my local show and attending the zone finals," she said.

"That's given me the opportunity to get a different perspective on the sort of things one would not normally experience.

"A highlight was attending Sydney Royal, and although the pandemic has prevented some travel, I hope to visit the up-and-coming south coast shows and the ones held in 2022."