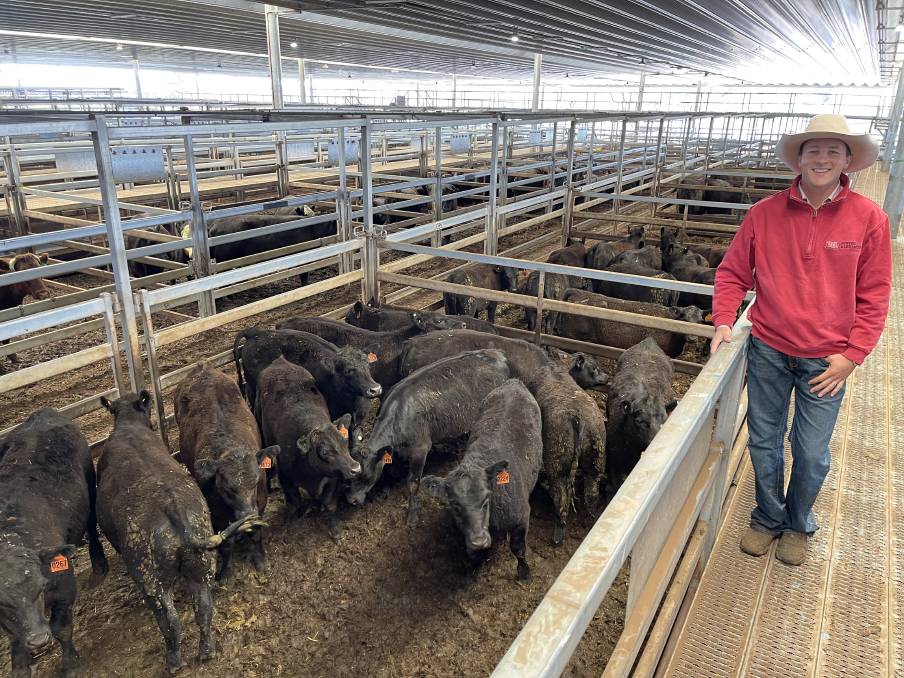 The rain induced competition has flowed through to the Eastern Young Cattle Indicator which hit a record 1064.58c/kg (carcase weight) on Tuesday evening.

AVERAGE prices for yearling steers bought by restockers in NSW have surged above 700 cents a kilogram (liveweight) early this week.

The recent rain has boosted competition at the buyers' rail in the saleyards and meant prices lifted more than 70c/kg in the past week according to Meat and Livestock Australia figures.

Restockers have also been paying nearly 260c/kg more for yearlings now than they were in mid-October last year.

The rain induced competition has flowed through to the Eastern Young Cattle Indicator which hit a record 1064.58c/kg (carcase weight) on Tuesday evening.

Armidale's average price for EYCI-eligible cattle surged to 1192c/kg making it the dearest saleyards in the state for young cattle in the past week.

On the other hand, the competition from feedlots has stabilised this week and prices averaged 550c/kg (liveweight).

MLA market reporter James Armitage said it was a very strong market for young cattle at Gunnedah on Tuesday even though the yarding was much bigger.

He said restocker demand in the lighter weight categories was very high.

"The vealer and yearling steers under 330kg posted a significantly dearer market trend," he said.

"Medium and heavy weight yearling steers to restock and feed also sold to dearer trends with odd sales much dearer."

The market for young cattle was also strong at Carcoar on Tuesday and MLA market reporter David Monk said young steers bought by restockers made from 638c/kg to 766c/kg.

She said well bred steers weighing 200kg to 280kg gained 29c/kg due to improved quality and increased competition, while the bulk returning to the paddock averaged $1763 a head.

"The heifer portion recorded a top price of 785c/kg," she said.