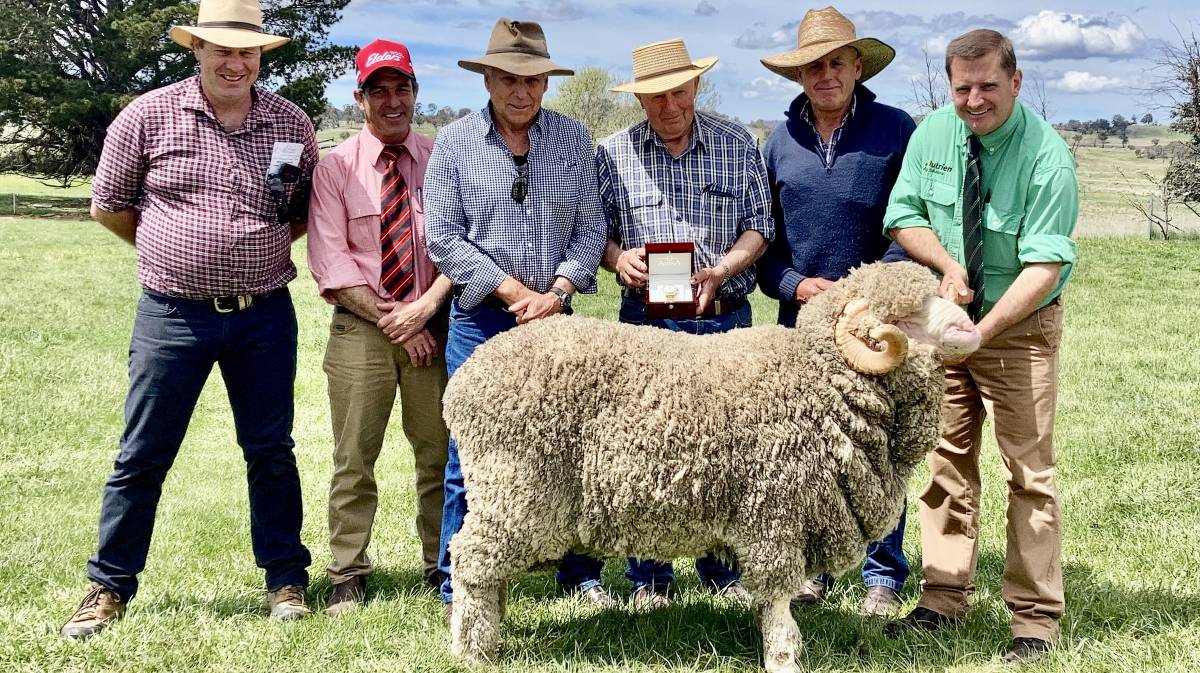 Local buyers flocked to the annual Adina Merino ram sale on Monday at Peak View via Cooma, to set a new on property top price for the stud at $13,000.

The top ram was bought by Stephen and Lionel Platts, Dunagree Pastoral Company, Ando, for $13,000.

The brothers are long time supporters of the Adina stud and are impressed with their new sire and will use him to continue to breed replacement rams for their 5500 strong Merino ewe base..

Stud principal James Barron said they were chasing the ram's genetic line, of which they have a long pedigree of Adina-bred bloodlines in their flock.

Mr Barron said he was a very productive ram with a long staple of very stylish wool.

Their second sire was by the Adina Black family line and was also snapped up for $8000.

The sale then lead into the local contingent of wool growers chasing the big framed Adina rams, lead by WH and RJ Boate, Jerangle, buying five rams to a top of $3500, to average $1850.

The sale was conducted by Elders and Nutrien with Rick Power as the auctioneer.