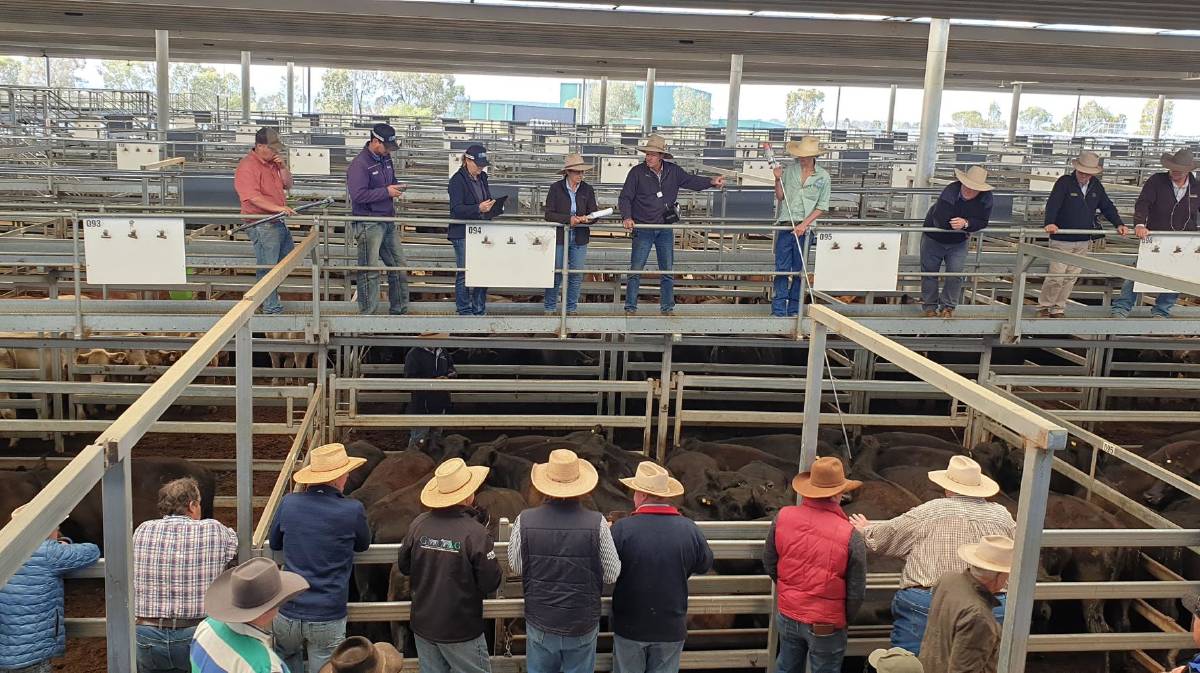 Buyers on the rail during the Tamworth prime cattle sale on Monday. Strong restocker demand on the back of the rain and improving seasonal conditions resulted in a dearer trend. Photo: Michelle Mawhinney, TLSAA

HEIFERS and cows seem to be top of buyers' shopping lists in the past week.

At several store sales, and even a few prime markets, the heifers have made more money than the equivalent steers.

Both categories sold surprisingly well and gave the $2000 a head mark a nudge.

Even unjoined cows and heifers hit top prices above $2000.

He said the heifers sold "a touch better" than the steers.

Driving the Inverell market trend was recent rain, plus the wide range of buyers at the sale.

A new record was set for the Dubbo saleyards last Friday when cows with calves sold for $4170 a unit.

The well bred Angus cows with older calves were from Geurie and had been pregnancy tested back in calf.

It was an encouraging result for the Dubbo store sale which, up until last week, had not had a store auction since August.

Once again it was recent rain behind the dearer trend at Dubbo and it highlights the confidence buyers have in the strength of the market when buying breeding stock.

In the prime markets, the Eastern Young Cattle Indicator slipped last week and Meat and Livestock Australia suggests this may be because the supply of suitable cattle lifted above the 3500 head mark.

The feeder/restocker proportions may also be at play.

MLA said the feedlots bought 54 per cent of young cattle, with restockers only buying 31pc.

Given restockers paid a 128c/kg premium over what feeders paid, when restockers are less active in the young cattle market the price falls accordingly.

By Wednesday this week the market had turned around and the EYCI was on a record 1065.97c/kg.

It's interesting how quickly things can change.