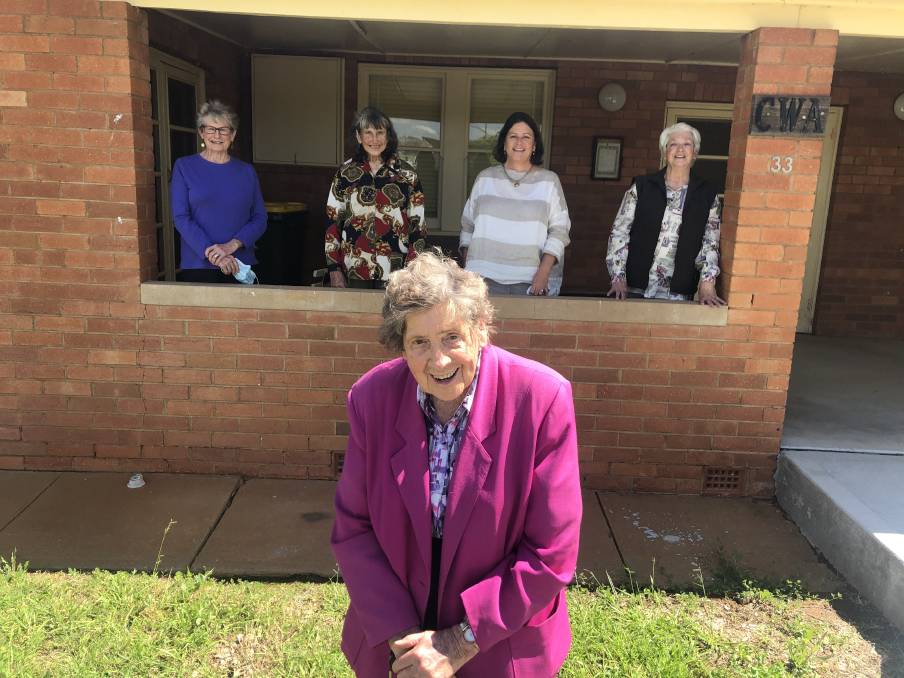 With gradual easing of COVID-19 restrictions across the state, more of CWA's members and their branches were able to return to face-to-face meetings.

For three months the County Women's Association (CWA) hall at Trangie cut a lonely figure as it sat empty like many others across the state.

But it was brought back to life as its members were able to hold their first meeting since lockdown.

There was no tea and scones, it was straight down to business in mapping their future fundraising efforts.

"It's great to be back on track, it means we can get back into the community and make our presence felt and get back into fundraising because the CWA is very proactive in a lot of community projects," Trangie CWA president Pat Riley said. The Trangie branch is working towards a centenary event that will be held next year during senior citizens week.

CWA of NSW CEO Danica Leys said it was great to see that with the gradual easing of COVID-19 restrictions across the state, more of its members and their branches were able to return to face-to-face meetings again, resume some of their normal activities and start looking at holding events and other get-togethers.

Meanwhile on a state level, the CWA has teamed up with the NSW government to urge motorists to reign in their behaviour around horses on the road.

Motorists can be fined $352 and gain two demerit points for not keeping a safe distance when overtaking vehicles, including horses.

Deputy Premier Paul Toole said it was important to remember that riders and horse-drawn vehicles had the same rights and responsibilities as other drivers, motorcycle riders and cyclists using the road.

"Drivers should slow down and allow plenty of room when passing a horse, whether it's being ridden, led or pulling a vehicle. Horses are easily spooked...so don't use your horn or rev your engine," Mr Toole said.

In the last 10 years, there have been nine fatalities involving a ridden horse, while there were 54 casualty crashes involving a riderless horse struck by a vehicle, resulting in the deaths of two people and serious injuries to 15 others. The Country Women's Association (CWA) of NSW president Stephanie Stanhope said there was an incident earlier this year, which saw a rider injured and a horse euthanised after being hit by a vehicle.

"We are seeing too many close calls and often these animals are a major part of a rider's livelihood, so we ask that motorists are respectful when sharing the road with horse riders to avoid any unfortunate incidents," Ms Stanhope said.

"Riders should also be aware of their surroundings, including traffic, pedestrians, road surfaces and changing weather conditions, and, if possible, ride during daylight hours."