Growers may seek alternative fertilisers such as chicken, pig and feedlot or treated human waste manure.

Big decisions are having to be made on the cropping front with fertiliser costs rising.

It's the perfect storm of pressures that's seeing fertiliser prices go through the roof, putting the heat on growers to contemplate their next move.

The major advice from pasture and cropping experts is, to borrow the maxim from the pandemic, to "test, test, test".

That is, test soils before applying fertiliser to next year's crop and be all over variable rates needed in a paddock.

Many in the industry believe urea prices could hit $1400-$1500 a tonne by next March. The strong advice is to consult with suppliers early on, according to NSW DPI Director of Pastures Mark Evans.

He warned that soil testing at the right time leading into next year's crop was vital, and to avoid testing when there might be mineralisation of nitrogen in the soil after rain.

James Dunlop, Business Development Manager at Pacific Fertiliser, says the price of fertiliser is volatile but there was obviously an upward price trend.

"There is the potential for urea to hit $1400 per tonne if current supply restrictions persist," he said.

"Product will be available next year, it's just what price it will hit," he said. 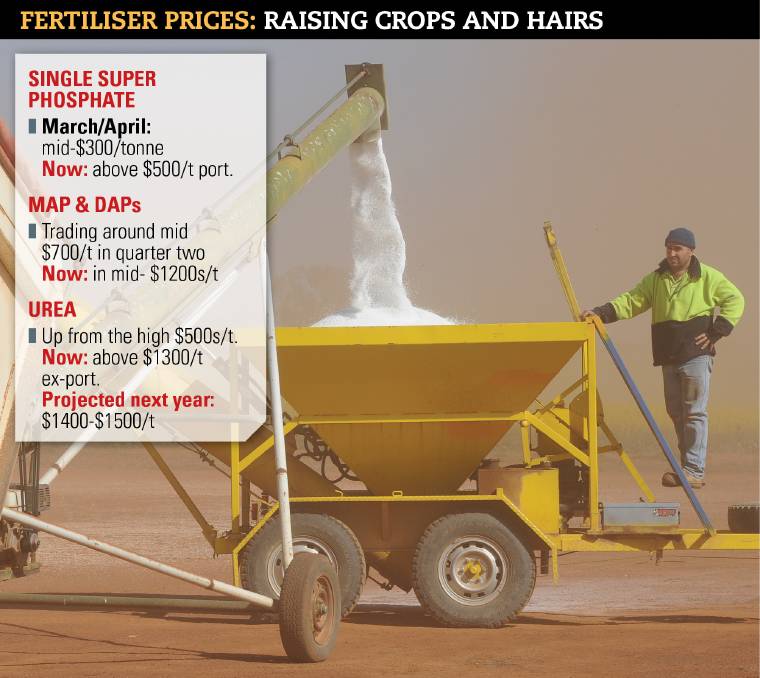 Fertiliser prices can fall and rise rapidly, but the general consensus is a price rise going into next year.

A perfect storm of events had conspired to see fertiliser prices rise.

The contraction of manufacturing in China, rising gas prices in Europe, COVID-19, restrictions on Chinese exports, high demand domestically and the rise in sea freight costs - had all added to a price squeeze.

"Some may consider options such as an organic product if more readily available domestically," he said.

"People will start to look at what is available and what to use many months out, and also consider all the elements that can affect a season. Some may consider using a natural product."

"Prices have been on a continuous rise over the last six months with single super phosphate trading around the mid $300 in March / April and now trading above $500 port. 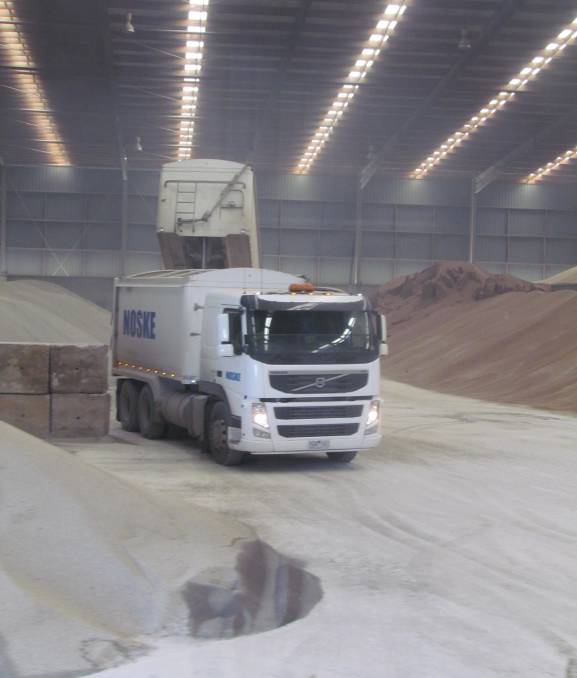 Some shipments of fertiliser have arrived recently but China may restrict further exports.

Mr Dunlop said Australia had some of the most fragile soils in the world and growers would have to consider appropriate fertiliser use for maximum benefit in their particular area.

With good rainfall expected through this summer, next year's crop could be as big as this year and so fertiliser will be in high demand again.