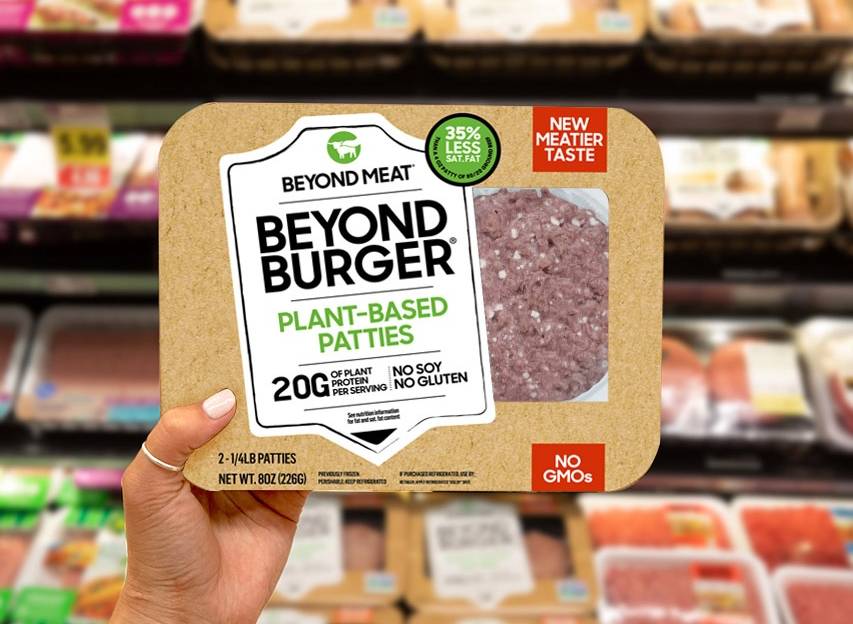 Beyond Meat has been a global trail blazer in the fake meat world.

One of the world's biggest fake meat companies has hit a financial snag.

One of the world's biggest fake meat companies has hit a financial snag.

The US-based Beyond Meat has suffered a sell-off of its shares after reporting a major hit to its revenue forecasts.

Beyond Meat holds a large market share in Australia and is often portrayed as a trail blazer in the alternative protein manufacturing world.

The plant-based meat substitute company was founded in 2009 by Ethan Brown who took the company public in 2019.

It has backing from high profile names like Bill Gates, Leonardo DiCaprio and Snoop Dogg.

On Friday the company told the US stock exchange its retail sales had plunged, downgrading its third quarter forecast from $120-$140 million down to just over $100 million.

It blamed slowing growth through the pandemic and increased competition, from rivals like Impossible Foods, for the fall.

The company has suffered from a weakening trend of people stockpiling fake meat burgers and sausages at home as they started dining out again.

It also said new orders from a distributor servicing one of the company's large customers did not materialise, while severe weather caused damage to inventory stored at one of its facilities.

The company is also facing other challenges including growing competition from Impossible Foods and others, such as v2food here in Australia, and surging raw material prices.

Most of its products are made from either peas, beans, potatoes or brown rice.

A world-wide shortage of some of these raw products like peas has seen prices rapidly rise.

Shares fell immediately by 13 per cent to their lowest point in almost a year. The share price has fallen more than 25 per cent this year.

The company's initial products were launched in the US in 2012.

The company offers plant-based options in the beef, pork and poultry categories.

Beyond Meat products are available in approximately 118,000 retail and foodservice outlets in over 80 countries worldwide, including Australia.

Financial analysts say because of the increase in competition Beyond Meat's growth has stagnated.

One analyst suggested their were rising health concerns among customers about the highly processed nature of the products.

The company still as a market value of $5.9 billion.

Beyond Meats is expected to report its full third-quarter results on November 10.