Spring harvest begins in earnest across the state's north. 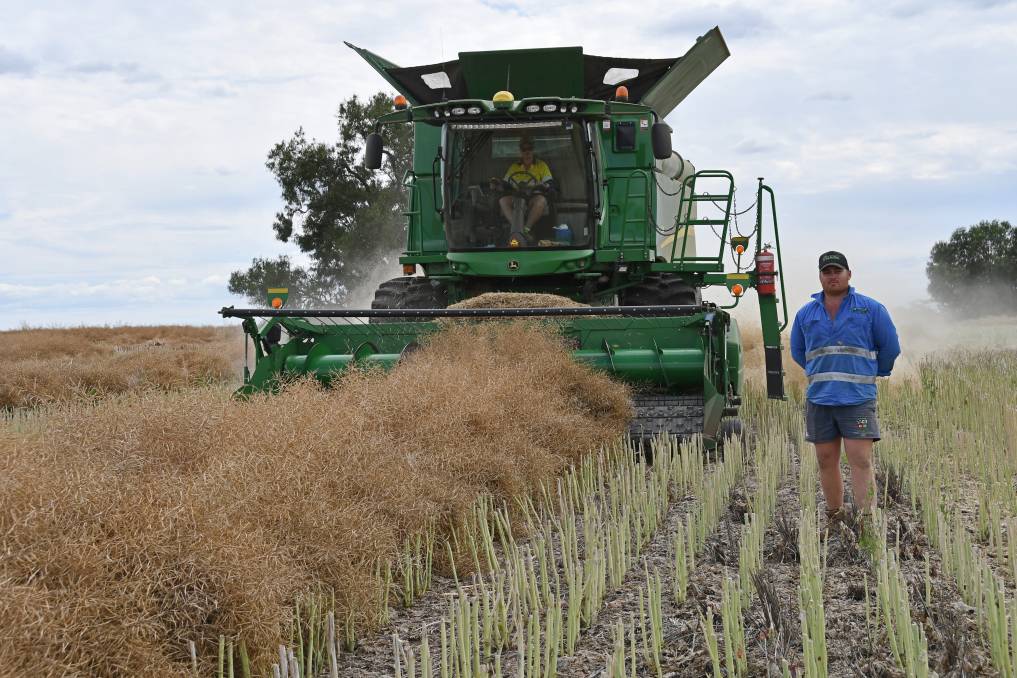 THE sound of rumbling headers is filling the air across the state's north and hopes of a bumper harvest are starting to become a reality for some growers.

Recent super cell storms have taken the cream off the top of some crops across the state due to hail damage, but for those who are in the paddock taking the crops off, the start may be a prelude to a sensational harvest.

Among the growers working around the clock to get the crop off is Will Turner, Turner Farming, who along with his brothers and father, has begun to harvest canola on his Bellata property in the state's North West.

Having planted about 600 hectares of canola, faba beans, wheat and chickpeas, the team began harvesting last week with hopes of being finished by early December.

"It feels like it's been a really long season but it has gone really quickly," Mr Turner said.

"We started planting canola in early April and ran through right until early July, a bit of that was contract work but most of it was ours.

"We've been lucky with how the year has panned out and the way the price has lined up with the season has set us up for a cracking harvest."

Despite being down five per cent on last season's crop, the outlook is still 25pc above the country's five-year average.

"Short global supplies of grains and oilseeds will continue to support Australian prices over the year ahead," he said.

"And although global prices can be expected to soften as new crops in different regions around the world come into play, the uncertainty that exists around seasonal conditions in grain-growing areas and the process of global grain stocks re-building will keep prices at least above the range of the last six to seven years."

One of the biggest challenges facing many growers across the country is a shortage of workers caused by COVID-19-enforced state and national border closures. 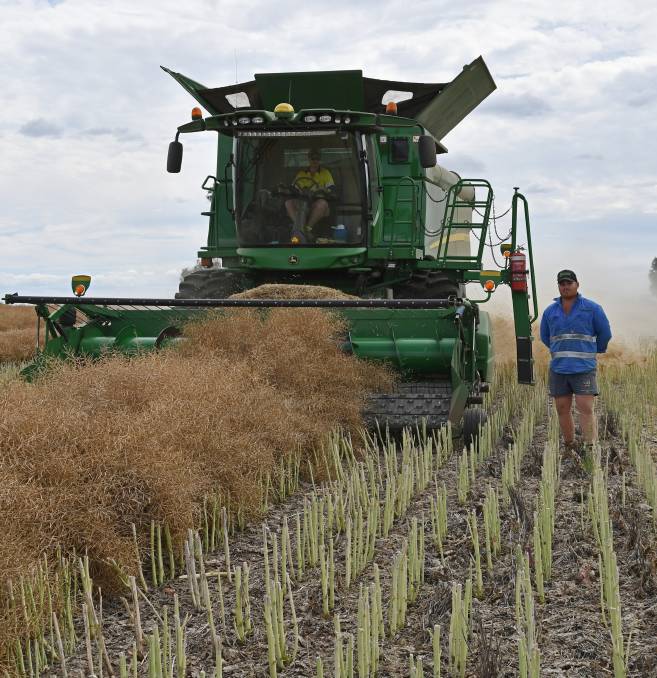 Will Turner, Turner Farming, in the the crop of canola being harvested in Bellata. Photo: Billy Jupp

However, the Turners have been able to work around the problem by calling on old school friends from their St Alberts College, Armidale, days.

"Staff wise, I think everyone is struggling a bit and operating under staffed, but there isn't much you can do other than push on," Mr Turner said.

"Luckily for us, I finished at Albies in 2017, my brother Angus finished there in 2020 and my youngest brother Charlie still has two years to go, but we have all been able to rely on our network of mates from school to come and give us a hand, which has worked out really well.

"Labor-use efficiency has been a big thing for Angus and I as we have taken on more of our own work as well as contract work, and we've been really looking at ways to maximise what resources we've got.

"It does have a bit of an Albies flavour around here at the moment which is a bit of fun."

The beginning of harvest comes after GrainGrowers released its State of the Grains Industry report, which comes out every five years, that found the annual gross of grain across the country annually had risen to $12.9 billion despite disruptions and an eight pc decrease in average grain production.

The report also found growers had pivoted from international markets to domestic markets in the wake of the recent drought, a move Mr Turner said was becoming more prevalent.

"I wouldn't call myself an analyst in any way but I am really interested in trends and things like that, so I took a look at the 10 year average for prices, which was why we forward-sold some canola domestically," he said.

"Since then the price has only continued to firm which I think is a pretty strong indicator of how guys are weighing up their marketing options."

The 24-year-old said he was hopeful back-to-back strong seasons would go along way to help producers recover from the drought.

"It was a pretty tough slog but it feels like we're getting back on track now," he said.