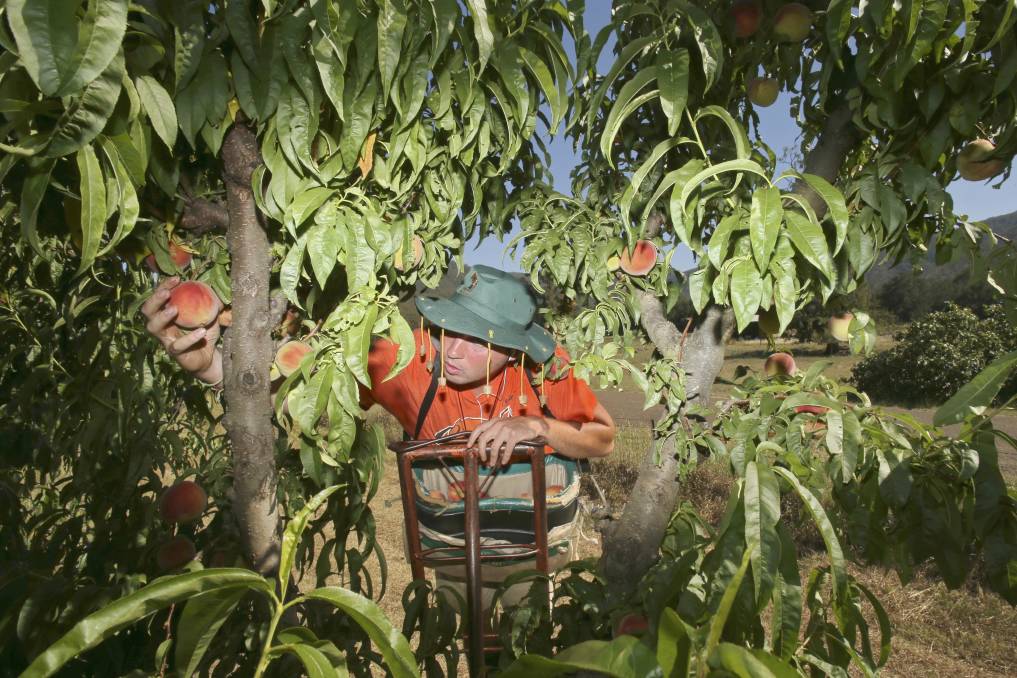 A shortage of workers in the state's horticulture sector was high on Friday's meeting agenda. Photo: File

HOPES of a solution to the ongoing labour shortage facing the state's agriculture sector out of the East Coast Labour Taskforce's meeting did not come to fruition.

Agriculture ministers from NSW, Tasmania, Victoria and Queensland as well as representatives from all of the state's peak industry bodies met last Friday to discuss the ongoing labour shortage, which is estimated to be at around 10,000 workers.

Topics during the meeting included state and international border restrictions as well as the potential for more Pacific Island workers to enter Australia to help fill the shortfall.

However, despite a lot of positive discussion, NSW Farmers chief executive officer Pete Arkle said no "breakthroughs" to help combat the problem were reached.

"It was an important, timely discussion and it was good to see all of the agriculture ministers from Queensland, Tasmania, Victoria and of course NSW come together," Mr Arkle told The Land.

"I think it was a little bit challenging because we were still talking about the same issues we've been talking about for the past 12 months and we probably didn't see any breakthroughs out of the meeting.

"The respective ministers are all wanting to work collectively across the east coast to minimise potential disruptions or barriers, which I think was a positive out of the meeting.

"They all made comments recognising the urgency of which solutions are needed, but we didn't get any breakthroughs from the discussion."

Mr Arkle said one of the key solutions the organisation was hoping to push across the line was to allow for more workers from the Pacific Islands to enter Australia to help fill some of the vacant positions.

"The only obvious solution is the Pacific Seasonal Labour Scheme, given there are 55,000 seasonal workers ready to go basically, the challenge comes down to how we get them into Australia as quickly as we can to deploy them to harvest this crop," Mr Arkle said.

"Seeing those discussions continue at a ministerial level is very important."

Along with encouraging more overseas workers, the topic of relaxing border restrictions between all of the eastern states was also high on the agenda of Friday's meeting.

"There was a few dimensions to it but certainly state border concerns are top of mind for those horticultural workers that are already in Australia and are willing to help with harvest in the southern states," Mr Arkle said.

"We're hearing concerns about the Queensland border regarding workers who may be interested in coming to pick in NSW that are fearful that they will be required to do hotel quarantine if they go back to Queensland, which would be at a large cost.

"Things are obviously getting a bit better with Victoria and the removal of quarantine for fully-vaccinated workers after November 1 into NSW is a major step forward as well.

"So that's the piece that continues to worry our members, particularly in the horticulture sector, given there are thousands of vacancies and we're not marrying up those Pacific workers with the demand from family farms in NSW and Victoria."

No date has been set for the next East Coast Labour Taskforce meeting.

In a joint media statement, all of the agriculture ministers said "the East Coast Ministers will continue to meet as they have done in the past and work to deliver a co-ordinated response between states in partnership with industry."

"The taskforce will address the needs of employers and workers and maximise the efficiency of this critical workforce," the statement read.