The 50th annual Retallack Border Leicester stud sale was celebrated in style, with a young up and coming talent in the breed, snapping up the top ram for $29,000 to mark the special occasion.

A gallery of stud buyers were on hand to secure the top Retallack genetics and it didn't take long for a few of them to lock horns across both the stud ewe and ram offering, with a few of the top young breeders setting the pace across the top end. 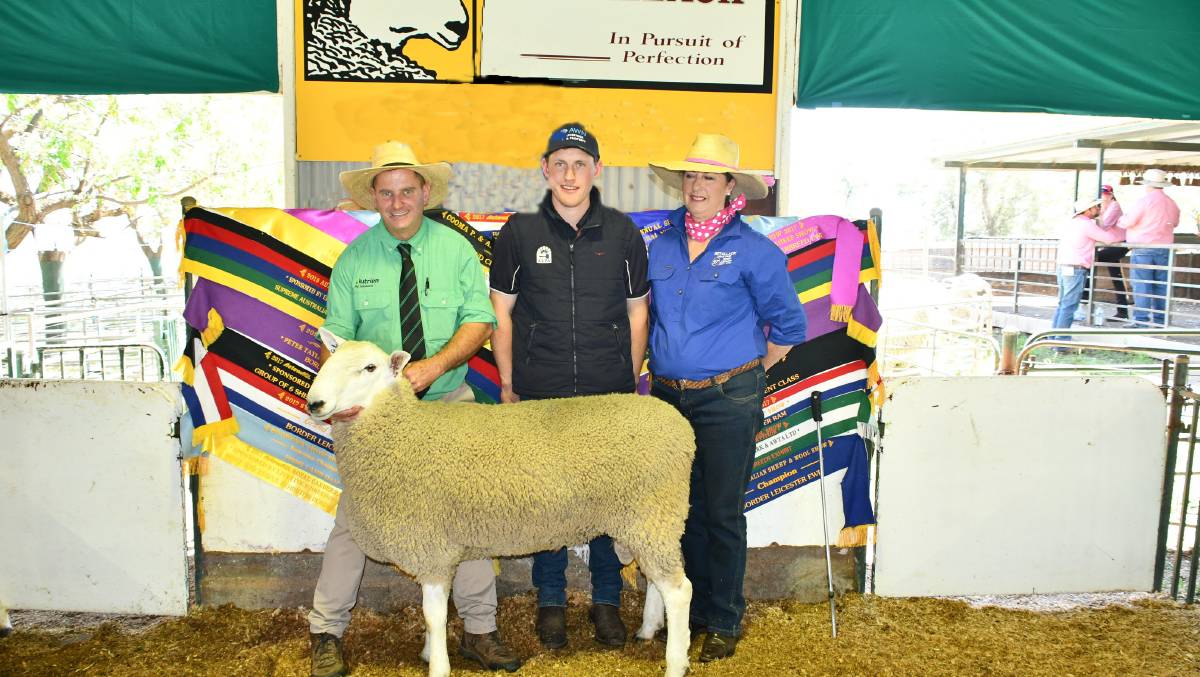 Mr Schilling said he just loved the ram and was willing to go all the way to get him.

"He is a sheep that stands up in a pen and says look at me," he said.

He said he had used the Exceed and Excell sire before and he was happy with the results.

"The Retallack sheep are very predictable sheep and when you buy, you know exactly what your going top get, which allows you to buy with confidence," he said

Darren Crain, Adelong, startyed the stud ram draft with a bang, paying $11,000 for another Exceed and Excell 2nd son in retallack 502.20, scanning 42.44 EMA and shopwing real stud sire appeal in the ring.

Ben Simmons, Talbragar Border Leicester stud, Leadville, has been a strong supporter of the Retallack program for many years and again paid $9000 for Retallack 242.20, a Four and Twenty Two son, with plenty of punch and hindquarter.

Mr Simmons said he believed he had bought the most structurally correct ram in the draft, he had a good sirey head, heavy fleece, with good figures and he was backed by strong physical attributes.

Campbell Roweth, Basalt Border Leicester stud, Brown's Creek near Carcoar, bought the top stud ewe at $4750 in a draft of six that averaged out at $3417.

Mr Roweth said he was in the process of building his stud and his mentor had pushed him to secure the top genetics at Retallack to build a base.

"I was amazed at the body of the ewes and wanted to target the top end of the ewes to inject into my flock," he said.

The flock ram buyers settled in and were lead by Michael Coggan, Elders Yass, for EJ Merriman, Yass, securing 12 rams at a $2917 average to set a floor in the market early.

Following suit was Corringle Partners, Rugby, who snapped up eight at $2125, Veolia Environmental, Goulburn, bought eight at $3063, while Chastworth Pastoral, Binela, paid to $4000 for flock rams and averaged $3500 for five.

The sale was conducted by Elders and Nutrien with Steve Ridley, Rick Power and Tim Woodham as the auctioneers.