David Greig, Bellevue, Tottenham, has seen a two-fold increase in the number of lambs marked at his place after targeting fat, muscle and growth.

A renewed focus on fat, muscle and growth brings substantial returns for Merino producers, with more lambs on the ground and a tougher, more resilient article.

Targeting fat, muscle and growth traits is fast becoming a game-changer for the once wool dominant Merino breed.

Not only does it have the potential to double an enterprise's lambing rates and improve wool production, it might also make them a major player in the sheepmeat market space by meeting consumer demands with premium value lamb cuts.

Tottenham Merino producer David Greig (who is featured on our cover) says lambing rates on his property have increased almost two-fold in 10 years, since selecting rams with above-average Australian Sheep Breeding Values (ASBVs) for fat and muscle, and good growth rates.

He changed his genetic base in 2012, and has noticed a significant improvement from those rams.

"Prior to Mumblebone (genetics) we were averaging 75 per cent (lambs marked) to ewes joined," Mr Greig said.

And according to Wool Producers Australia CEO, Jo Hall, Mr Greig isn't the only one pushing the industry envelope with a focus on carcase traits.

During this year's ram selling season, studs offering performance recording across a number of traits for both wool and meat production saw a lot of interest

Mr Greig said that to select rams, he ranked the entire sale draft, focusing this year on the number of lambs weaned and then on other desirable factors including breech wrinkle and breech cover.

He chooses not to use selection indexes, instead opting to target carcase and reproduction traits while maintaining fleece weight.

"You end up with a far more resilient animal and one that responds quicker to changes in the season, and is less affected by adverse seasons," Mr Greig said.

Meanwhile he said the bare breech traits came as part of the package.

"We've crossed that bridge with the breech wrinkle side of things," he said.

"People looking to cease mulesing today would get there faster because the data is there, and it's easier to achieve than it was 10 years ago." 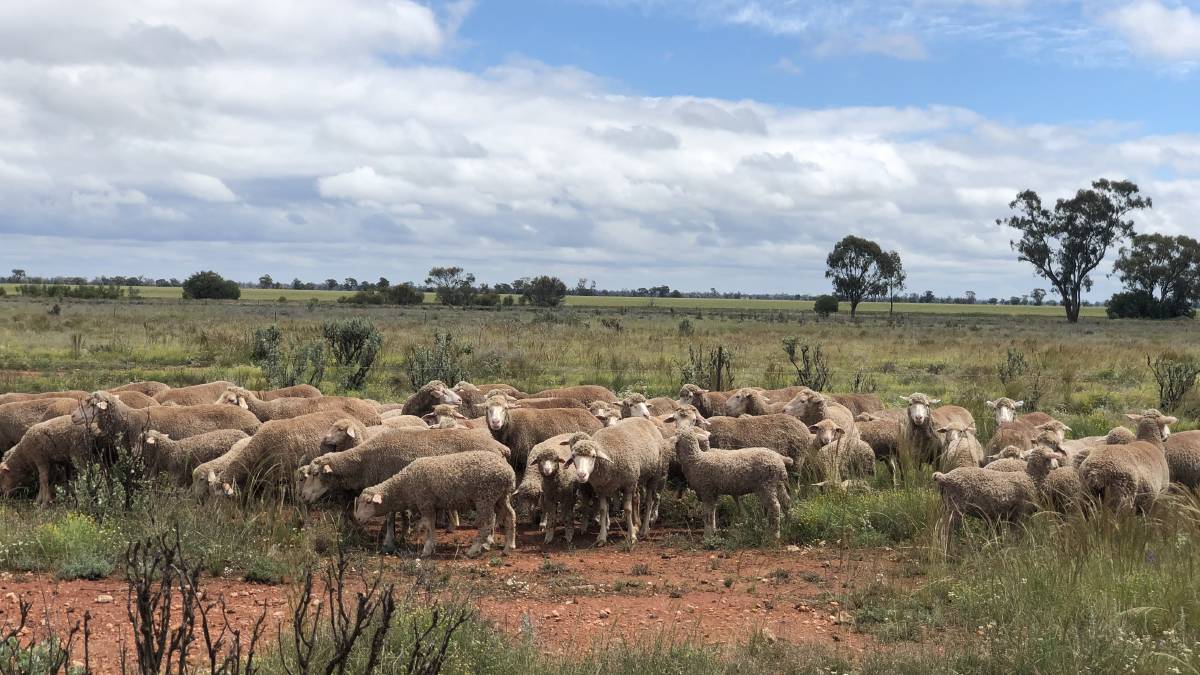 After joining his entire ewe lamb cohort this year and achieving a 63pc marking result, Mr Greig said that he now hoped to get a lamb from as many seven-month-old ewes lambs as possible, putting selection pressure on his flock to produce the most fertile ewes.

He expected the pay-off would come as those ewes' daughters filtered through in the next generations, contributing to an increased proportion of the overall flock.

Recently, Mr Greig has taken advantage of long-term agistment to accommodate the demands of such high lambing rates. In 2019 and 2020 his entire flock was based at Wilcannia, and in July 2020 some ewes were also at Coolah.

"We had such a good lambing rate we needed to spread them out to lamb them. It's a good problem to have and they're easy to replace at those reproductive rates," he said.

With improved conditions across the state's wool growing regions and the herd rebuild gathering pace, wool production in 2021 and 2022 is forecast to increase by 6.9pc. At the same time, sheepmeat exports surpassed a record $1 billion last year. Dr Mortimer said these factors were driving traditional, commercial Merino producers to consider a dual-purpose operation.

She said the latest research would assist producers in genetic selection, by improving the accuracy of selecting for meat yield and quality, and wool production traits.

"Data was collected from more than 1400 wethers sourced from the Merino Lifetime Productivity project and submitted to the national genetics database for Merino sheep, MerinoSelect," Dr Mortimer said.

"The research found these traits were inherited. With the right breeding program, producers can have the confidence they will breed animals to better satisfy consumer preference." The research is now available to be combined with Merino data from other sources, enabling more accurate estimation of genetic parameters for meat production and quality.