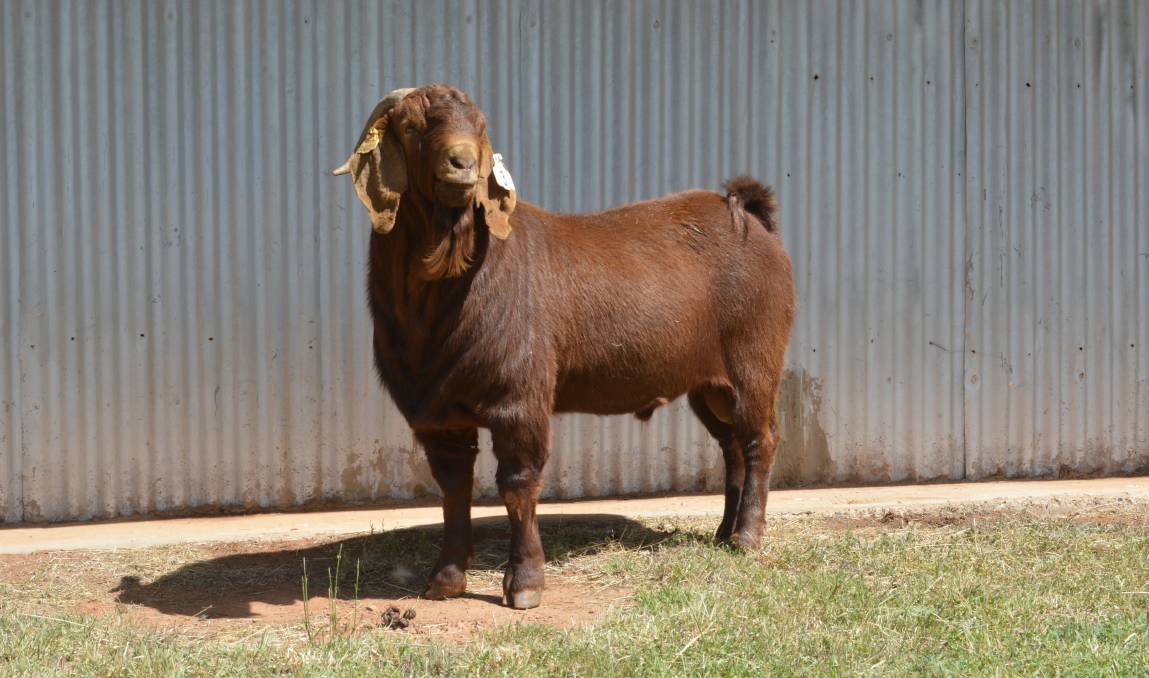 A Red Boer buck has set a new Australian record of $12,000 selling privately to Tilpa based buyers.

FOLLOWING the trend being seen in the sheep and cattle industries, a Red Boer buck has set a new Australian record of $12,000 selling to Tilpa based buyers.

Youlden Valley "Brock" is the new national top-priced buck which was bred by Tom and Simone Youlden of Youlden Valley stud, Cargo and Tomingley.

Justin and Julie McClure of Kallara Partners purchased the eye-catching May 2020-drop sire prospect privately for $12,000 for their Kallara Station operation at Tilpa.

Weighing in at 81.4 kilograms with an eye muscle depth of 32 millimetres and rib fat of 3mm, he was sired by Youlden Valley Negan and out of Armadown F E9134, and was said to be "the breeders' pick".

With national and state champions on both sides of his pedigree, including a three time national champion ewe as his grand dam on his dam's side, Brock was described as a buck that would suit any commercial or stud enterprise for the balance, masculinity and vigour he offers industry.

"He is a well balanced, free moving buck that would go out and work in any conditions," Mr Youlden said.

"Brock carries a good eye muscle, the highest in the red bucks on offer in the catalogue, and he is definitely a buck that will leave a mark in any program."

An asset to any herd, the Youlden Valley stud retained semen for personal use.

Prior to that, Rangeland Red Tag 9094 held the title after he sold for $9000 to the Moseley family of Etiwanda near Cobar, last November at the first annual Cobar Red and Black Goat Sale.

No strangers to records, the Youlden Valley stud previously held the record in September 2020 when they sold Youlden Valley "Cobber" for $5000 at the inaugural Queensland goat sale at Allora. He was purchased by Selena Richardson of Waterloo Boer Goats.

Mr Youlden commented it was great to see people seeing the value of quality genetics, and investing in the future of the goat industry.

"We have been specialising in goats for almost 20 years, and people are starting to understand quality," Simone Youlden added.

"It is about striking the balance between quality and also resilience for the Australian market, and that is something we have been working on for a long time.

"The interest is there and it is growing and developing - people are seeing them more like bulls and rams, you need to invest in quality.

Mrs Youlden said developing animals and quality genetics that offer that balance is what they are very passionate about.

"Results like this, and growing demand in goats is good for the whole Australian industry," she said.