Breadalbane-based shearer, Troy Smith, will reach the one million sheep-shorn milestone in November. 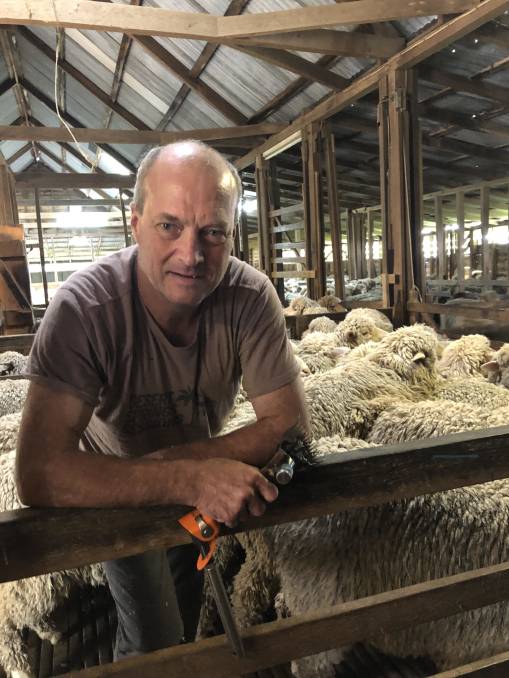 WHILE Australia's wool industry grapples with how to attract and retain shearers, one of the 'best in the game' will next week hit the magic milestone of one million sheep-shorn after more than 30 years in the industry.

There's barely a woolshed across the NSW Southern Tablelands that Troy Smith hasn't shorn in, diligently carving himself a reputation as a quick but careful shearer who has always taken immense pride in his work.

Born and raised in Crookwell, Mr Smith has been shearing since 1989, initially learning a few tricks of the trade from older brother, Ashley.

"When I started it was a bit of tough love," Mr Smith said.

"There were no schools or training days. A contractor gave me a handpiece and said, 'don't whinge and don't cut them'."

A contractor gave me a handpiece and said, 'don't whinge and don't cut them'. - Troy Smith

"At first it was something I just got into. But it's become my lifestyle; my life," he said.

"And now it's hard to get out of because it's in my blood.

Mr Smith says while the equipment and technique used in shearing has barely changed in the last century, the size of sheep has increased dramatically - particularly in the past five years.

"The sheep are massive now, that is definitely the biggest change I've seen," Mr Smith said.

"That is certainly making the job a lot harder and could be affecting the numbers of shearers staying in the industry. Young bodies are just not designed to lift 100 to 150-kilogram sheep day in, day out."

Mr Smith officially started keeping a tally of his daily numbers from 1994, and with a daily count of around 150 to 200 sheep a day he expects to hit the one million mark in early November.

Boss, Peter Robinson, has heaped praise on a friend he describes as a quiet achiever and "one of the best tradesmen you will ever meet".

"He never complains, he just does the job," Mr Robinson said.

"I can't find enough great words to say about Smithy, and I truly believe the industry would be in a better place if there were more shearers like Troy Smith.

"He's been a quick shearer all his life and is as honest as the day is long.

"He takes immense pride in his work. It's a fantastic achievement, and one he's worked hard to reach."

At just 49, Mr Smith, who now lives on a property at Breadalbane, west of Goulburn, concedes shearing has been 'cruel on the body' but says he has no plans to hang up his handpiece anytime soon.

"It's been a goal to get to one million. How long after that, I don't really know."