This is the first part in the series celebrating our country pubs. The song "A Pub With No Beer" was made famous by the late Slim Dusty.

But it could be said a town with no pub was just as dire.

While the pandemic has changed the way of life, our pubs have been the shining light and reinvented the wheel to help keep their town's economies ticking over.

Throughout the seasons, both good and bad, the country pub has been described as the beating heart of any rural community.

The buildings have welcomed weary farmers battling Mother Nature, many who aren't church goers but the pub has been the closest thing they get to a confessional.

According to the Australian Hotels Association (AHA), there are 1332 pubs in regional NSW, which account for more than half of all pubs in the state.

Of those there are ore than of 260 one pubs towns.

Some pubs are well-known for their parmies and locally-grown steaks, others have quirky memorabilia on the walls and some have interesting names.

The Royal leads the way for the top 10 most common pub names. It's followed by the Commercial, Railway, Imperial, Tattersalls, Grand, Courthouse, the Aussie (Australian), then the Central and Star.

Setting aside some names we inherited from Britain and those named after their towns, some of the more quirky local haunts include Cow and Calf, the Blue Cattledog, The Pub, Loaded Dog, Wombat Hotel, Bland Hotel, Bogan Pub, Shindy's Inn, Jolly Swagman and Cooee Hotel.

AHA NSW liquor and policing director John Green said the value of a local pub could not be underestimated as they provided so much more than just economic benefits.

"They are a place where mates watch sport, family catch up for dinner, girlfriends meet for drinks or a dance and every now and then the occasional romance starts. They provide safe haven in times of flood and fire, and donate millions to local charities," Mr Green said.

"In terms of employment and local economies, it's not only staff employed directly but also cleaners, security, fridge mechanics and food providers that all rely on the local for much of their business to keep local economies ticking over."

That's why The Land and our readers want to give a shout out to our country pubs that certainly give country folk a reason to celebrate the colour of life. 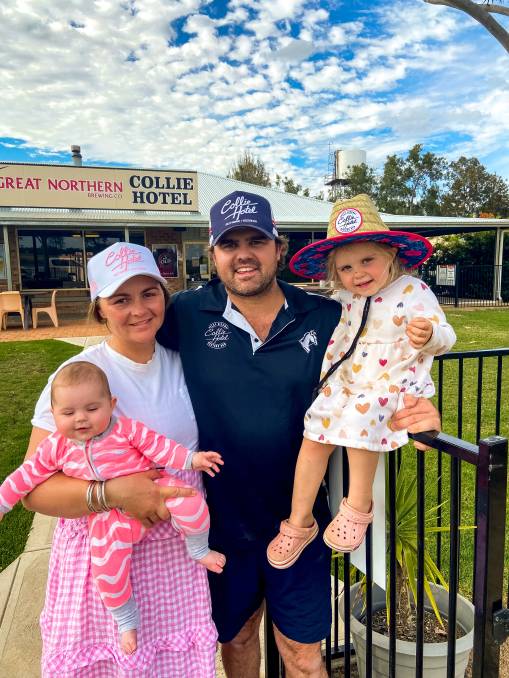 Ask anyone in the north west about what's a good news yarn and they all say "have you spoken to Tom at the Collie Hotel?"

So that's exactly what happened and we weren't disappointed.

Tom and Emily Hancock, who run the Collie Hotel on the Oxley Highway, became a social media phenomena in lockdown with their daily videos depicting life in a country pub.

They certainly left people laughing out loud with their interpretation of those that walk through their doors from the stock and station agents, to farmers, shearers and even a hen's party.

But it's more than just the videos that were a welcome laugh in lockdown, when you walk through the pub doors you are greeted with Tom and Emily's vivacious smiles and a 'G'day how are you going?' epitomising true country hospitality.

And farmers sitting at the bar for their counter lunch can certainly attest to that. 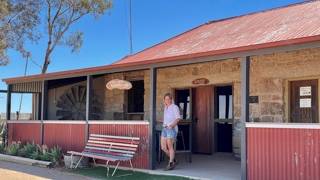 Built in 1882, the Albert Hotel was the first to be licensed in Milparinka and was just one of four hotels in the historic township at the height of the gold rush.

Today, there aren't many pubs where you can taxi your aeroplane right up to the front door to not only refuel the plane but yourself.

Walking through the doors, you will find a fish pond in the courtyard, which is unique and an original explorers map from 1901.

"It's been a tough couple of years with drought and COVID-19 but we have a great local community that supports us," publican Rebecca Young says. 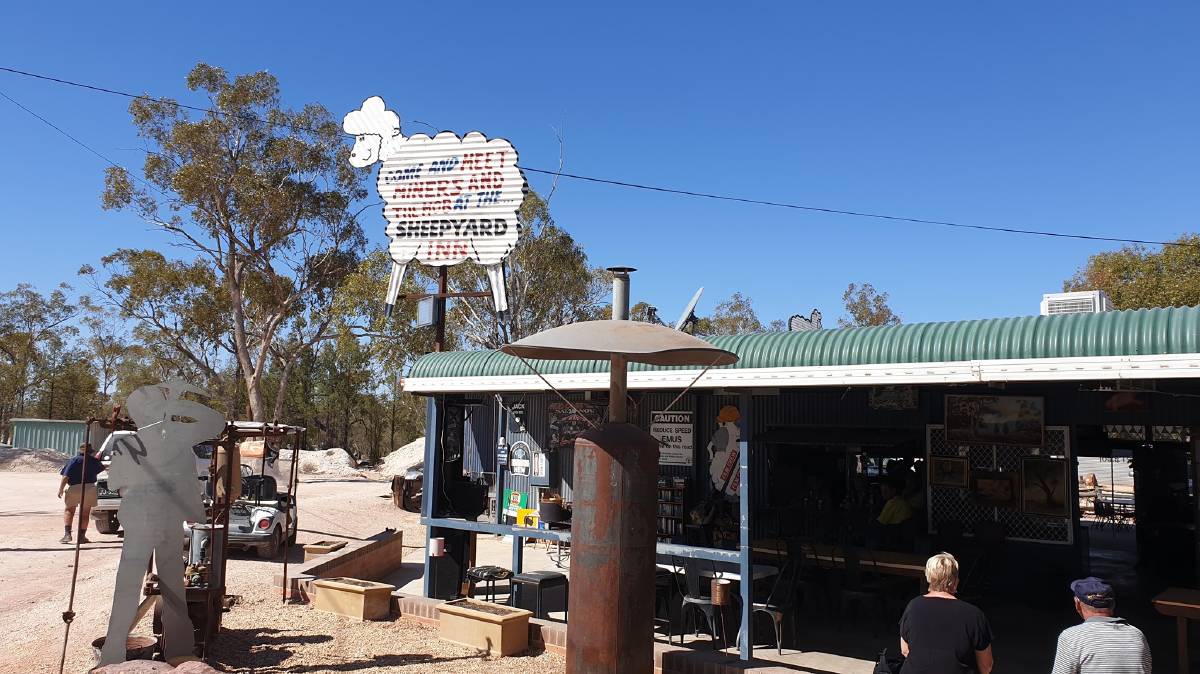 It's one of three pubs at Grawin west of Lightning Ridge that have popped up on the back of opal fever.

Nearby is the Glengarry Hilton as well as the Pub in the Scrub, that also service the opal region.

They are certainly unique pubs with lots of memorabilia of a by-gone era to look at as well as a "cold beer and good conversation that always flows". 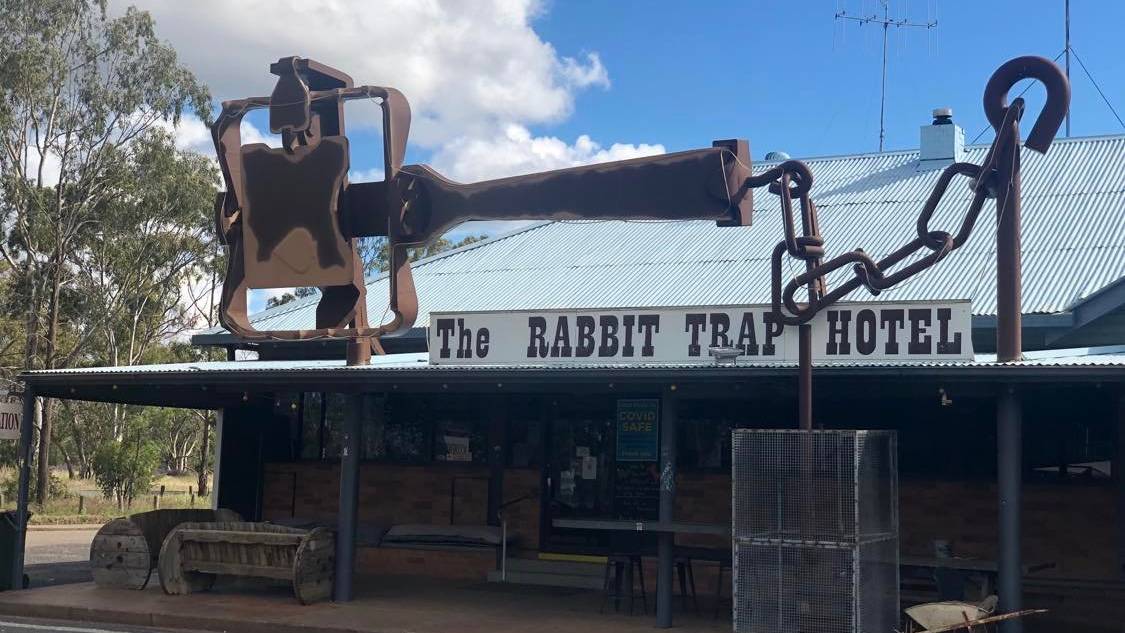 As its name suggests there is a giant rabbit trap, 9.5m wide and 3m high, out the front of the pub.

With the town's population sitting at 11, it relies on tourism for trade.

"With restrictions easing, we can hold Christmas parties and will have more people travelling past, which will keep people employed," bar staff Joanne Elphick said.

"We are known for our steaks, whether you like it blue or well-done you will still get a beautiful locally sourced tender steak.

"Plus we are the only place besides the service station that has mobile reception in town." "Why not come here, we have cold beer" is certainly one reason to venture to the Booligal Hotel, owner Chris Sharp says.

"It really has a great atmosphere, people are really happy when they come here whether they are locals who have been working hard on their property or travellers who are happy to be away from home and out in the country," Chris said.

While he said the first lockdowns last year were not "too bad", he said the last one was terrible for business.

"It's certainly good to be open again," he said.

Related reading: Ones to watch: Meet the young faces of agricultures bright future