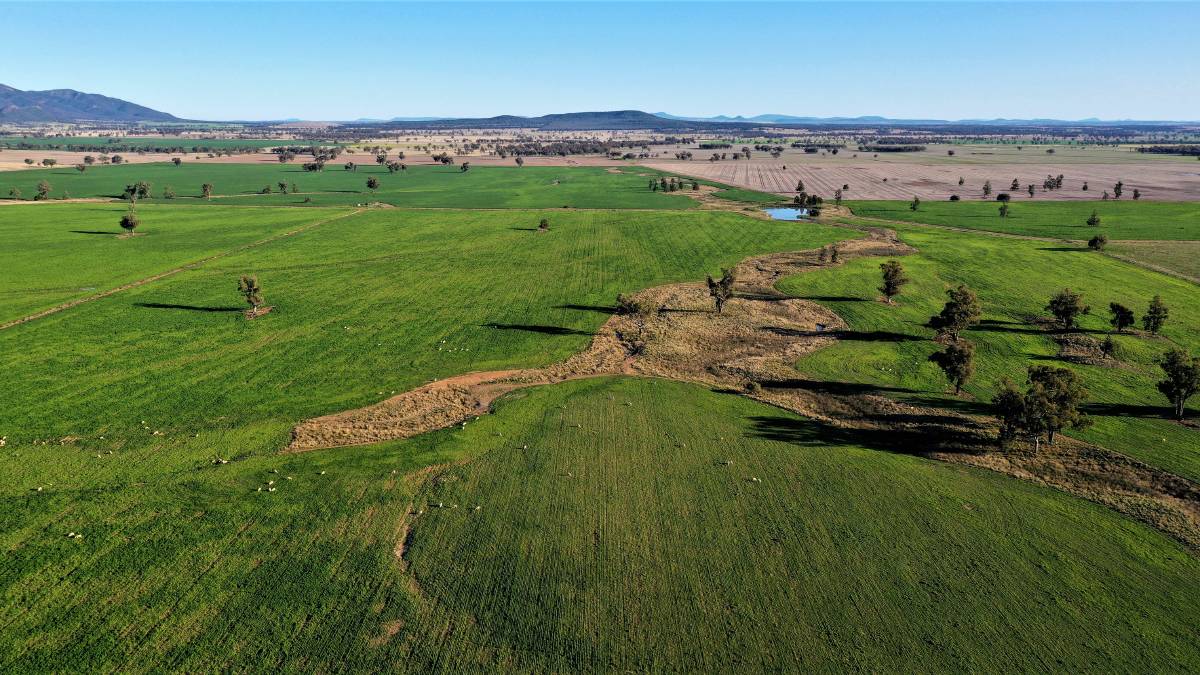 Contracts have been exchanged for both the Sylvania 3444-hectare aggregation near Boggabri and the 12,548ha Marshmead aggregation at Walgett in northern NSW owned by Sir Michael Hintze's business, MH Premium Farms.

The two aggregations belonged to a 19-property portfolio totalling 82,000ha stretching from Giru and Ayr in Queensland's Burdekin region through NSW and as far south as Penshurst and Hawkesdale in south-west Victoria.

MH Premium Farms chief executive Ed Dunn said he could not disclose the sale value of the two properties or the buyers but they are all believed to be local purchasers.

The two sales are the latest transactions in what's been a very busy year for the business, which has grown fast since it was founded in 2007 by Sir Michael Hintze but Mr Dunn said it was not searching for properties to replace them.

"We're just keeping our powder dry, waiting for the next opportunity or drought," he said.

Mr Dunn said he thought the farmland property market could be overheated in some areas but said he felt he wasn't qualified to comment on the regions because MH Premium Farms wasn't "super active in the market".

It was this purchase and the need to "rebalance" the portfolio that triggered the decision to put Sylvania and Marshmead on the market, .

"Sylvania doesn't quite fit with our strategy and it's a small operation by our standards without a great opportunity to grow," Mr Dunn said ahead of the two property sales.

MH Premium Farms was targeting properties valued at more than $25 million and he said Sylvania would be roughly half that. The strategy involved balancing operating yield, capital growth and volatility.

"In low-rainfall cropping, although capital growth has been quite good of late with interest rates and commodities driving demand, you tend to have less capital growth but higher cash performance long term with a lot more volatility."

At least 60 per cent of the portfolio was considered to be in the lower risk areas, with the remainder more volatile but higher performing.