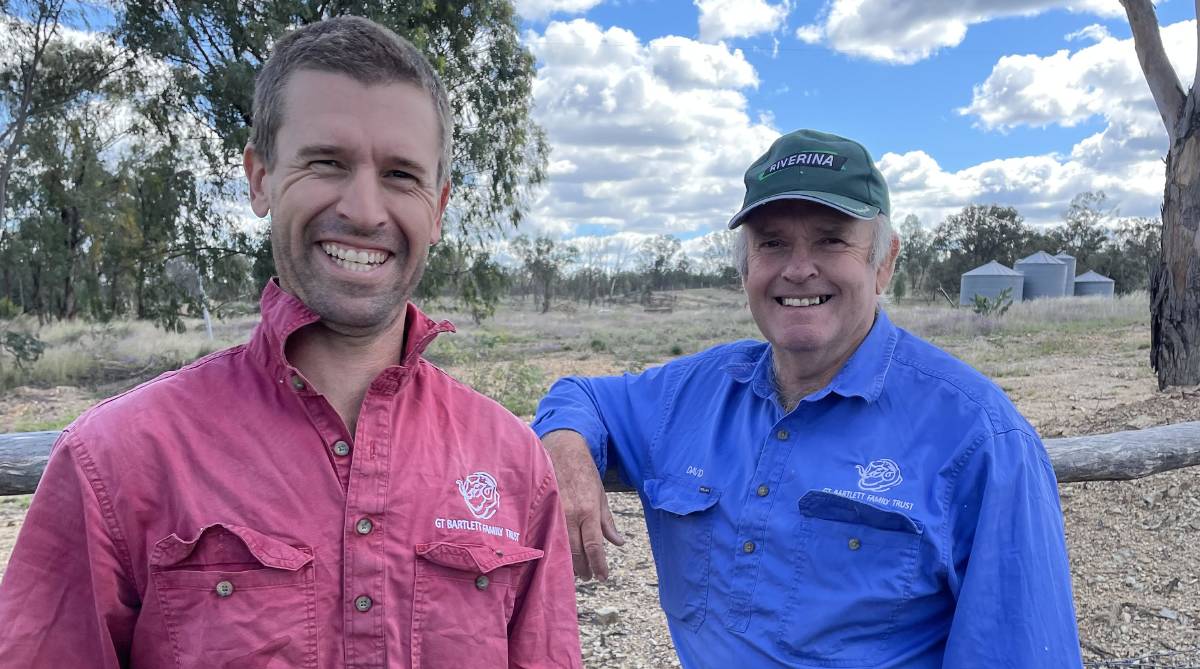 Traprock region graziers David and Matt Bartlett have had a major rethink in the way they manage their country.

Traprock region graziers David and Matt Bartlett have had a major rethink in the way they manage their country.

TRAPROCK region graziers David and Matt Bartlett have had a major rethink in the way they manage their country as they move to accommodate goats into their usually exclusive wool growing operation.

Attracted to the hardy ruminant because of the impressive returns and suitability of animal to the sometimes nutritionally challenging northern tip of the New England, the father and son team now view many previously unappreciated woody species on Dunblane at Yuraraba between Warwick and Inglewood as a valuable feed asset.

"Until relatively recently we've been attempting to control vegetation and maximise the amount of grass we can grow for sheep to produce wool," Matt Bartlett said.

"Now we very conscious of maintaining a landscape where we run the goats that contains with about an 80 per cent browse diet. 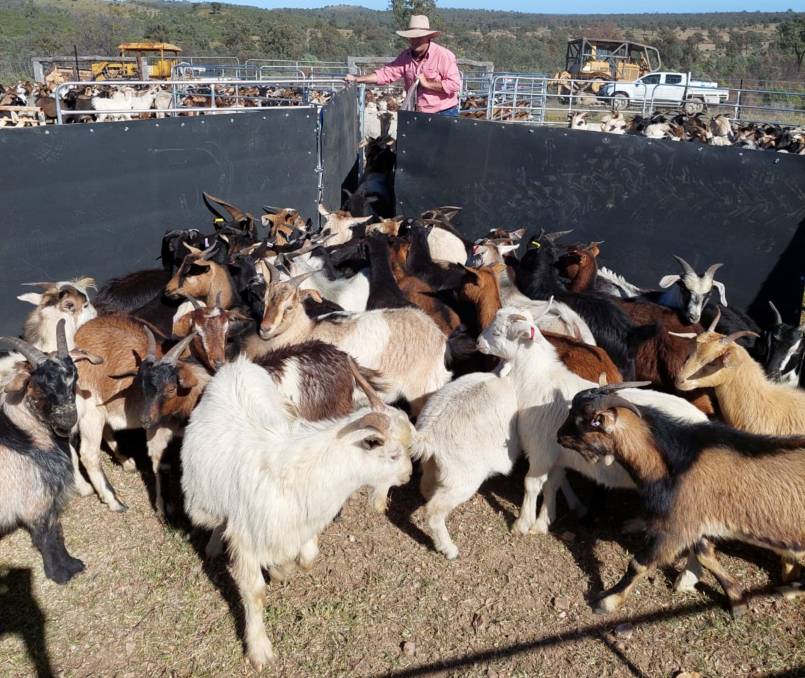 "Those paddocks don't just look different, they are different."

In practical terms, the revised management technique means presenting the growing trees and other woody plants at a suitable grazing height for goats, and keeping the typically rugged landscape in a state of constant regeneration.

"It seems the closer to the ground that goats graze, the more health challenges there are, particularly with worms," Matt said.

"We want to keep the goats eating mainly up here," indicating to a level at about shoulder height. The more we can constantly present them with browse, the more we are delivering on their natural feeding requirements." 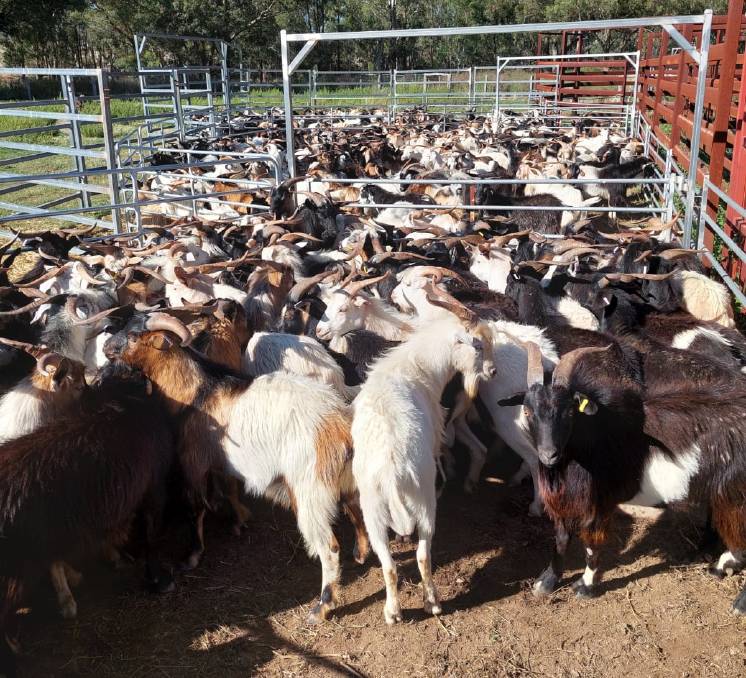 To kick start the goat enterprise, the Bartletts bought 3000 rangeland nannies, to join to purebred and crossbred Boer bucks. They have also bought a number of mobs of mixed-sex store goats, grown out and sold to the meat trade in a six month turnaround time.

"If buying in and finishing store goats had taught us one thing, it is that the males and females have to be separated," David Bartlett said. 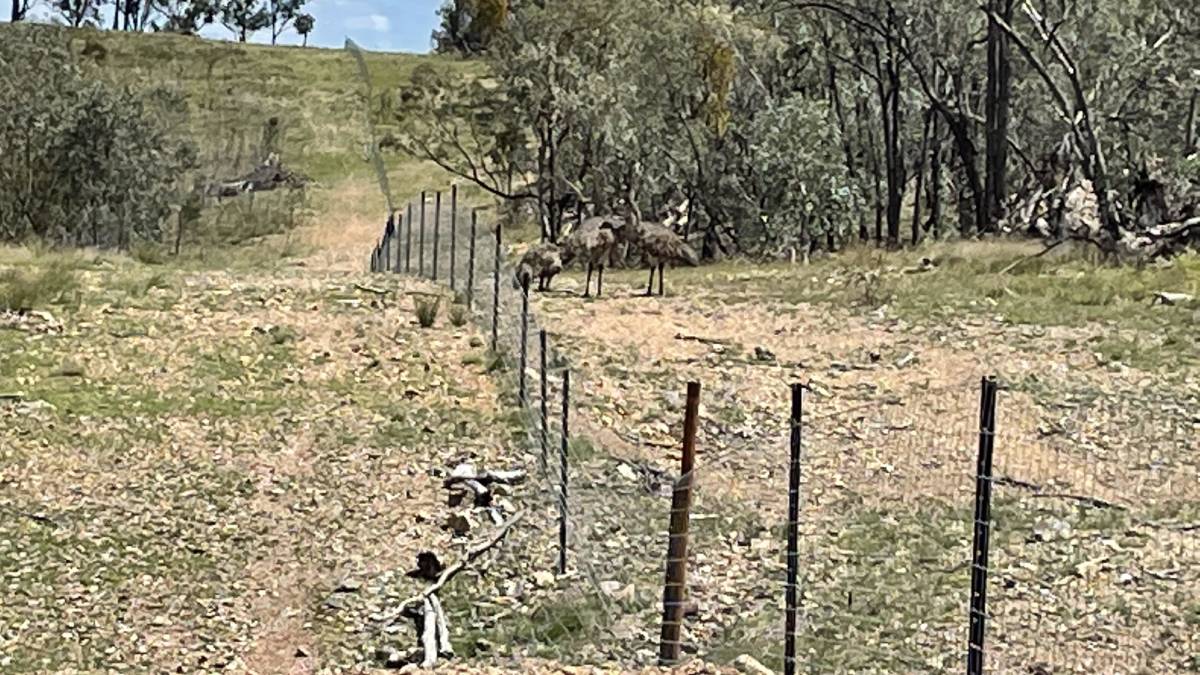 EFFECTIVE BARRIER: 1200mm high exclusion style fencing, about 50mm off the ground, has been used to contain the goats (and sometimes emus).

"The difference in weights and condition between the separated males and females and the mixed mobs is very telling. Unless they are kept apart they are extremely active and won't put on weight. Let me put it that way."

The potential returns are very impressive. Goats are currently selling for up to $10.60/kg dressed direct-to-meatworks or 450c/kg liveweight over-the-scales in Warwick.

The main export markets include Asia, the Middle East, North Africa, and the US. In addition, the red meat protein has major domestic markets in both Sydney and Melbourne. 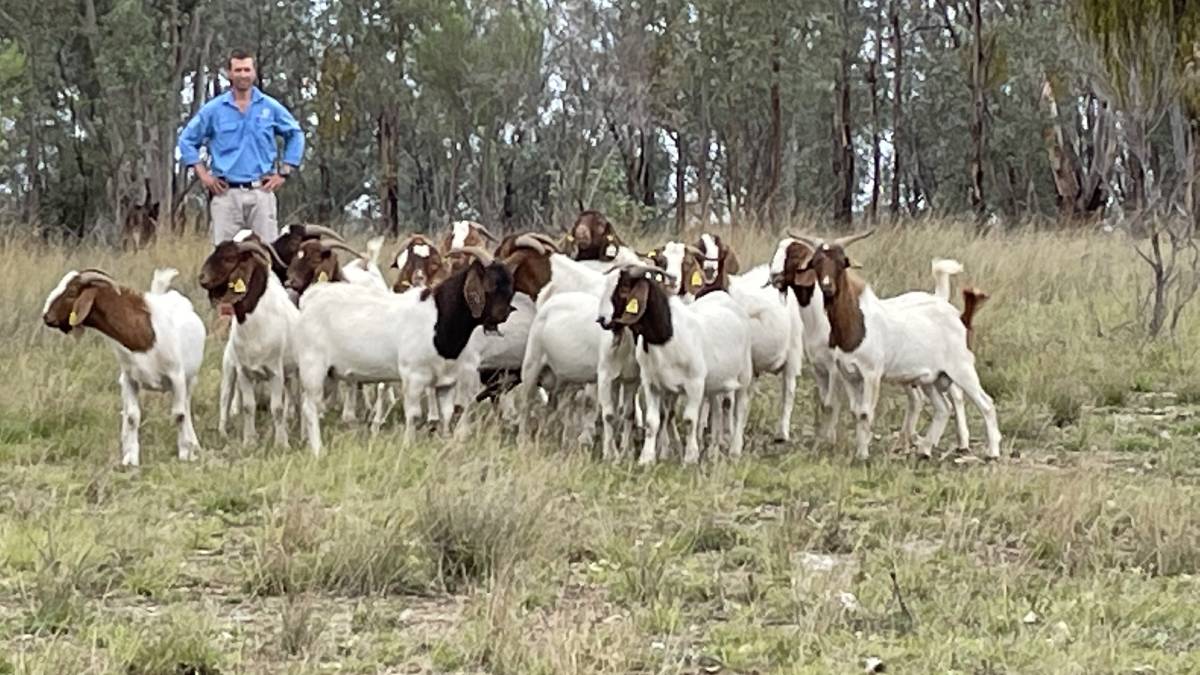 Matt Bartlett with some of the Boer bucks being used on Dunblane.

Adding to the appeal is there is no carcase grading system other than the domestic market preferring an animal with a carcase weighing less than 24kg.

Management costs are also relatively low, particularly compared to sheep. After freight the major expense is often the mandatory eartag required when transferring the animal between properties.

NEW Elders Inglewood branch manager Ben Hammond says he is not surprised by the increasing interest in goats, given the opportunities they represent for the "inside country". "But there's plenty to learn. Producers probably want to consider some auto-lifting handling equipment for tagging and drafting. Good fencing is also pretty important. They can be prone to pushing under fences."