With just a small hayshed and basic cattle yards, a Gunning property sold for just shy of $25,000 a hectare in three days. 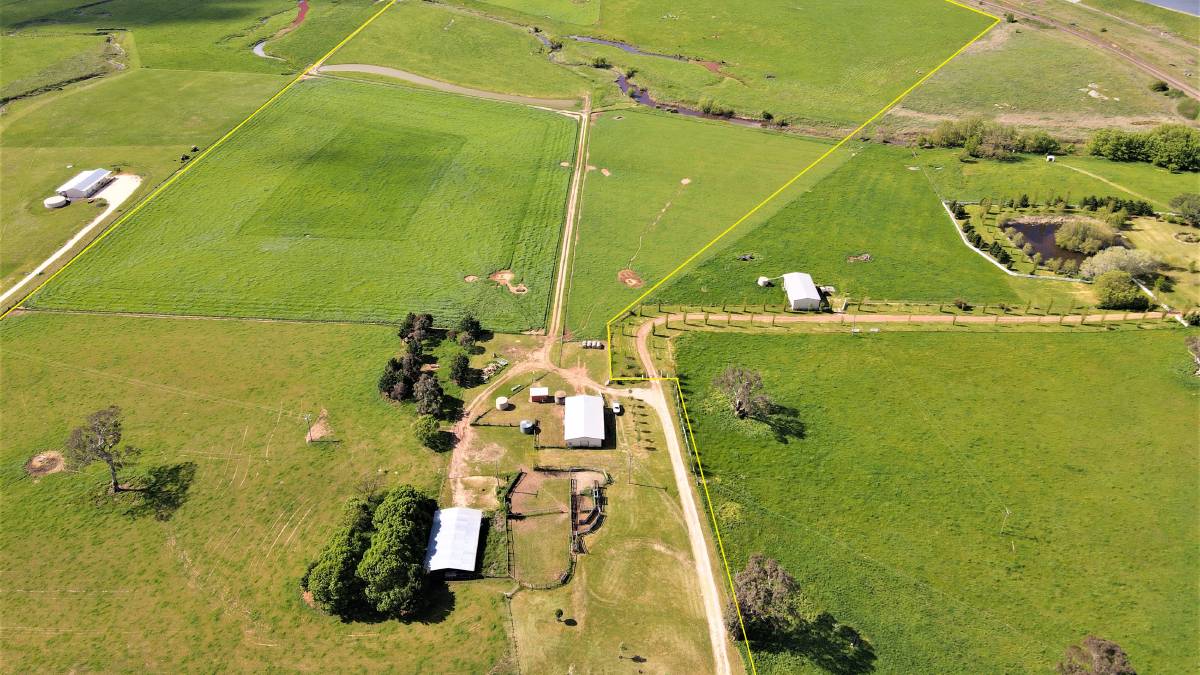 The sale of an 80 hectare farm at Gunning, about an hour north of Canberra, has set a new record for the Southern Tablelands, agents say.

Nutrien Harcourts Goulburn agent Peter Reardon said the property sold by private treaty after just three days on the market made $24,082 a hectare.

While described as "highly improved", the Wilson Lane farm's main infrastructure was just a small hayshed and basic cattle yards, while water was drawn from Meadow Creek.

"It has got the locals talking, edging close to the $10,000 an acre barrier," Mr Reardon said.

The property had, until recent years, been part of Boureong, which was owned by several generations of the Medway family.

The vendors, Scott and Jade McInerney from Sutton, who have more farmland nearby at Lade Vale, sold the property to a Sydney-based buyer for $1,950,000.

"They buyers plan to build on the land and run 50-plus breeding cows, while enjoying their retirement," Mr Reardon said.

The previous record sale was achieved at Roslyn in July this year for the 121ha McAlister, he said, the equivalent of $23,347/ha.

"There was however a four-bedroom, two-bathroom brick home on the property, which if accounted for, would bring the analysed land value back to approximately $20,000ha," Mr Reardon said.

"Either way you analyse it, the Gunning sale has well surpassed the record for rural land in the district."

The original price guidance to the vendors was $1.5-$1.6 million.

"We believed we needed to price the property at under $2 million to achieve interest, however were shocked when a Sydney buyer offered the full asking price for the land after only being on the market for three days," Mr Reardon said.

With only a hayshed and cattle yards as improvements, the property was sold shortly after auction to former Wallaby Jason Little for $16,429/ha or $6651/acre.

The property was once part of the larger Silverton and Wandonga properties, Mr Reardon said had been sold down by the family of Neville Christie.