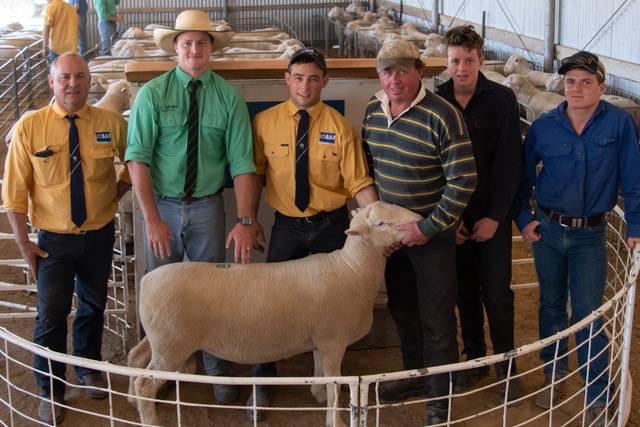 Bo-Bar stud principal Jamie Ramm said it was the best line of rams they have presented.

LOCAL interest in the 39th annual Bo-Bar Poll Dorset Ram Sale drove prices to reach a $3300 top and a $2034 average for the Ramm family of the Braidwood-based stud.

Offering the same numbers to the previous sale in 2020, this year's top price result was up $700 while the average grew by $576.

RELATED READING:Total clearance for Bobar, a comeback after bushfires thwarted the 2019 sale

Bo-Bar stud principal Jamie Ramm said it was the best line of rams they have presented, and they were very happy with the sale results.

"They were very consistent right the way through, and after a good season they grew out very well," he said.

Mostly repeat buyers were operating through the draft, with local support making up a big portion of the purchasers list.

The rams were very consistent right the way through, and after a good season they grew out very well. - Jamie Ramm, Bo-Bar stud principal

Two rams hit the second-top of $3000 with both snapped up by long-term clients that have been buying Bo-Bar rams for 30 years.

Webster Pastoral Company at Reids Flat were the largest volume buyers which put together a draft of 11 rams at a $2145 average.

Wantabadgery-based Belinda O'Connell secured he selection of nine rams at a $2165 average.

The sale was conducted by Elders Goulburn and Nutrien Braidwood with Steve Ridley and Tom McGregor, both of Elders, as the auctioneer.