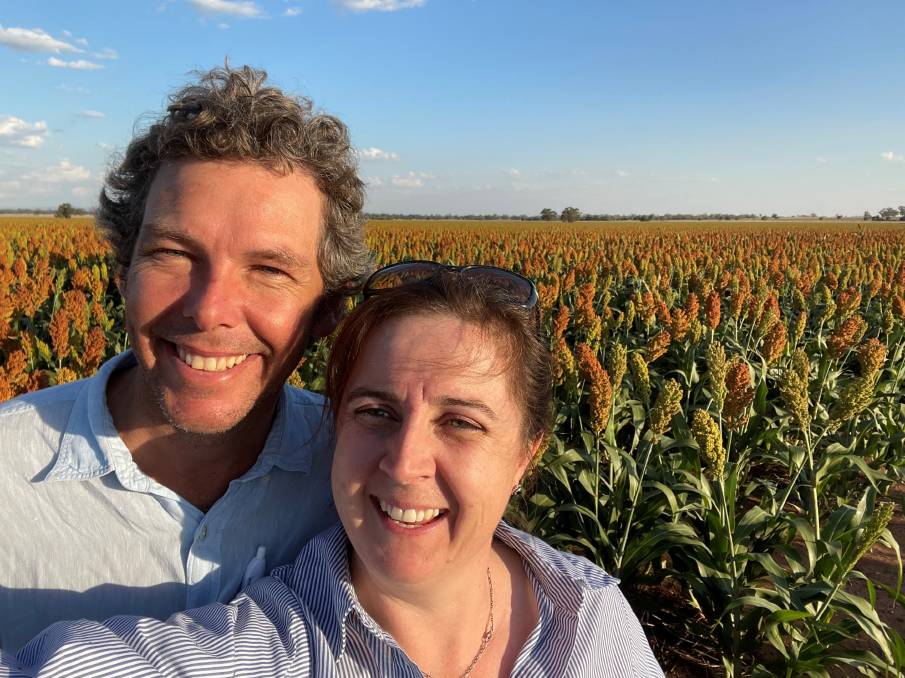 After a decade of variable rainfall and with a La Nina now in play, the Watson and Swift families say they need to be flexible when it comes to their farming operation.

It pays to be flexible when you're farming in the central west where rainfall in the past dozen years has amounted to as little as 230mm or as much as 1087mm, and peak rainfall can come at any time of the year.

That's why the Watson and Swift families have expanded the range of crop types they grow at Tichborne and Nelungaloo, southwest of Parkes, and add summer crops to the repertoire when it suits.

Katrina Swift and her husband Mark - with brother Bruce Watson and his wife Karina, and their parents, Jim and Janelle Watson - crop 3900ha of dryland winter cereals, oilseeds and pulses and summer grain and legume crops.

As well as the traditional wheat and barley, winter crops include canola, triticale, lupins, chickpeas, faba beans, lentils and vetch.

And now with a La Nina in play, Mrs Swift says they'll need to consider their summer planting options carefully.

"We've got a La Nina outlook and we're going into summer with good moisture levels especially after this week's rain," she said.

"Depending on when we can get crop off and what those paddocks look like once we've got it off, we'll make a decision."

They avoid tight rotations, preferring a four to five year rotation of pulses, cereals and oil seeds to minimise the risk of insect pests and disease outbreaks along with developing unmanageable weed resistance issues.

The farm has operated on a 12m controlled traffic system for the past 15 years and a policy of strict summer weed control.

A series of capacitance probes installed after the 2006 drought allows monitoring of changes in soil moisture across the farm.

Soil types vary from sandy clay loams to vertosols and silty clays that Mr Swift refers to as "Lego".

A variable rate lime program is addressing acidity on some areas, and biosolids from Sydney Water have been spread across the farm for the past 26 years.

Each of the partners specialises in an aspect of the business: Mrs Swift manages agronomy in the summer crops, which were introduced in 2011 to take advantage of and hedge against wet harvests.

Since then they've grown mostly sorghum, achieving yields of 1-6t/ha, and double-cropped mung beans, which have yielded 0.25-2.2t/ha.

Mrs Swift said a foray into dryland cotton in 2017 ended after one season when the 420ha crop - the only one in the area - was hit by heat and spray drift from mostly Group I herbicides.

It was ploughed in, instead of yielding the expected two bales per hectare or more.

"We're not in a traditional cotton area and we just kept on getting smashed with drift," she said.

"It's not like I can bundle it up in a bubble - we have to work with our environment - so we've stepped away from cotton until we can get chemical trespass under control."

The first 800ha of this year's crops of Resolute, MR Taurus and MR Bazley sorghum was sown in October and there's another 300ha planned.

Paddocks were double knocked with glyphosate and paraquat to control fleabane, followed by the pre-emergent herbicides Dual Gold and Atrazine at label rates. Seed is treated with Concept II.

The sorghum was sown with an Excel precision planter targeting a plant population of 55,000-60,000 plants per hectare on 50cm row spacings.

Variable rate urea was applied in front of the seed at 180-250kg/ha and a liquid phosphorus product down the slot.

The seed comes with a coating of Cruiser to guard against damage from ground dwelling insects such as slugs, wireworms and cutworms. There's usually a reprieve until Rutherglen bugs arrive at flowering. 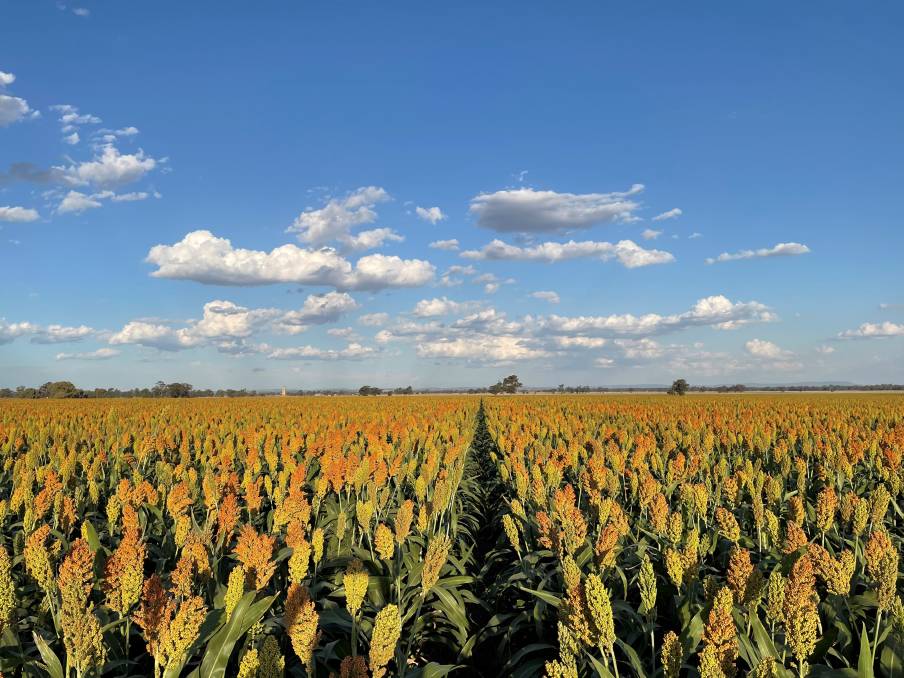 Sorghum at Nelungaloo that yielded 6t ha in spite of mouse damage.

Mrs Swift said a single spray of Gemstar at the registered rate has been enough in the past to quell the larvae without wiping out beneficial parasitoid and predatory insects.

"Fall armyworms are still a bit of an unknown here," she said.

"We didn't see any last year, but I think it'll become more prevalent."

Once the sorghum has reached maturity - signalled by 95 per cent or more of the grains developing a black layer - it is desiccated with an aerial spray of glyphosate at label rates.

It is usually harvested 10-14 days later in March or April, just as sowing of the winter crops begins to ramp up.

"We're pretty much sowing and harvesting at the same time twice a year, which has its own challenges," Mrs Swift said.

A decision on whether to go ahead with mung beans after this year's canola will depend on a range of factors.

"If we get a sowing rain post-Christmas we'll go in on that," she said.

"We tend not to dry sow because they're a bit of a pathetic plant when they come up and are more likely to get thrip damage if it's hot and dry."