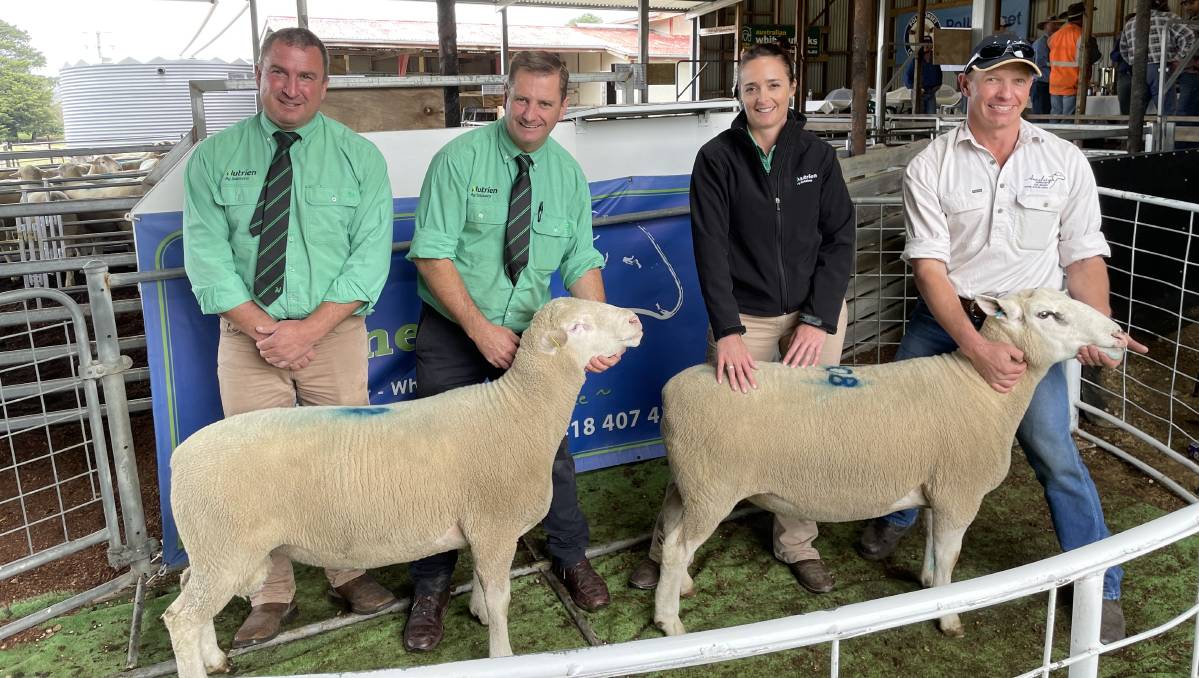 Stud principals Iain and Kristie Ford offered and sold 140 rams as well as an extra 20 Poll Dorset sire prospects that were put through the ring after the sale.

Stud principals Iain and Kristie Ford offered and sold 140 rams, including 100 Poll Dorsets and 40 White Suffolks, as well as an extra 20 Poll Dorset sire prospects that were put through the ring after the sale.

Anneleigh 404-20 was one of the equal high-selling rams purchased by Victorian-based buyers PJ and RS Sandy. Weighing 102 kilograms the September 2020-drop ram was by Hillden 50-17 and measured an eye muscle depth (EMD) of 46mm, an eye muscle width (EMW) of 93mm, fat depth of 6mm and a Lambplan birthweight figure of 0.25.

Six Poll Dorsets sold for the second top price of $4000.

Also selling for $4000 was the top White Suffolk ram, Anneleigh 123-20 which was sold to Andrew Rolfe, Maffra.

Volume buyers in the Poll Dorset draft were CG and PM Clear and Tintagel Pastoral Co, both taking home 14 rams, while in the White Suffolks Grassy Creek Past bought six, and M Constance, Murphy Grazing and JG and JL Rumph purchased five each.

Selling agents were Nutrien Bombala with Rick Power and Tim Woodham as the auctioneers.

The Ford family said they were overwhelmed by the support received and thanked their clients.

"We were very pleased with the quality line up of rams, the buyers were very complimentary on the feet and structure, and how they have held up during such a wet year," they said.