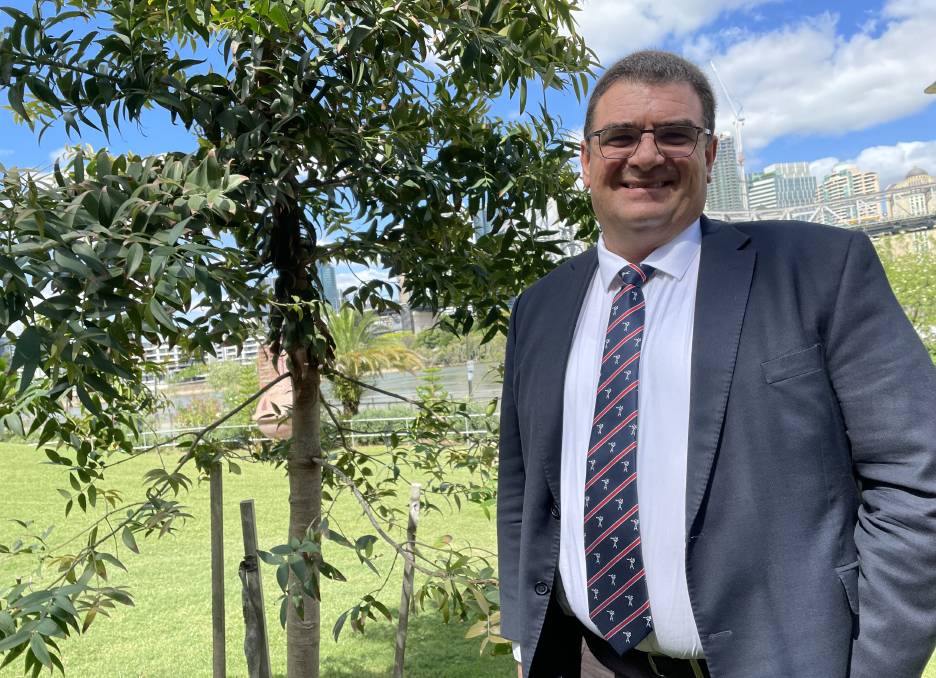 SPEAK UP: Meat & Livestock Australia's managing director Jason Strong says all involved in the red meat industry should not be afraid to call out overblown and out-of-context claims.

Time is ripe to build on the most prosperous times we've known, MLA AGM hears

How Australian red meat is positioned in a crowded and competitive marketplace is now more important than ever, says managing director of Meat & Livestock Australia Jason Strong.

These are some of the most prosperous times the beef and sheep industries have ever known and that brings with it opportunity, he believes.

Speaking at the organisation's annual general meeting this afternoon, held online, Mr Strong said herd and flock rebuilding, strong domestic and global demand and a shortage of protein across the world due to African swine fever were all contributing to record prices.

Ongoing and sustained success in the business would be underpinned by what was important to the consumer - world-class traceability, food safety, biosecurity and eating quality.

That places the Australian industry in a fantastic position, he said.

Significant work had been done through 2021 towards driving consumer preference towards Australian red meat in international markets, he reported.

One of the highlights was during the Olympics in Japan, beef's largest market.

"We created an Aussie Beef Clubhouse in the Toyosu region of Tokyo which had great success with over 80,000 consumers attending and reaching a wider audience with a combined media value of $7.5 million dollars," Mr Strong said.

"MLA's Australian Olympic and Paralympic partnership meant beef had a significant opportunity to reach an audience on mass scale.

"And it was one that offered a credible platform to successfully communicate beef's nutritional benefits and strengthen its position in the minds of the consumer."

The result: Beef's value share increased to a level that is the highest it has been in the past 18 months, equating to $40 million in a category worth $2.3 billion. Australian household penetration of beef increased by 0.6pc during the campaign period - that's an additional 67,000 households.

Over in the United States, MLA's 'Eat Better...Feel Better' grass-fed beef summer campaign captured consumer attention during the season synonymous with outdoor grilling and the results there were digital channels receiving 45m impressions and 2.4m engagements.

On the sheep meat front, the 'Lambassador' program was extended globally across Asia and into other markets.

This project was originally launched in Japan in 2015 and aims to build a team of educated ambassadors and influencers across food service to promote Australian lamb.

The task now is in mobilising and motivating others to share the story, according to Mr Strong.

"Our focus therefore has also been on the development and execution of a whole-of-business approach to promote and defend the positive attributes of red meat."

Mr Strong reported the Red Meat, Green Facts booklet launched at Beef Australia in May has now been distributed to 55,000 and the website has received over 30,000 views.

That campaign is being extended to include health facts, in a bid to reinforce the nutritional credentials of red meat and that eating it three to four times a week is a crucial part of a balanced and sustainable diet that isn't detrimental to the environment.

"It is clear much of the commentary about consumers' declining commitment to red meat is overblown and out-of-context and we shouldn't be afraid to call it out," he said.

"We must all be on the front foot, proudly sharing stories about the credentials of red meat and how its produced, based on facts not mistruths.

"Nothing can compete with a large group of committed people if we are all proactive and positive about what our products have to offer."