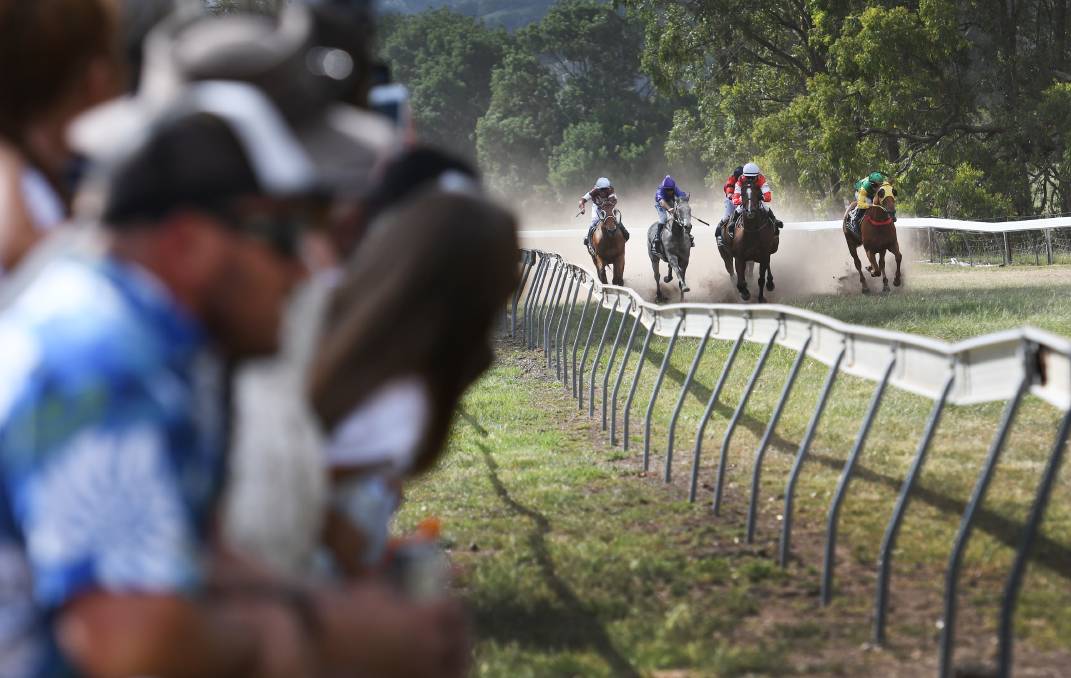 The last meeting at the Wallabadah Jockey Club was on New Year's Day 2019 after the club opted to no longer host thoroughbred meetings. Photo: Gareth Gardner

New Year's Day tradition no more due to safety concerns.

ONE of Australia's oldest country race meetings has been officially laid to rest due to safety concerns.

The Wallabadah Jockey Club has made the difficult decision to no longer hold meetings at its track due to safety concerns, arising from the course's unique slope.

An iconic characteristic of the course in the state's North West proved to be its downfall, as the peak of the nine-metre high slope that leads into the course's final straight was deemed too unsafe for jockeys and horses by Country Racing NSW stewards.

The decision comes after the club had to cancel its 2020 and 2021 meetings due to drought conditions and the COVID-19 pandemic, meaning the last race held at the venue was January 1, 2019.

Having been founded in 1852, the club is considered one of, if not, Australia's oldest country jockey clubs and since 1985, it has held its only meeting of the year on New Year's Day.

A staple of the festive season for people from across the North West and beyond, the upcoming meeting was also set to mark the club's 170th anniversary of racing.

However, Wallabadah local and jockey club committee member Bill Kelly said while it was disappointing, it was the right decision.

"Safety is everyone's top priority and while there has never been any deaths or anything like that at our track, we still have to do what is best for everyone's safety, which means no more thoroughbred races," Mr Kelly said.

"I know our town will be pretty devastated as I know all of the volunteer committee is, but it is out of our hands.

"It is the oldest country race meeting in Australia, so it is really disappointing that it has come to this but we are a resilient community and once we have digested this news a little bit we will bounce back."

Mr Kelly said while bringing the track up to safety codes was "nigh-on impossible", he was confident the community could find other uses for the facility.

"I think the biggest thing locals may be thinking is what will our community be known for now?," he said.

"At this stage, there hasn't been any real discussions about what we may be able to do instead but I'm confident we will be able to come up with something to do with the space and for the community.

"It is just disappointing that we are having to pull the pin because it is such an institution for everyone in this community.

"For a lot of us, it has been in our blood for generations and has been a meeting place for all of us to catch up regardless of how long it has been.

"From that perspective, it will be sad to see it go."