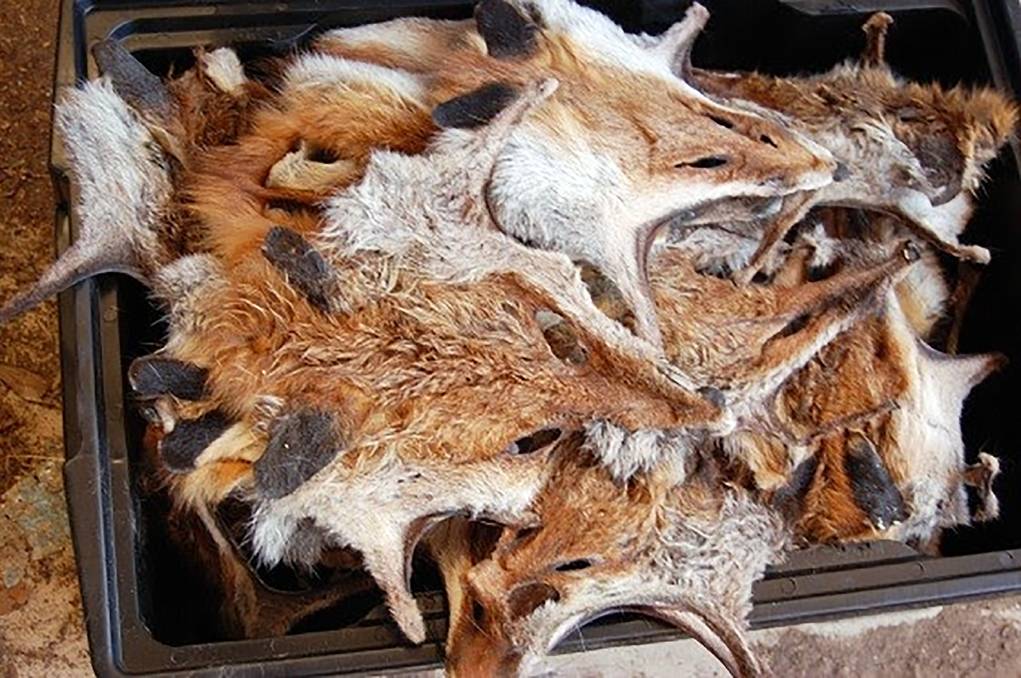 Victoria falls short of the million fox scalps handed in over a decade but it is still going it alone with the bounty scheme. Picture: Agriculture Victoria.

You can blame pandemic travel restrictions for Victoria falling short of one million fox scalps collected in the only government reward scheme of its type in Australia.

You can blame pandemic travel restrictions for Victoria falling short of one million fox scalps collected in the only government reward scheme of its type in Australia.

By the end of winter more than 940,000 fox scalps and 4200 wild dog body parts have been handed over for cash since the scheme began a decade ago.

But even by the Victorian government's own admission, the whole program is futile.

"Foxes and wild dogs cannot be eradicated from Victoria; they are widespread and established requiring ongoing management by all land managers," is the official response from the Agriculture Department.

Under the scheme, fox scalps are presented to government officials for collection of a $10 bounty.

That's $9.4 million paid out for public fox extermination since 2011.

This shooting and trapping season 65,915 fox scalps and 309 wild dog body parts were received from 1136 people.

"It is important to manage wild dogs and foxes because they prey on livestock and native wildlife and can carry diseases," Mr Wishart said.

"These numbers were achieved with reduced mobility and temporary suspensions of collections due to COVID-19 restrictions. So, although this is lower than other years, it is still a tremendous effort."

The scheme is closed for the summer and will kickstart again in March next year although hunters and landowners can still freeze or airdry fox scalps and wild dog body parts to cash them in next year.

"Hunting is important for managing foxes and wild dogs, but effective management requires the use of a range of control techniques," Mr Wishart said.

A new digitised bounty application process will be launched next year to streamline collections and payments.

No other state or territory offers such a bounty scheme for foxes.

South Australia is running a bounty scheme for wild dogs, $120 per dog, but it is a drought relief program which is to end in June next year.

Most states also run similar wild dog programs, but not for foxes.

FLASHBACK: The famous fox fence at Yapeen in Victoria.

Most experts say you need to remove two-thirds of a fox population in any one area area to make a difference.

Foxes breed faster than the fox bounty scheme could ever hope to keep up to.

No-one knows how many foxes there are in Victoria, or anywhere else in Australia.

The economic impact of foxes in Australia has been estimated at around $227.5 million annually.