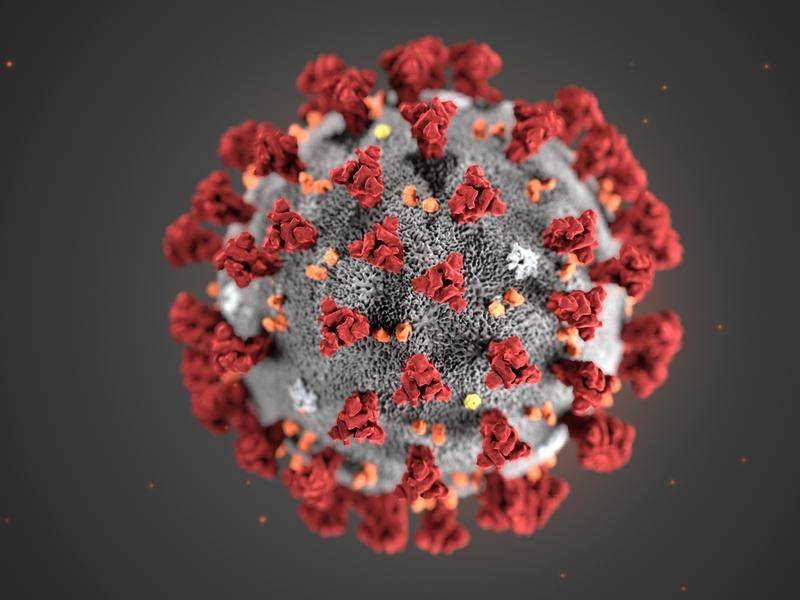 Scientists say the new COVID-19 variant B.1.1.529 has a "very unusual constellation" of mutations.

New COVID mutations are a concern because they could help the disease evade the body's immune response and make it more transmissible.

South African scientists say they have detected a new COVID-19 variant in small numbers and are working to understand its potential implications.

The variant - called B.1.1.529 - has a "very unusual constellation" of mutations, which are concerning because they could help it evade the body's immune response and make it more transmissible, scientists told reporters at a news conference on Thursday.

Early signs from diagnostic laboratories suggest the variant has rapidly increased in the most populated province of Gauteng and may already be present in the country's other eight provinces, they said.

The NICD did not attribute the latest resurgence to the new variant although some leading local scientists suspect it is the cause.

South Africa has confirmed about 100 specimens as B.1.1.529 but the variant has also been found in Botswana and Hong Kong, with the Hong Kong case a traveller from South Africa.

Nutrition and agrifood experts elected to MLA board

"Although the data are limited, our experts are working overtime with all the established surveillance systems to understand the new variant and what the potential implications could be," South Africa's National Institute for Communicable Diseases said in a statement.

South Africa has requested an urgent sitting of a World Health Organisation (WHO) working group on virus evolution on Friday to discuss the new variant.

It will meet to assess the variant and may decide whether or not to give it a name from the Greek alphabet.

The new variant has a "constellation of new mutations," said Tulio de Oliveira, from the Network for Genomic Surveillance in South Africa, who has tracked the spread of the Delta variant in the country.

The "very high number of mutations is a concern for predicted immune evasion and transmissibility," de Oliveira said.

"This new variant has many, many more mutations," including more than 30 to the spike protein that affects transmissibility, he said.

"We can see that the variant is potentially spreading very fast. We do expect to start seeing pressure in the healthcare system in the next few days and weeks."

De Oliveira said that a team of scientists from seven South African universities is studying the variant.

They have 100 whole genomes of it and expect to have many more in the next few days, he said.

"We are concerned by the jump in evolution in this variant," he said.

The one piece of good news is that it can be detected by a PCR test, he said.

Health Minister Joe Phaahla said it was too early to say whether the government would impose tougher restrictions in response to the variant.

South Africa was the first country to detect the Beta variant last year.

Beta is one of only four labelled "of concern" by the WHO because there is evidence that it is more contagious and vaccines work less well against it.

The country detected another variant, C.1.2, earlier this year but it has not displaced the more common Delta variant and still only accounts for a small percentage of genomes sequenced in recent months.