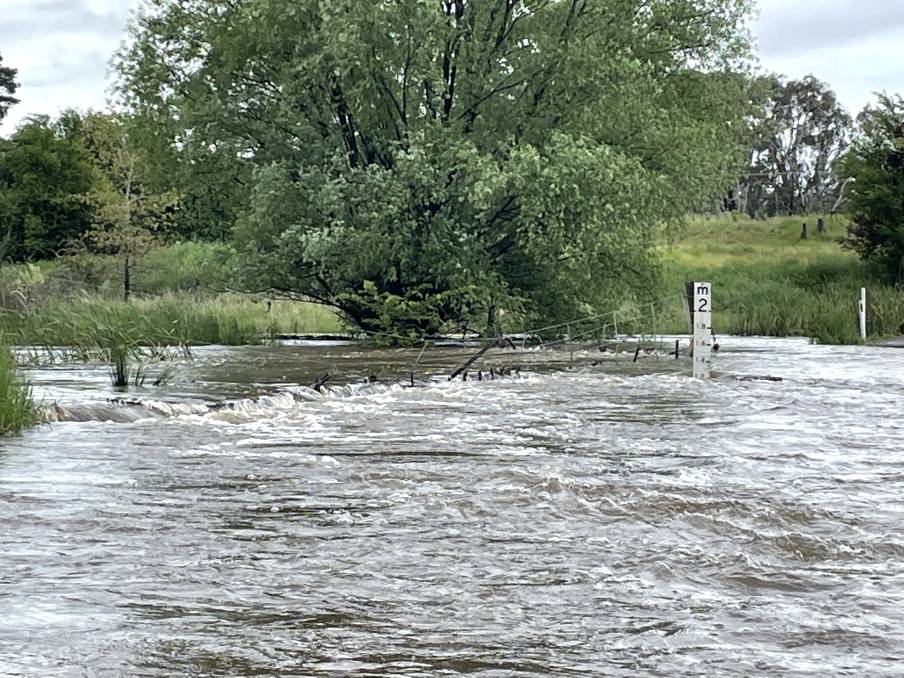 More rain this past week has meant renewed flood alerts for several regions across the state.

It has been a week of big rainfall total across the state this past week, with communities in the Lachlan and Namoi valleys still on alert as major floods pass through, with fresh peaks in some areas on the back of follow-up storms and rain.

The Bureau of Meteorology also renewed its flood warnings for several areas late Friday as fresh flows made their way along already wet and flooded areas.

Coonamble was added to their warnings as a risk of major flooding from Sunday.

Among these was a warning of the Mooki River expected to reach 8.0 metres at Breeza Station, Breeza, which was higher than the previous warning.

The BoM said on Saturday morning this flood water would combine with inflows from the Peel River and cause renewed rises at Gunnedah, where major flooding is expected to peak at 8.5m on Saturday.

Which is much higher than seen earlier in the week.

On Friday morning, Coxs Creek had peaked at 8.83m near Tambar Springs, which will contribute to futher rises in the Namoi at Boggabri.

Major flooding was also occurring along the Namoi River at Wee Waa (Glencoe) and Wee Waa was expected to remain above the major flood level for around a week.

The Namoi River at Wee Waa (Glencoe) may reach around 7.25m during Saturday, with major flooding, the BoM said.

The Peel River, which also feeds into the Namoi downstream of Lake Keepit, peaked at 5.0m on Friday at Tamworth.

Flood waters from the Upper Hunter will combine with large inflows from the Goulburn River and Wybong Creek. These flood flows are expected to cause moderate and possibly major flooding to develop at Singleton on Sunday morning. Moderate flooding is possible at Maitland on Monday.

Renewed rises have also been observed in the Lachlan River at Cowra and moderate flooding is occurring at Nanami with further rises possible as flows from Canowindra arrive.

The BoM said renewed moderate flooding was expected at Forbes from Sunday.

Flooding at Jemalong on the Lachlan River remains above the major flood level (7.70m), having peaked at 7.94m on Monday.

The Bureau of Meteorology reminded people to be mindful of traffic conditions and to check for road closures.

This included, but was not limited to, areas such as around Scone in the Hunter Valley where localised flooding has occured due to heavy rain on Friday.

While already flooded areas, such as the state's North West and Central West recieved falls of as much as 50mm, adding to an already saturated landscape, Broken Hill welcomed its best fall on Friday since November 2020 of 23mm, the BoM spokeperson said.

Canberra also recorded its highest monthly total for November since 1949 of 147.8mm so far for the month.

The BoM spokesperson said the Bureau was expecting a wetter than average summer across eastern NSW.

In the Southern Tablelands, Crookwell had another 52mm, Taralga 48mm, Goulburn 65mm, and in the Central Tablelands, Orange recorded another 79mm, Bathurst 71mm, and Mudgee 68mm.

Rain is easing across the state through the weekend, but there is a chance of more stormy weather across north-east NSW on Tuesday.

For the latest flood updates and warnings, visit the BoM's warning centre.