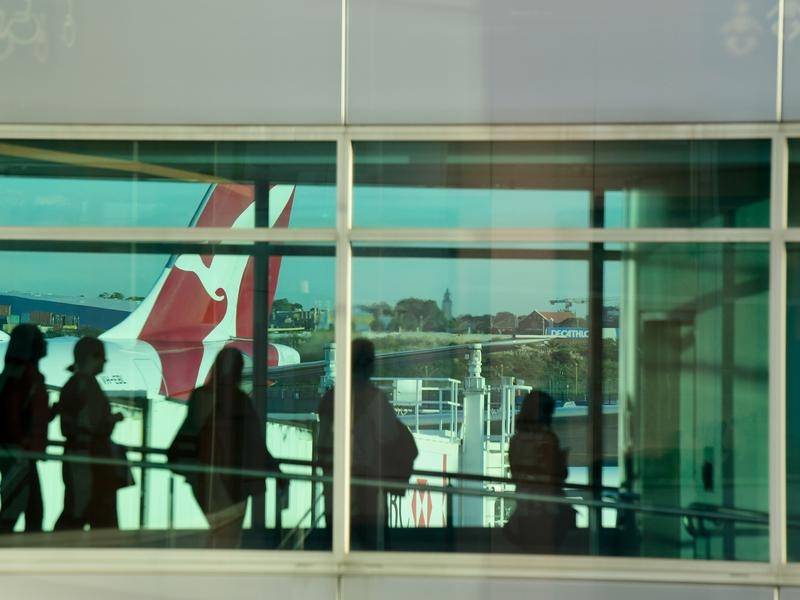 Flights from southern African countries have been stopped for two weeks due to the Omicron variant.

Australia has shut its borders to nine southern African countries and NSW, Victoria and the ACT have brought in new rules for all international arrivals.

Australia has shut its borders to nine southern African countries and NSW, Victoria and the ACT have brought in new rules for all international arrivals amid concern over the new Omicron variant of the coronavirus.

Urgent genomic sequencing is underway to determine whether two people who tested positive for the virus in Sydney overnight after spending time in Africa have the Omicron variant.

The two arrivals are in special health accommodation and twelve others on the flight from Doha who'd been in the region will do two weeks' mandatory quarantine.

The new variant, named Omicron by the World Health Organisation on Saturday, has been detected in South Africa, Botswana, Hong Kong, Israel, Belgium and the United Kingdom.

It has double the number of mutations as the Delta variant, which sparked a third wave of outbreaks and lockdowns in Australia this year.

Non-citizens who have been in those countries aren't allowed into Australia.

Australian citizens and their dependants face mandatory two-week quarantine if they have been in the region.

NSW, Victoria and the ACT will make all overseas arrivals quarantine at home for 72 hours.

People already in the state who have been in the nine countries in the past two weeks must isolate for 14 days and be immediately tested.

Anyone in those jurisdictions who have been to the nine countries in the past 14 days must get a PCR test and quarantine immediately.

In response to Omicron, South Australia extended the length of its quarantine requirement for fully-vaccinated Australian international arrivals to two weeks, and made small changes to its interstate arrival regime.

He said it was necessary because of quarantine requirements being loosened in recent days.

Tasmania will bar entry to people who have been in southern Africa unless they have first completed two weeks of supervised quarantine on the mainland.

It is not yet known whether existing vaccines are any less effective against the new variant than prevailing strains.

Nearly 1500 new coronavirus cases were reported nationally on Saturday, including 1252 in Victoria, 235 in NSW, seven in the ACT and one each in Queensland and the Northern Territory.

On the latest figures, 92.2 per cent of people 16 and over in Australia have received at least their first vaccine dose and 86.55 per cent both.