RDO Equipment will bring its three Australian dealership networks - Vanderfield, RDO Equipment and Vermeer Australia - together under the one banner.

The business will be known as RDO Equipment.

The shift brings together more than 800 staff from 29 branches catering to the agriculture, construction and forestry sectors.

The change in branding comes after RDO became the official dealer for John Deere's construction and forestry equipment in all states except Western Australia in 2019.

That same year, the company finalised its acquisition of both Vanderfield and Vermeer.

Names are important. But for Bruce Vandersee, what's more important is how customers feel and the way they get treated.

Speaking exclusively to Australian Community Media, the RDO Equipment director and shareholder, and former Vanderfield CEO, said as long as customers are looked after well they won't mind what the business is called.

"The only thing changing at this point in time is the name," Mr Vandersee said.

"I find it very exciting to be learning and being exposed to the construction world, and I remain very enthusiastic about the future of agriculture in this country." 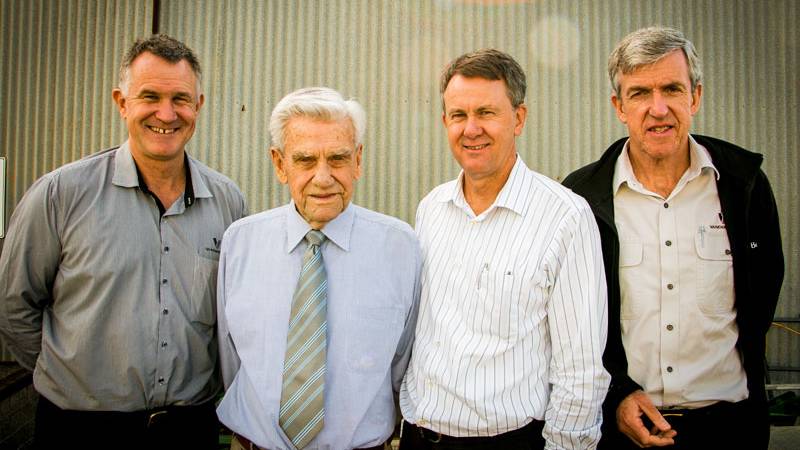 Bruce, Gordon, Rob and John Vandersee outside the Vanderfield Toowoomba branch in 2016.

Over time, the word 'Machinery' was dropped and the Vanderfield network grew in tandem with Australia's cropping sector.

RDO Equipment CEO Phil Canning said the Vanderfield brand was a name synonymous with the Vandersee family and the growth of agriculture in Queensland and northern NSW.

However, he said John Deere is the brand that will remain consistent throughout the change in dealership names.

"It would be silly not to say that there would be a legacy that we have been reluctant to leave behind," Mr Canning said.

"We seek to deeply acknowledge and celebrate Vanderfield as a primary source of building John Deere.

"I think the Vandersee family will go down in history for pioneering mechanisation across Queensland and northern NSW." 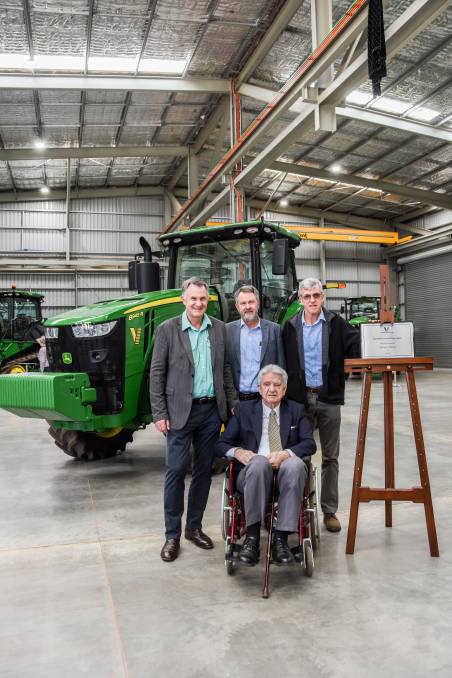 Bruce, Rob and John Vandersee with their uncle the late Claude Vandersee at the opening of a new Vanderfield facility at St George, Queensland, in 2018.

The business was founded in 1960 by potato farmer Ron Offutt in North Dakota and remains family owned and operated, with Mr Offutt's daughter and son, Christi and Ryan, working in management positions.

When Mr Canning was weighing up whether to join RDO, he looked for alignment between shareholders and staff.

He said there was unbelievable staff loyalty throughout the business and a laser focus on what customers need.

Since stepping into the role of CEO in early November, Mr Canning has covered more than 3500 kilometres from NSW's farming region down into the construction areas.

He's no stranger to a spanner, having worked as a diesel mechanic and engineer before moving into leadership roles, most recently with Macquarie Bank.

Mr Canning said the branding change would ensure the business remained sustainable during cycles such as drought and economic shifts.

"We want to grow our footprint to take advantage of our brands and push them further and grow the business to a broader scale," he said.

"With a broader scale across the business, we'll have a more robust business to ride through those cycles across multiple industries."

Mr Vandersee said it was no small thing to have someone of Mr Canning's calibre as CEO.

"We've got 800 staff and 29 locations; it's no small task to bring all those people into one team and act like one team and so Phil's curiosity and openness about learning about agriculture particularly makes me very excited," he said.

"Silos are hard to break down and even more so with the last two years' lack of ability to travel; that doesn't help building one team when you can't get around and meet people.

The pioneering ideals of Gordon Vandersee and Ron Offutt will continue as the business looks to play its part in developing northern Australia.

Mr Vandersee said the development of Bollgard III and potential construction of two cotton gins had served as catalysts for the industry's expansion.

He said technology that will allow connectivity to machines in remote country also has an important role to play in order to meet the National Farmers' Federation target of agriculture being worth $100 billion by 2030.

"To get to that $100b, new regional development has to happen and technology will definitely play a role there," Mr Vandersee said.

"It takes a long time, even in an aircraft, to get to Julia Creek or Tennant Creek and being able to connect to machines is critical."

The business is already well known in the north, having operated out of Kununurra in Western Australia's Kimberley region and Darwin for the past 22 years.

Mr Vandersee said while there had been enormous challenges, he still views the region as "a new frontier for Australia".

"I see us as being part of the infrastructure required for new developments and current developments to succeed," he said.

"We're not just another vendor of tractors and equipment, parts and service; we want to position ourselves as valuable partners, so new enterprises and current big enterprises, share their plans with us and we work towards helping them reach these goals."