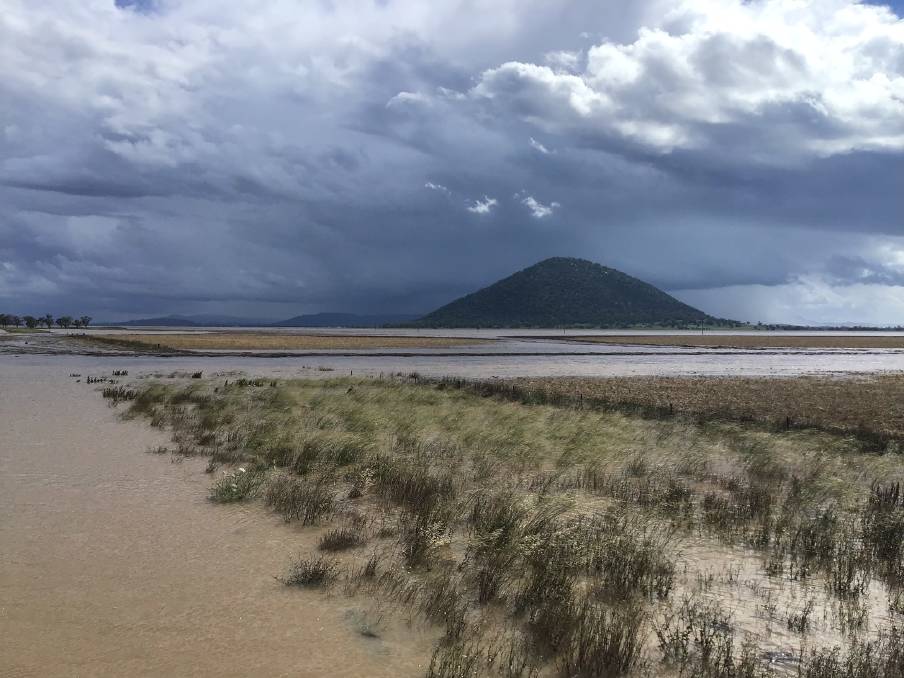 As floods begin to recede, farmers start the clean up and counting the cost of damage to crops and infrastrucure.

Growers are starting to count the cost of the floods across large areas of the state.

Among the more severe swathes of damage is the Liverpool Plains where creeks broke their banks and flattened large areas of both winter and summer crop.

A contributing factor appears to be that numerous watercourses peaked at once, such as Warrah Creek and the Mooki River, which Greg Phillips, Pine Ridge, says came down together.

A similar situation was unfolding along the Lachlan River. Towards Condobolin, locals had their eye on water approaching via the Billabong, Gunningbland and Goobang Creeks.

Peter and Terrie L'Estrange, Belswick Merinos, Condobolin, moved all their sheep off their home block to their other nearby properties about three weeks ago in anticipation of this event.

With storms this week having already dumped an extra 30-50 millimetres across the area on Monday night, they were as concerned about what water would arrive from the nearby creeks as the river itself.

Brett Moneysett, Ag n Vet Condobolin, said the other local factor was when and how much water would arrive from Lake Cowal, the overflow from which would join the Lachlan below Condobolin.

"It's a bit of an unknown Lake Cowall," he said.

He also said farmers around Tullibigeal had reported falls of as much as 140-170mm on Thursday and Friday, causing that area to resemble a lake.

Coonamble survives floods but money flows out from big wet

At Jemalong, farmers braced for another peak, with water in the Lachlan only dropping marginally since last week. The river at Jemalong was at 7.84m and rising on Wednesday as The Land went to press.

Mr Phillips, meanwhile, said this past week's flood on the Liverpool Plains was the biggest he had seen since 1990. The farm service consultant for Pioneer Seeds said the young sorghum crops seemed to have fared ok, but the cotton wasn't in such great shape.

Lambrook manager, James Vince, Mullaley, said about a quarter of the 4452 hectare property went under, but "I'm a lot more positive today than I was Friday - it looked like an absolute armageddon", he said.

"I've been here 22 years and I've never seen water like it come from the south."

Lambrook had about 300ha of sorghum submerged, but the water dropped faster than expected. Some of the bread wheat was a write-off and he hadn't regained access to all the property when he spoke withThe Land on Monday. Todd Finlay is on Coxs Creek at "Marlow", Mullaley, said this flood was about on par with November 2000, but moved with more velocity.

"I don't even know where some of the fences are," he said.

Mitch Waterhouse, who is further up Coxs Creek at Kalkadoon, Tambar Springs, said he was able to begin the clean-up on Sunday and thinks his sorghum will be ok, but his wheat was flattened.

"Large areas of the crop have been flattened by the force of the water leaving the wheat on the ground along with debris, silt and fencing," he said.

He had entered his durum wheat in the Gunnedah wheat competiton and it was estimated to yield 7.9 tonnes a hectare.

"Record yield, record prices - and a record flood," he said. "It's by far the biggest flood my father's ever seen and he's been here since 1965."

Mr Waterhouse said he would put the header into the wheat to salvage what he could and would likely double crop that country with mungbeans.

"(The wheat) was a very heavy foliage crop, so while it's flattened as much as it could, we should still be able to get the header under it."

It was shaping as a similar story around Wee Waa where Nutrien branch manager Ben Kreft said there was probably more water than expected from local flooding.

He said it looked like there was a lot of damage to winter crops and to cotton and sorghum.

A hail storm between Yarrie Lake and Narrabri on Sunday also damaged unharvested cereals. Only about 40-50 per cent of the district's winter cereal crop was so far harvested.

On Tuesday, the Namoi at Wee Waa was at 7.53m, with a major peak yet to arrive.

The Hunter Valley, meanwhile, appears to have dodged a bullet. Denman Rural CRT co-owner, David Shibble, said while there was some flooding, damage was limited.

"A lot of pastures went under, but it went down relatively quickly." 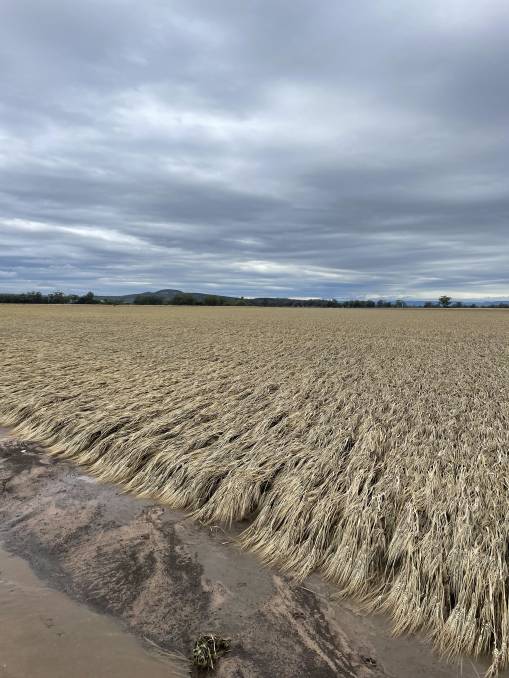