A Kelpie pup has sold for $7500 with all proceeds going to the This Is A Conversation Starter (TIACS) charity.

A Kelpie pup has sold for $7500 with all proceeds going to the This Is A Conversation Starter (TIACS) charity.

Auctioned off on Friday night, the black and tan male Kelpie pup called 'Bid' was kindly donated by Nick and Katrina Foster off Koonama Working Kelpies, Boorowa, and was purchased by Regional Livestock Exchanges (RLX) and AAM Investment Group.

"RLX and AAM are supporting TIACS in a large way and this is another small contribution on behalf of both businesses," he said.

ALSO READ: Faces and results of the 2021 Working Dog Challenge Trial and Auction

Mr Travers said the companies would now look for a trainer to teach the pup before bringing him back to the 2022 Working Dog Challenge event in which he is eligible for the stand-alone trial involving dogs sold in the 2021 auction.

"He will then be re-offered will all proceeds going to the charity the next year," he said.

A keen eight-week-old pup, he was sired by the 2020 NSW Yard Dog of the Year Koonama Cracka out of Pilbara Trick, and was donated by the Fosters who hold mental health awareness close to their hearts.

"We lost a very close family friend last year to suicide, that is the main reason to donating the pup," Mr Foster said.

RELATED READING:Charity pup goes under the hammer at Carcoar

A further $2000 was raised for TIACS from four donated lots of five bags of Cobber working dog food. 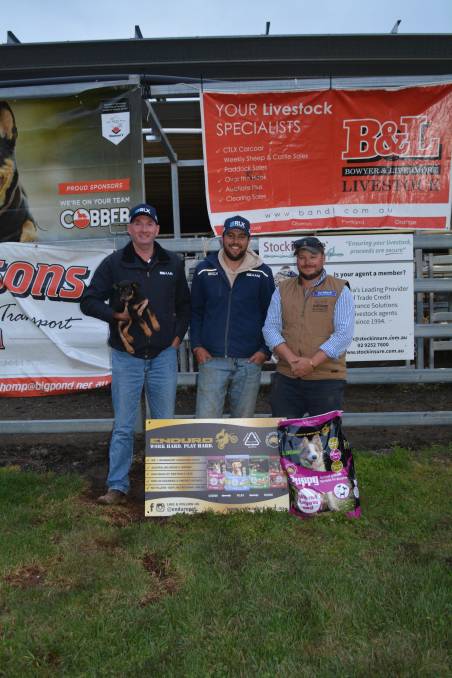 Looking to the future, the 2022 Working Dog Challenge Trial and Auction will take place November 25-27, and will feature an additional competition.

"We are calling it 'The Working Dog Challenge' and it is open to any dog bought out of the auction this year," Mr Stephen said.

Dogs up to the age of four bought out of the 2021 auction are eligible to run in this stand-alone trial.

It will have at least a $2000 prize money incentive from The Working Dog Challenge and an extra $1000 if they were purchased through StockLive.

The 2022 event aims to be the biggest and best trial and auction in the country, Mr Stephen said, and if the number of entries continue to grow the WDC organising committee said they would happily be able to accommodate an increase in trial dogs.