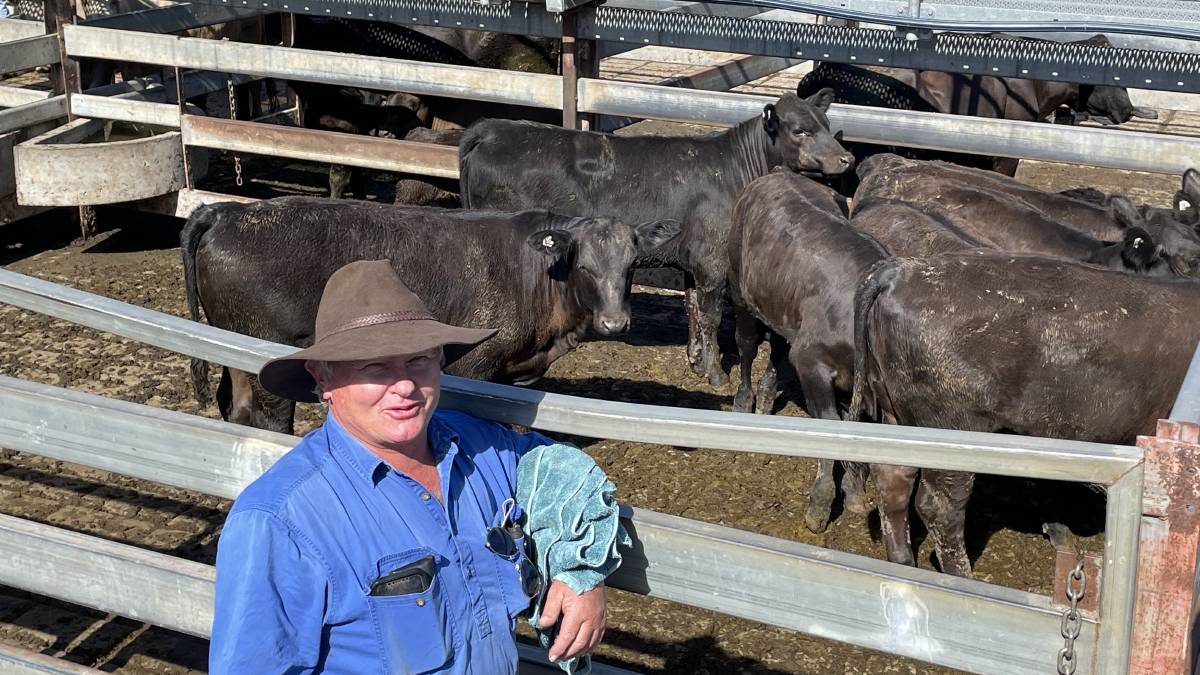 Grafton saleyards yarded 1091 head of store cattle on Thursday with heavy steers to a top of $2938 a head and biggest heifers to $2642/hd while light Angus set a new saleyard record of $1084 cents a kilogram as rain continues to grow grass and spoil grain, both of which will go towards feeding stock.

Records were smashed for Heifer Station at the Grafton store sale. A pen of Charolais cross weaner steers made 846c/kg for 234kg, or $1976, going to Luke Matten, Upper Orara.

The bid eclipsed the Page family's previous record by 52 cents for this type of cattle.

Autumn drop Droughtmaster steers from Peter and Glenda Ballard, Copmanhurst, 283.8kg made 690.2c/kg or $1958.44 going to Coombadjha Pastoral for backgrounding.

Brahman heifers from Watters Pastoral, Rushforth, 169.2kg made 695.2c/kg or $1176.49 and have gone to the Kyogle district to be joined to a Simmental bull.

Bronc Riley, Springwood Grazing at Ulmarra paid up to $2735 for a Charbray steer 488.3kg at 560.2c/kg from Tony McLennan, Sunnyside at Nymboida and later in the sale sold a cow and calf for $3375.

"I've got plenty of feed and there's better money to sell now rather than fatten for the next 12 months," Mr McLennan said.

McGrath Cattle Co, Ulmarra lived up to their title of vendor of the week with an offering of 27 ultrablack cross cows pregnancy tested in calf to Booroomooka bulls.

The top pen of four fetched $3350/hd and going back to the paddock in the Upper Clarence.

The sale was conducted by Farrell McCrohon with Ray Donovan stock and station agencies with the last sale of the year on December 16.