Eastern quolls are among the threatened species protected from predators at Mount Rothwell.

Vital work to replace an aging feral-proof fence protecting some of Australia's most vulnerable animals has received welcome support.

When you are managing one of Australia's largest predator-free native animal reserves and go to bed knowing the 20-year-old fence protecting some of our most endangered species is no longer secure it's a constant worry.

For Annette Rypalski, the biodiversity director of Victoria's Mount Rothwell conservation and research reserve, it's a major stress factor in her work to ensure the animals she loves will survive into the future.

The 11-kilometre electric fence surrounding the 470 hectare reserve is the original one erected when the reserve was established in 2002, becoming the state's largest reserve of its kind.

"It's such a special place," said Ms Rypalski, who started at Mt Rothwell 18 years ago as a tour guide while studying eco-tourism. "But this fence was supposed to last ten years and 20 years later we've still got the same fence that we're just patching up.

"And the current monitoring system is being phased out so we're having to do that manually. That means we're constantly at risk of breaches. It's terrifying to think the future of three key species that rely on this site alone are being protected by a rusty fence and a couple of hotwires. I do wake up at night thinking about them." 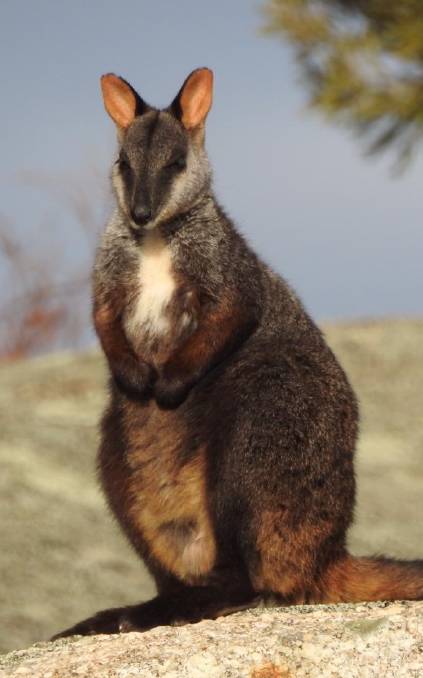 Mount Rothwell is home to 100 of the 170 Southern Brush Tail Wallabies left in existence.

A breach of the fence by a fox or feral cat can be devastating to the animals, and heartbreaking for the staff and volunteers working to provide a safe haven for them to live and breed.

"We've had a couple of breaches and that just makes our job a whole lot harder," said Ms Rypalski.

"We had a fox get in and it took us about six months to catch him and we've had some cats. One fox just jumped in and killed around 15 or 20 bettongs and jumped back out again."

While work on a new fence to protect the precious inhabitants has been a work in progress, with the help of Landcare volunteers and donations, it has been slow going - it's taken three years to complete one kilometre.

But, luckily, assistance that will speed up the process is now at hand. Along with recently securing state government funding to cover the cost of part of the fence materials, Mount Rothwell has also gained the support of electric fencing experts Gallagher.

Mount Rothwell's fence upgrade project was named as one of 14 recipients of the 2021 Gallagher Landcare Electric Grants program which supports improved grazing management and conservation projects across the nation providing a combination of Gallagher Electric Fencing and monetary support for important projects. 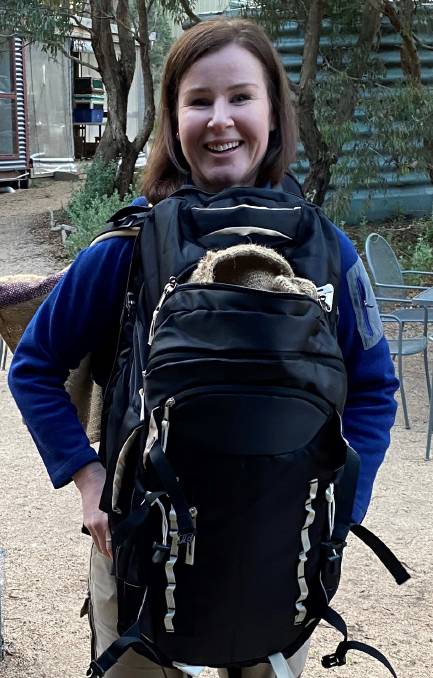 At Mount Rothwell, the grant will facilitate the installation of a Gallagher i Series Electric Fencing system featuring remote monitoring capabilities that will play a key role in ensuring the animals there are safe for many years to come.

It means Ms Rypalski will be able to sleep more soundly. "One of the amazing things about having the new Gallagher system is that it means we'll know immediately if something goes wrong with the fence, and where," she said.

"It means you get instant notifications direct to our phone so any fault can be immediately rectified removing the risk of a fox or cat getting into the sanctuary or any of our valuable endangered animals getting out," she said. "Even if something happens in the middle of the night we'll know about it and can take action. It's a real comfort."

Construction of the new fence will begin in March and it's hoped it will be completed within a few months. However, the new Gallagher system is set to go into action earlier with plans to initially attach it to the existing fence while its replacement is being built and then transfer it over.

The Gallagher Landcare Electric Fencing Grant is also supporting a further project that will see the sanctuary expanded into 120 hectares of a working sheep farm adjoining it.

Ms Rypalski said the owner of the land had been keen to integrate his land into the conservation reserve in what will be a win-win arrangement that will protect the native animals as well as livestock from predators, as well as helping improve the land by facilitating strategic grazing.

"This will take our protected area to more than 550 hectares," said Ms Rypalski. "We're planning to trial a Gallagher Westonfence system there that will be a ten strand hot wire system with a skirt.

"It's a quicker and more cost-effective version of our feral proof fence so, if we can prove the concept, suddenly our budget will support a greater expansion of our sanctuaries across Australia.

"The possibilities of these funding grants go beyond this site, it's just amazing."