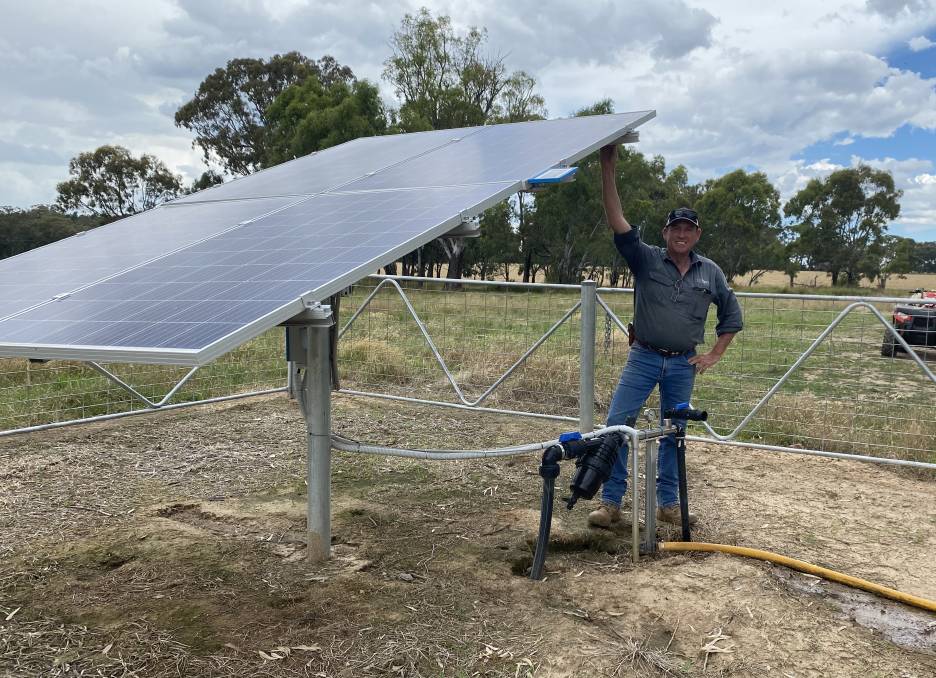 More than $8.5 million has been approved for almost 1000 farmers across NSW through the second round of the scheme intended to help producers drought proof their properties.

Piping has topped the list for water farming projects that have been approved for the second round of the emergency water infrastructure rebate scheme (EWIRS).

More than $8.5 million has been approved for almost 1000 farmers across NSW through the second round of the scheme intended to help producers drought proof their properties.

Among those is central western grazier Garry Paddison who has constructed a ground water harvesting and filtration system on his property near Parkes.

Mr Paddison bought back the family farm in 2018 - at the peak of the drought - after it was sold 32 years ago.

Since then solar panels and a submersible pump are being used to pump water from the sand spear well to tanks, which will then reticulate the water to stock troughs disbursed around the farm.

"We are trying to make the farm self sufficient and not make it reliant on the weather," Mr Paddison said.

"Water is such a big thing on a farm for stock and if you have to start carting water for a farm there is no end to it so having permanent water is a good asset for farm and makes it self reliant."

So far he's received $12,000 in rebate and intends to claim for further pipework and stock troughs.

Agriculture Minister Adam Marshall said while the state had seen improved seasonal conditions, landholders know the best time to prepare for drought was during good times.

"I am delighted to see so many making the most of this program," Mr Marshall said.

It comes after cash payments were finally paid into the bank accounts of 500 farmers in June whose applications had been sitting in limbo after they were were approved last year. Early last year the scheme, which is funded by both federal and state governments, was oversubscribed and stopped as the money dried up.

But the federal government secured an additional $50m last October after it reversed its decision to scrap the program due to pressure from The Land, NSW government and NSW Farmers.

In April, the NSW government announced it would contribute $15m to unlock a total of $30m in a dollar-for-dollar fund with the federal government.

It is understood there is enough money in the round two coffers until next year and it is not expected to run out like it did in round one.

The scheme is administered by the RAA, where farmers are able to claim up to 25pc of eligible costs (capped at $25,000).