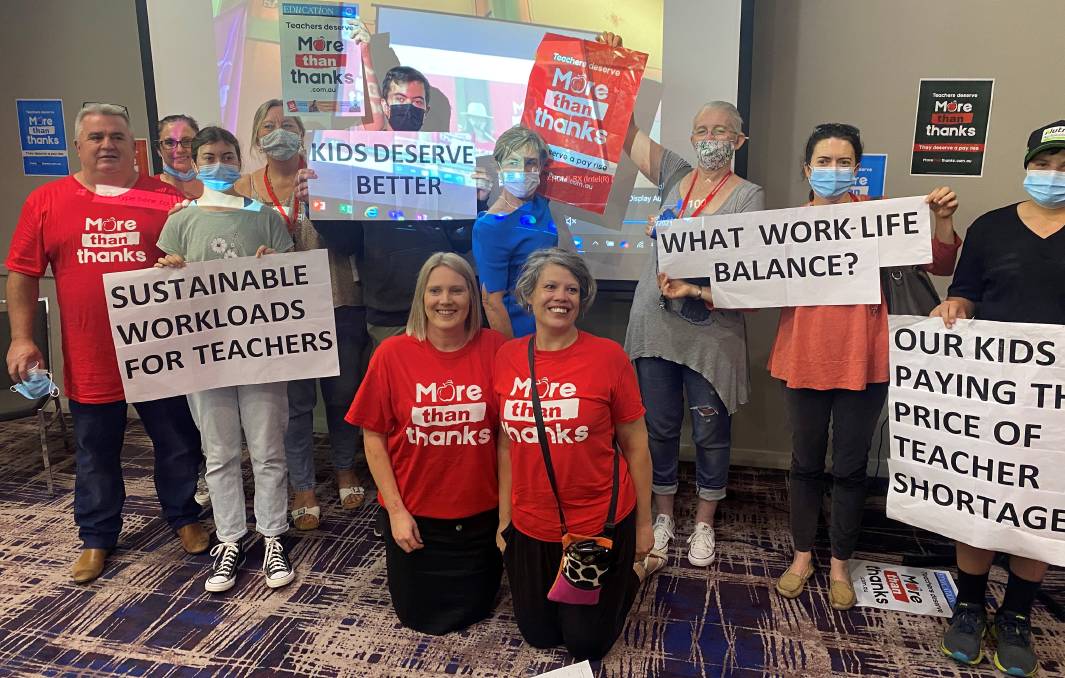 A crowd of more than 200 Griffith-based teachers joined their colleagues from across the state by protesting on Tuesday. Photo: Supplied

REGIONAL teachers and transport workers have joined their counterparts from across the state in walking off the job on Tuesday for better pay and conditions.

Members of the NSW Teachers Federation and Transport Workers Union NSW went on strike with thousands of teachers converging on NSW Parliament in Sydney calling on the government to address a number of issues.

Issues including staff shortages, competitive pay rates and skewed workloads were at the heart of Tuesday's strike, which caused the closure of more than 400 public schools for the day across the state.

Tuesday's industrial action comes after the NSW Teachers Federation toured regional areas such as Armidale, Tamworth, Narrabri, Dubbo, Orange and Bathurst in November, which shone a light on the fact more than 50 per cent of the state's public schools reported having vacancies.

Teachers Federation president Angelo Gavrielatos said the NSW Government had been warned of possible industrial action and thanked teachers for their support.

"If the NSW government doesn't act now, the teacher shortages will only get worse and it's country kids who will pay the price," Mr Gavrielatos said.

"[I thank you] not for your attendance here today, but rather for what you do every day, for your public service, what you do for the kids in your classroom ... I thank you, I salute you."

NSW Education Minister said the disruptions were disappointing, given teachers had been offered a 2.5 per cent wage increase, the maximum the government can offer under its public sector wages policy, but negations were continuing.

"It's pitting teachers, families, and students against each other and it's incredibly frustrating that the union has decided to take this approach," Ms Mitchell said.

Murray MP Helen Dalton said her region was one of the worst impacted by the teacher shortage and a crowd of more than 200 teachers gathered to protest in Griffith on Tuesday.

"Every school in my Murray electorate seems to complain to me about a chronic teacher shortage," Mrs Dalton said.

"It's our children who suffer as a result.

A former teacher, Mrs Dalton said it was crucial the NSW Government act on some of the issues raised by the striking teachers.

"It's clear this strike is about more than pay," she said.

"There's a crisis in the teaching profession.

"If Wollongong schools can't get teachers, just imagine how tough it is for schools across the Riverina and Far West NSW."