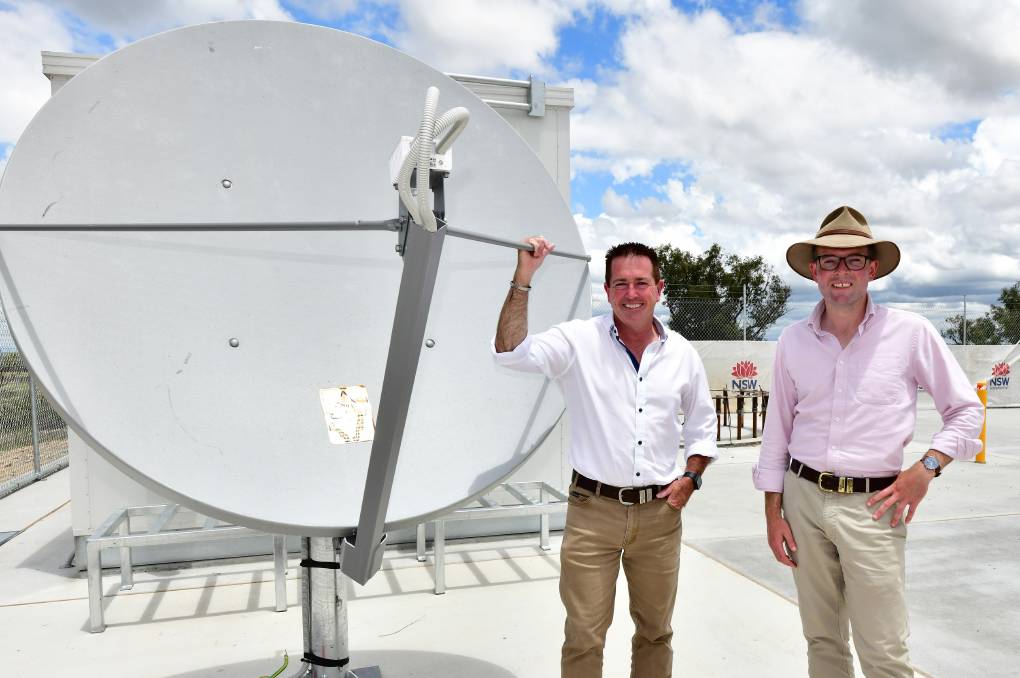 The Yeoval site has overcome challenges risen by COVID-19 pandemic.

CONSTRUCTION of the state's third Doppler weather radar is on track after COVID-19-enforced delays.

The third radar, based at Yeoval in the state's Central West, is set to be completed in mid-2022 but it has overcome significant challenges during construction.

Border closures and disruptions in getting parts from interstate and overseas have caused delays for local contractors building the new radar, which when complete, will give locals in the state's west more accurate and up-to-date weather data.

Once complete, the Yeoval radar will work alongside the state's other two Doppler radars at Brewarrina and Hillston, which came online earlier this year.

"I know farmers, like the government, are excited to have the Yeoval radar operational as soon as possible as it will provide instant, detailed weather information to some of our State's most diverse primary production areas," NSW Agriculture Minister Adam Marshall said.

"Raindrops, hail, bushfire plumes and wind velocity can be detected from up to 200 kilometres from the radar, meaning towns such as Orange, Dubbo, Mudgee and Cowra will benefit from the Doppler radar's reach."

Deputy Premier Paul Toole, who inspected the third radar alongside the Northern Tablelands MP on Wednesday said he was pleased to see the project progressing.

"It's critical for farmers to have the most reliable and up-to-date weather information - and that's exactly what the Yeoval radar will deliver for farmers, emergency services and the wider communities of the Central West and western NSW," Mr Toole said.

"Local contractors from the Central West of NSW have been forging ahead with construction of the infrastructure supporting the radar, incorporating the main access road, site entrance, shelter with generator, fencing and security gate.

"The Yeoval radar will be the third of three new radars promised by the NSW Government to boost farmers' decision-making capacity with radars at Brewarrina and Hillston already operational and helping the Bureau of Meteorology to provide real-time data and increased accuracy in weather forecasts."

Mr Marshall said while COVID-19 had thrown up curveballs, the Yeoval radar was still on track to be turned on in 2022, delivering weather data to help farmers make better informed on-farm decisions.

The radars were funded by the state government's $24.5 million election commitment to deliver radars to the state's west.