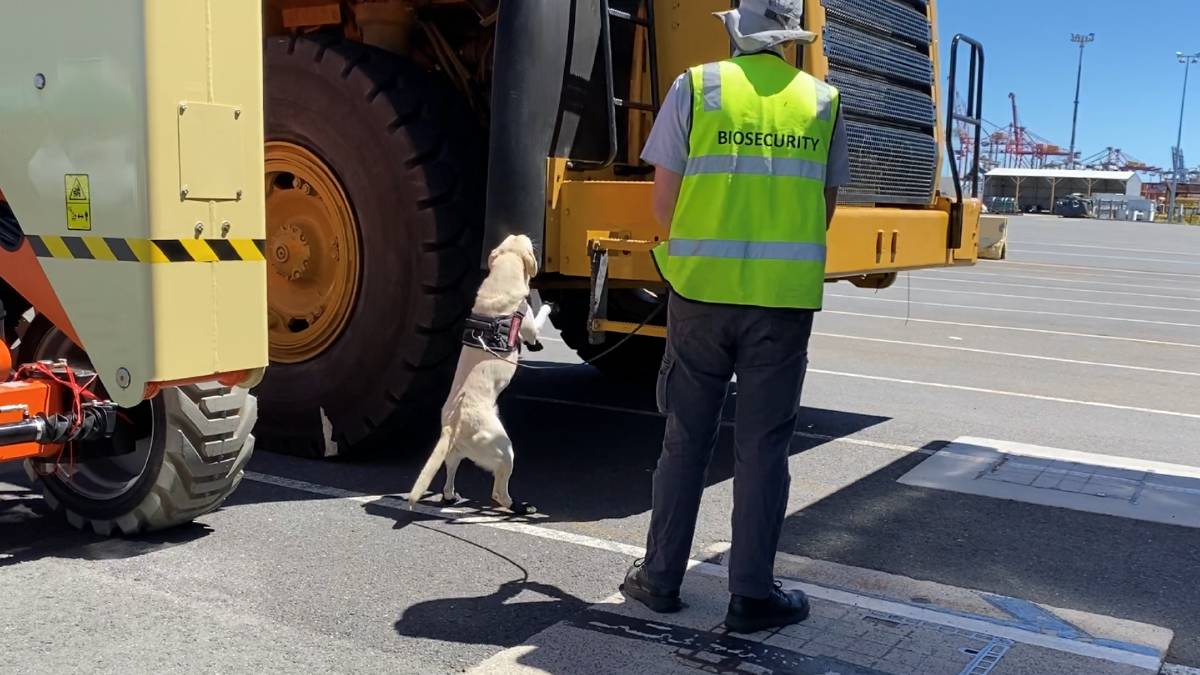 A brown marmorated stink bug uncovered in shipping cargo this week by Velvet the sniffer dog highlights the biosecurity risk of this worldly pest.

Shipped goods, like the second hand dump truck deposited on the Brisbane wharf where Velvet found her target under a wheel arch, are an ideal transient habitat for the bug, which has caused problems in soybeans in Italy and threatens stone fruit and vegetable production all over the world. 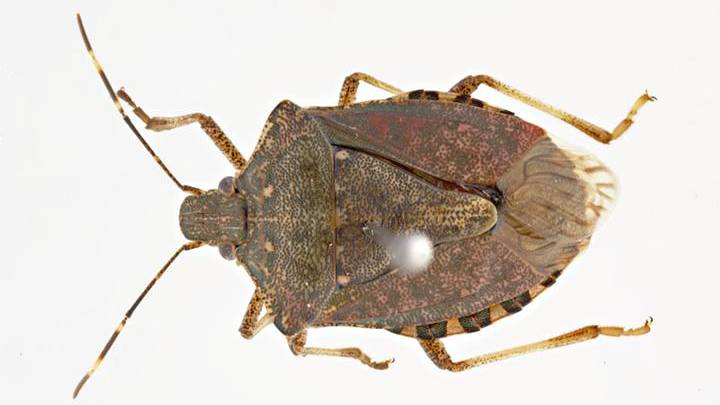 The brown marmorated stink bug has caused damage to soybeans in Italy after arriving on board ships and has since been exported.

Brown marmorated stink bug, one of Australia's most potentially hazardous hitchhiker pests, was recently discovered by biosecurity detector dogs conducting routine surveillance on an imported truck at the Port of Brisbane.

The dogs detected the single live bug in the wheel arch of a used dump truck, discharged on to the Brisbane wharf from an overseas cargo vessel. Remote diagnostics was used to immediately confirm it was an exotic brown marmorated stink bug.