Ross Pride has learned to appreciate trees, dead and alive, as he comes across them. 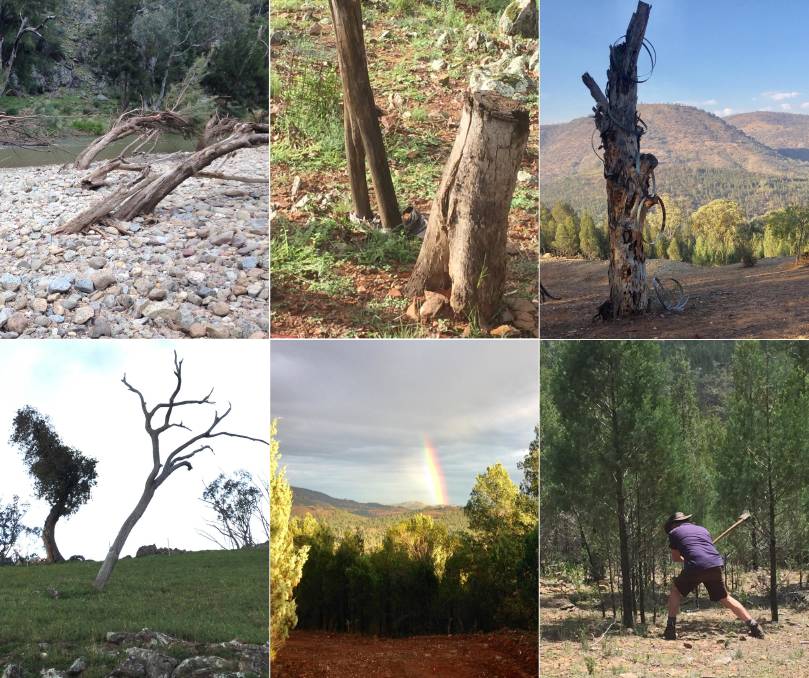 VARIETY: From top left - the water went that way, the Wood family, a sculpture of sorts, Ross Pride cutting the novelty Christmas tree, the Christmas trees that werent, and doing it tough on a ridgeline. 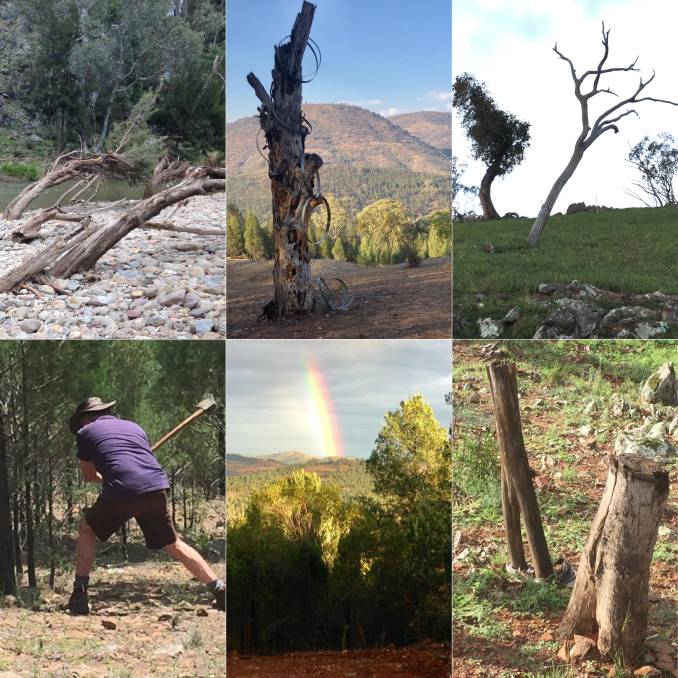 A couple of years ago we thought it would be cute to cut down and transport one of our black cypress pines to friends in Sydney, as a novelty Christmas tree/present.

The four-hour trip stripped the needles off the branches, and we arrived with a bare specimen.

Next week we cut down another one and tried again.

This time we took precautions to protect the little tree, so it arrived intact. But apparently the day after being installed it started going brown and was quite dead by around December 15.

Now we enjoy our trees in situ, Christmas or not, and when they curl up their toes all is not lost.

Four old forked branches we found while scrounging for firewood have been assembled upside down next to the house.

They are the Wood family, and are nude. The 'old man' is quite obvious in his maleness, the 'young bloke' has only started developing, and then there are the females.

Down at the creek some casuarinas had the lack of foresight to take root on a temporary island.

The flooding after occasional big rains condemned them to grow horizontally, and they died that way.

Along the ridgeline in the top paddock the gums and kurrajongs are exposed to sou'-westers, losing spectacularly large limbs, and some growing in strange shapes.

Back in the home paddock the short driveway to the house is lined by eucalypts.

One called it a day last year, and a certain hero of advanced years, to the dismay of his dear wife, managed to not meet a similar fate while removing the branches.

Clint Eastwood, in the 1969 western/musical Paint Your Wagon, sang 'I Talk to the Trees'.

Talk to them or not, alive or not, they're nice to have around anytime, including Christmas.