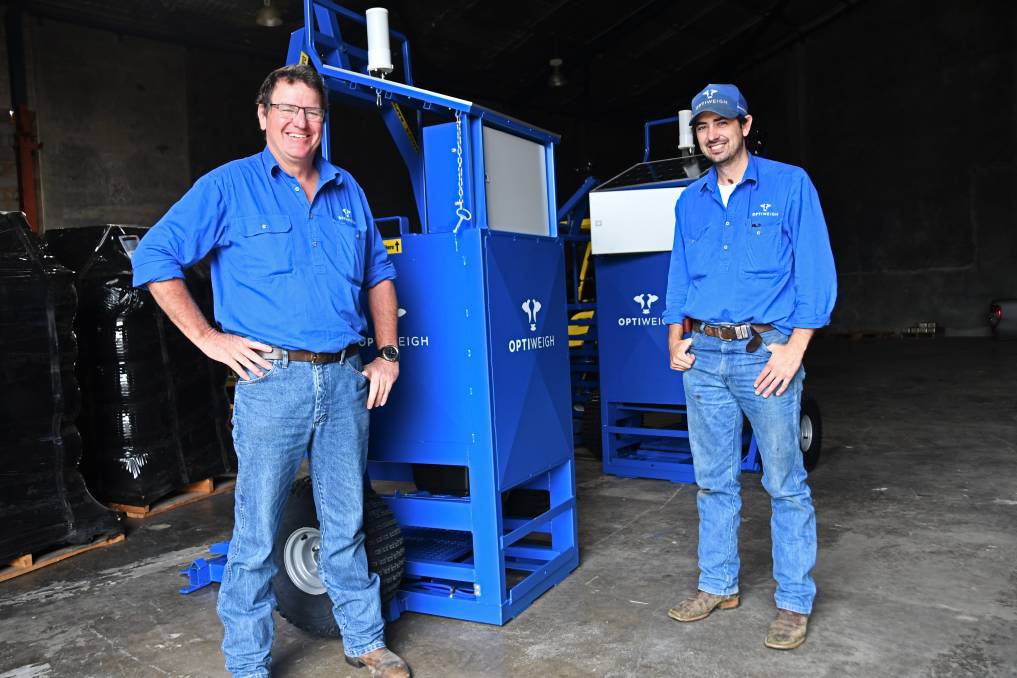 WHAT started as a device to help limit the amount of time one cattle producer spent in the yards is changing the way many graziers manage their herds.

Optiweigh is the brain child of Armidale grazier Bill Mitchell and in the past five years it has gone from being a start-up agricultural-tech business, to an enterprise which employees several people in the state's New England region.

The machine is a portable weighing system, which once set up in a paddock, allows cattle to weigh themselves without human interaction by placing their two front legs on the scales.

Initially, the technology was devised as a way for Mr Mitchell to better understand when his stock had reached optimum sale weights.

However, graziers with a more regenerative or holistic approach to their operations have utilised Optiweigh to better understand their pastures as well as their cattle and have based their rotational grazing strategies around its data.

"It's not what I was expecting it to be used for initially, but it is really pleasing to see how much it has helped a variety of different operators," Mr Mitchell said.

"In the beginning, it came about because my wife and I were spending about two days out of every week in the yards weighing cattle, which made me think there had to be a better way.

After gaining major support in the state's North West and New England regions, Optiweigh has since spread across the state and as far away as stations near Kununurra, Western Australia.

"We're seeing a real mix of producers getting involved in Optiweigh and it is constantly evolving in terms of what sort of data it provides," Mr Mitchell said.

"Stuff people didn't expect to see such as being able to track weight gain against weather events, which is really pleasing to see.

"I think the thing that took me by surprise really was how accurate the data was in the beginning, but once that was cemented I knew we were really onto something."

Mr Mitchell said the Optiweigh team is in the development stage of creating an Optiweigh system for sheep herds and to expand its enterprise.

"It is very early days in terms of the development of our sheep technology," he said.

"However, what we are seeing so far is really promising."