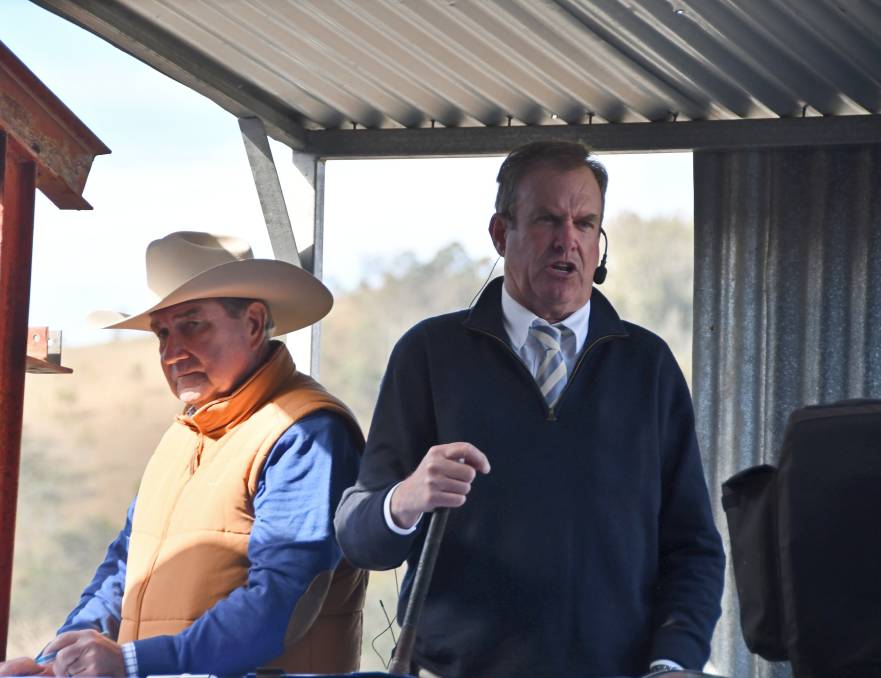 Paul Dooley says seeing the weaner sales open up strongly for 2021 in Victoria over the last 10 days is exciting and gives hope for a strong bull sale season.

With 38 years in the game independent auctioneer Paul Dooley of Paul Dooley Pty Ltd, Tamworth, is a stud stock fixture.

A household name in the stud stock world, auctioneer Paul Dooley has been a part of many of the record-breaking moments over the past 12 months

He has sold a number of bulls for six-figure price tags and he is an annual fixture in sales photos, however he says the real highlight of his job has been sharing in peoples' successes, watching clients achieve their goals and building relationships that turn into life-long friendships.

Mr Dooley found his feet in the agency world close to 40 years ago after growing up on a cattle property in the lower Hunter Valley and his father being an agent.

"The family farm wasn't big enough to come home to after school, and the agency business was the next best," he said.

"Dad was an agent, and I had a lot to do with the Maitland and Singleton saleyards as a kid.

"I joined Elders the year after I left school and worked at the Homebush saleyards in the Sydney office for 18 months which gave me a good grounding in all of the book work side of the business as well - interacting with finance, insurance and accounts parts of the business was a good learning experience." "I think I always knew I wanted to be an auctioneer," he said. "I was always fascinated by it.

"I have memories of standing up on the table as a kid trying to sell things, and I kept a (paper) clipping about the late Tony Fountain, the flying auctioneer (who coined the phrase 'have gavel will travel')."

Selling at Homebush early in his career, more and more opportunities came his way which led him down the pathway to be one of the greats.

"Previously you didn't do a lot (of selling) as a young bloke, but they threw me into the deep end at Homebush," he said.

"Then I went to Cootamundra and Goulburn and did a lot more there.

"When I was based in Goulburn I did a lot of selling with other agents in the Southern Tablelands, and it was a matter of opportunity that came my way. As you developed your reputation as a good fat and store stock salesman, you got asked to sell at a few stud sales.

"When young blokes come through to progress they have to have a fair few runs on the board then if they are any good they are asked to go into stud stock."

The first stud sale Mr Dooley sold at was Bob Ramm's Bobar Poll Dorset sale near Braidwood, and away he went from there. 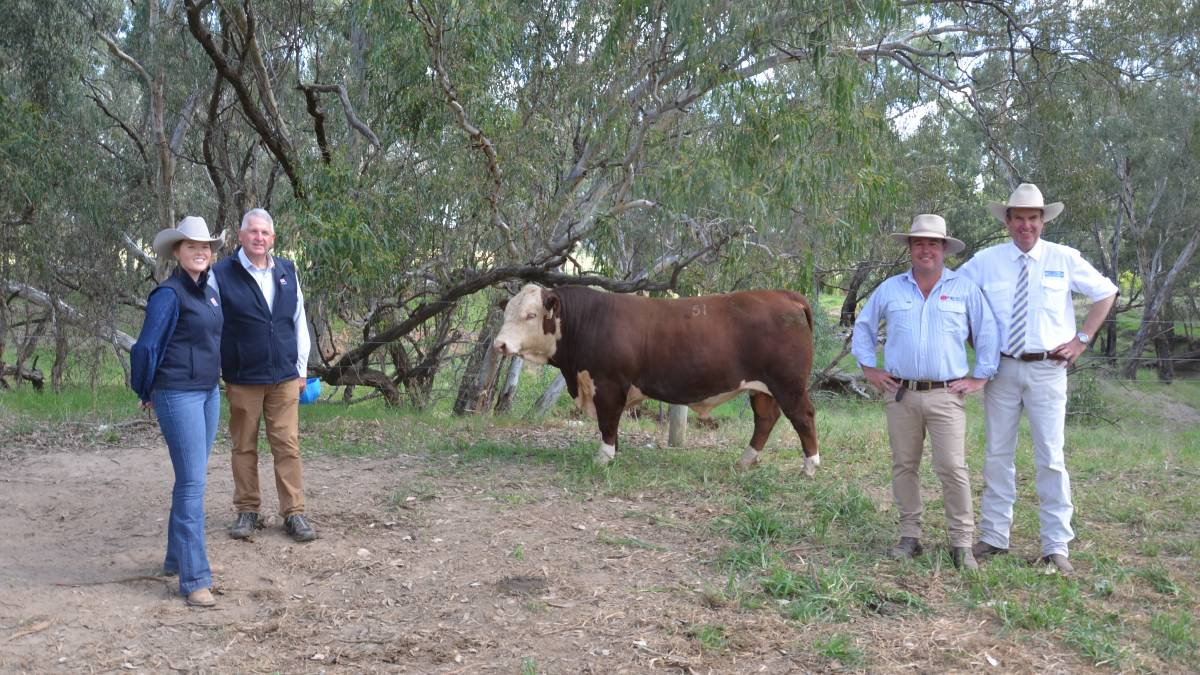 "Opportunities kept opening up and after a while I thought it is where the best auctioneers end up," he said.

"I realised it wasn't as easy and shiny as it looked. It was a lot of hard work behind the scenes as is any field you endeavour to do well in."

Mr Dooley was the inaugural winner of the national young auctioneers competition in 1991 and the first Australian to compete at the Calgary Stampede.

Winning the competition opens a lot of doors and gets you noticed he said, with people still referring to it to this day.

"I head back every year to watch and have been heavily involved in running it, and training and mentoring young auctioneers in the business," Mr Dooley said.

"I get a lot of satisfaction from being involved and seeing how people I have helped progress as agents and auctioneers.

"There are very few sales I go to where i don't find a young bloke wants to have a yarn about what I do."

Over the years he has looked up to many people including; Goulburn fat stock auctioneer, John Kremer, and the great agent and auctioneer John Comerford at Maitland where his dad worked.

"Alan Dempsey had a wonderful voice at Homebush," he said.

"And in the stud stock work Tony Dowe and Garth Hughes. I subsequently shared the rostrum with them a lot." Mr Dooley said the greatest part of his job is the long-term relationships.

"It is a great privilege to have the loyalty of these people that I have had a long association with, not just with clients but with buyers as well."

Reflecting on the 2021 sales, every on-property sale that Mr Dooley had the privilege of selling at broke their own records for top price, average, number sold, or gross, and some did it all in one go.

"That is exciting for them to do, and exciting to part of," he said.

"No doubt it is a lot of fun and a great privilege to sell bulls such as the $160,000 Injemira Poll Hereford bull and Millah Murrah's $280,000 bull, but I get almost as much of a kick out of selling a bull for a vendor's son or daughter that are finding their way in the business and have a couple of animals in the sale.

"It is also amazing how resilient the industry has been in these troubled times - it has been one of the best in the seed stock industry and agency industry, despite the global pandemic. The bush has carried the country." Mr Dooley said the great associations built on the sales circuit is part of the fun of the tour each year.

"It is a drawback being away from home but I really value the associations you have with people from businesses like The Land, other agents, carriers, and those involved on a day-to-day basis," he said.

Mr Dooley said the thing about being an auctioneer in the stud stock sector is that it is very public; everyone knows who you are and are watching.

One of the funny moments Mr Dooley has been involved in was at the inaugural Red Reflections Red Angus sale at Tamworth whereby a cow that had been separated from its calf promptly exited the sale ring and ended up in behind the rostrum with him.

The video did the round and a few were concerned I might be hurt, while a few others hoped I was, Mr Dooley told The Land laughing. Mr Dooley says seeing the weaner sales open up strongly for 2021 in Victoria over the last 10 days is exciting and gives hope for a strong bull sale season.