TIME FOR A WANDER: Will Bennett and Emma Horsburgh at Pig and Earth Farm, Kingston, are dedicated to making sure their pigs live as naturally as possible, which includes wallowing in mud, foraging and napping under the trees.

Pig and Earth Farm is dedicated to making sure their pigs live as naturally as possible.

Some of the biggest changes in Will Bennett's life happened by chance.

One of these chances led to him meeting his partner Emma Horsburgh, and another sparked a passion for becoming a free-range pig farmer.

But for Will and Emma, just letting their pigs roam and wallow isn't a matter of chance - it is a passion.

Will and Emma, who own Pig and Earth Farm, near Kingston, Victoria, are dedicated to their pigs spending their days doing what pigs love - digging, sleeping, foraging and wallowing.

But their path to pigs is an interesting one. Will was studying fine art when he first came into contact with pigs.

He knew a pig farmer at Maryborough and he decided to work for him while he studied.

"I just fell in love with them," he said.

In fact he loved them so much, he eventually moved to the farm to work with the pigs.

But then chance struck again.

Will is also passionate about the environment, and while taking part in a 300-kilometre walk from Port Augusta to Adelaide to campaign for the country's first solar thermal plant, he met Emma.

Emma was studying in Sydney, but after living in the big smoke, they eventually took the plunge and decided to be pig farmers.

So in 2016, they moved to the same farm at Maryborough and bought some pigs. 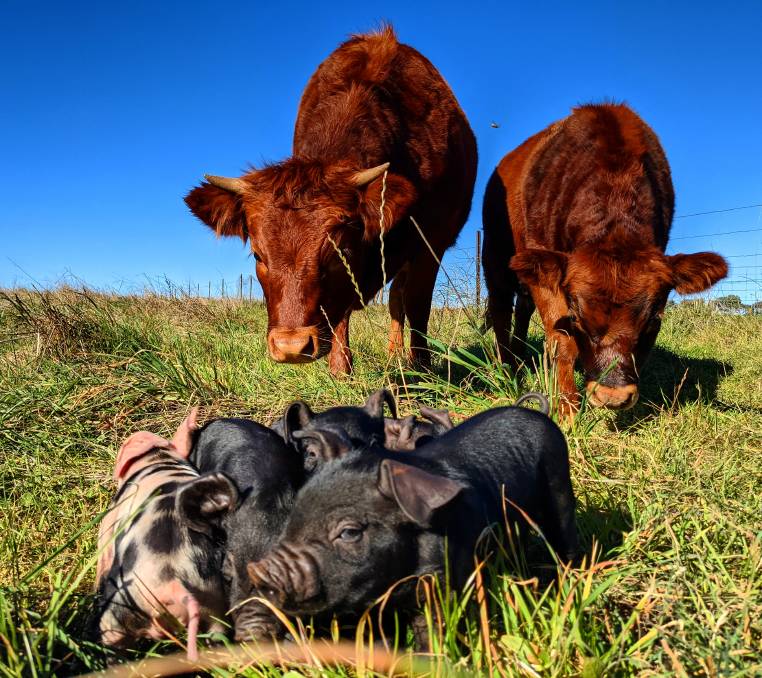 HELLO THERE: The free-range pigs at Pig and Earth Farm spend all of their time foraging in the paddock.

They ran mostly Large Black pigs with some Berkshire on the eight-hectare farm. But they were keen to sell the produce as well as breeding the pigs.

After a year, they bought their 16ha property at Kingston and began breeding their own Large Black pigs.

Will said the Large Blacks were ideal for a free-range farm.

"They are super docile and friendly," he said. "They have a lot of character."

"They are a better free-range pig because they are a bit hardier, and they don't get sunburnt. They are better foragers.

"And because they are a fatter pig and slower growing, the meat has more flavour."

Today Will and Emma run around 15 sows, using holistic and sustainable farming practices.

They are passionate about improving the soil and caring for the environment on the farm.

But for them, it is crucial the pigs live as naturally as possible. Will said in recent times there had been more farmers going free-range.

"When I started with pigs, there weren't many free-range pig farms. But the pig industry has changed a fair bit. People want to know how their meat is produced," he said. 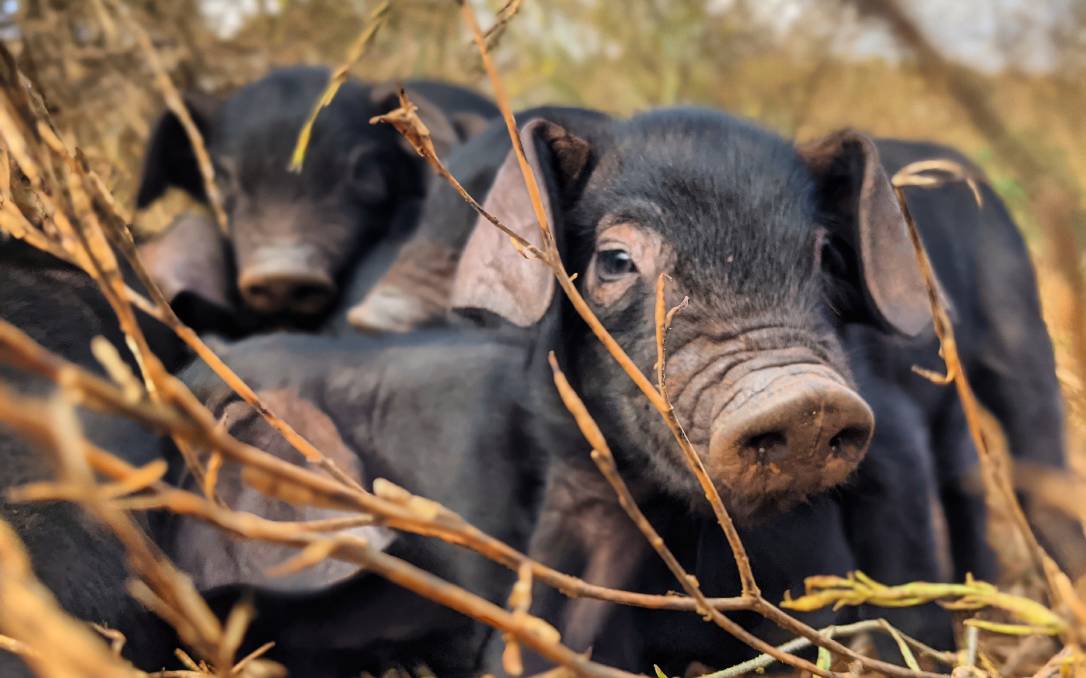 TAKING A NAP: The Large Black pigs at Pig and Earth Farm, Kingston, are free to dig, forage and wallow in their paddocks, which also creates a delicious pork.

Pigging out for beautiful pork

Sleeping in the sun, wallowing, foraging, digging and socialising.

This is what Will Bennett and Emma Horsburgh want for their pigs at Pig and Earth Farm, Kingston. And luckily for them, this wonderful way of life creates beautiful pork.

Their gorgeous Large Black sows are rotated through 10 smaller paddocks. They can dig for roots, snooze under the gum trees and get cool in the wallow, as well as grazing on pastures such as ryegrass and clover.

Two or three sows are run with the boar at a time, and when it comes to farrowing, the sows have purpose-built farrowing houses to care for their piglets. "They have a really nice lifestyle," Will said.

Will and Emma sometimes keep females as breeders, but most of the piglets are weaned at six to eight weeks and become growers. They graze on pastures with access to supplementary feed, including recycled food, brewers' grain, whey from a local cheesemaker and maize flour.

The growers are finished between six to nine months old, when they reach a carcase weight of 50 kilograms.

Six or eight pigs are taken to the abattoir to be processed. Will then packages the pork with the help of a butcher at a nearby boning room. "It is really rewarding to be involved in the whole process," he said. 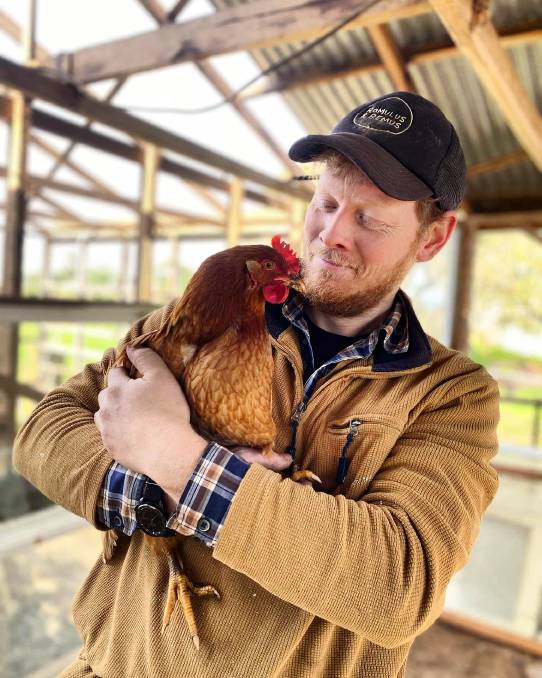 Achin' for some delicious bacon?

There's something very special about meat that has been grown as naturally as possible.

And for the pigs at Pig and Earth Farm, Kingston, just being pigs has led to truly remarkable pork.

Farmers Will Bennett and Emma Horsburgh produce a range of delicious products from their pigs, including pork, sausages and bacon, as well as smoked hocks.

These are cut up with care by Will and a butcher to make sure the meat is treated and packaged carefully.

Will and Emma sell their products through their website.

This includes Community Supported Agriculture, which brings the farmer and consumer together through receiving a percentage of the farm's produce every month.

Customers can also create their own package of meat and order through the website.

Will and Emma offer free home delivery to Ballarat, Daylesford and surrounding areas, as well as from three drop-off locations in Melbourne.