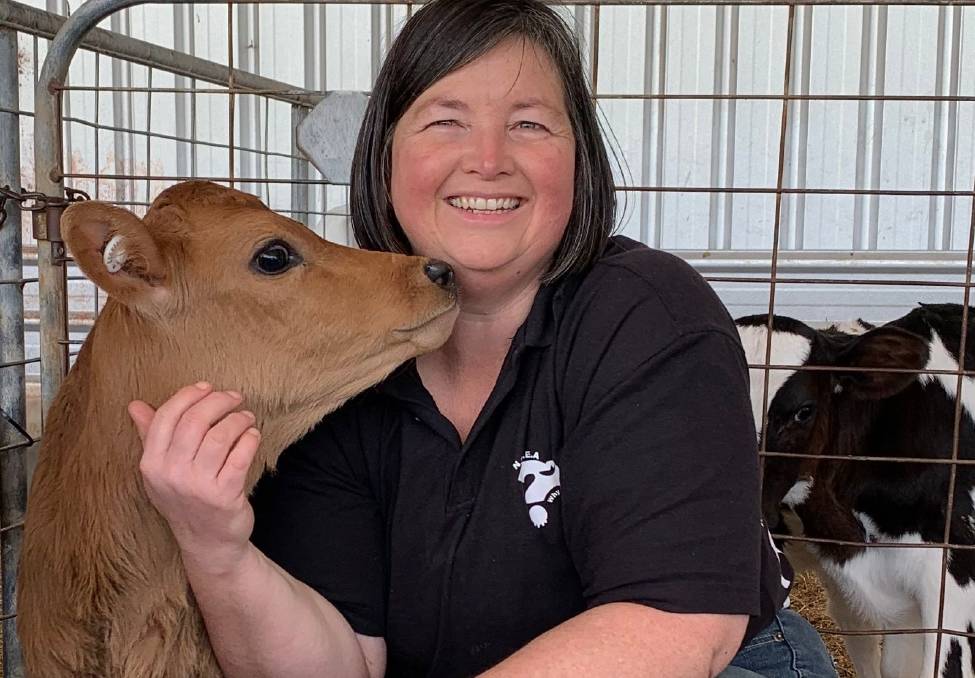 HAPPY CALVES: Can genetics be the difference between calves that survive and those that thrive? DataGene group leader - genomics and LaTrobe University PhD candidate Michelle Axford is researching this question, aiming to create Australia's first calf vitality Australian Breeding Value.

RESEARCH to create the nation's first calf vitality Australian Breeding Value has started, with a project looking to determine if there's a genetic variation between calves that thrive and those that don't.

Fifty dairy farms from most Australian states were recruited to genomically test calves and record their health and vitality from birth to weaning.

At the end of spring, these farms will add another 10,000 genotype and phenotype datasets to existing historical industry records.

But researchers want more passionate calf rearers to join the project to bolster the study.

"Calves take a lot of time, heart and money and are a third of the stock carried on-farm, but we don't have tools to genetically improve calf health traits in our businesses," Ms Axford said.

"I'm interested in calf survival, but my theory is that it's not just about living or dying; calf rearers are annoyed by calves with poor vitality that survive - but cost a lot of time and heartache."

DataGene has 50 Australian Breeding Values (ABVs) but only two, currently, relate to calves.

These are Calving Ease and Gestation Length; contributing to an easier calving for a cow or heifer or shorter gestation length.

She found differences between dairy breeds and while she said this was "interesting" the most useful information - and central to the research - was the variation between animals within breeds.

Some of her findings included:

"We know that calving difficulty for a cow or calf is one of the most painful things they can experience," Ms Axford said.

Focusing on genetics to help calves thrive is gaining traction around the world, but Ms Axford said researching calves was "complicated" because of gaps in the records.

"In Australia, we've got some fantastic farmers who do a great job of recording calving information, but we haven't asked people to specifically record additional information like calf illness or deaths," she said.

"Then we have nothing for bull calves, other than if they lived or died, and in addition - dead calves don't get an ID. If something doesn't get an ID in the system, we lose track. Then there's the sale of male or female calves before they receive an ID; they are other cases where we can lose information."

As part of this current DairyBio project, dairy farmers have been asked to genomically test calves and then rate their vitality from one to five - the bottom indicating a dead calf and the top a "ripper".

Victorian dairy farmers Sarah and Mike O'Brien contribute this calf data from their 340-cow spring-calving Denison business to the research.

"Calf vitality, it's important," Mrs O'Brien said. "Farmers put a lot of work and effort into getting a cow in calf and knowing you are giving that cow every opportunity to birth a very healthy, robust calf just makes sense."

She said the process of collecting calf DNA samples for genomics and recording their health was "simple".

"Michelle has provided us with the Tissue Sampling Units (for genomics) and we knock our calves down to disbud, so while they are asleep we walk through the pens and take samples," she said.

"It's pain-free for the calves and then we just send them off to be tested and I have a sheet Michelle asks me to fill-in - as the dedicated calf rearer - with my opinion of each calf."

Genomics has enabled the O'Briens to make early and more informed decisions about animals.

"The last few years, I've been watching calves come in and learn to feed and I do look at some and wonder 'what's her temperament going to be like? Do I want to be milking her?" Mrs O'Brien said. "It makes me wonder if should sell her as a calf or invest a few thousand dollars to get her into the milking herd."