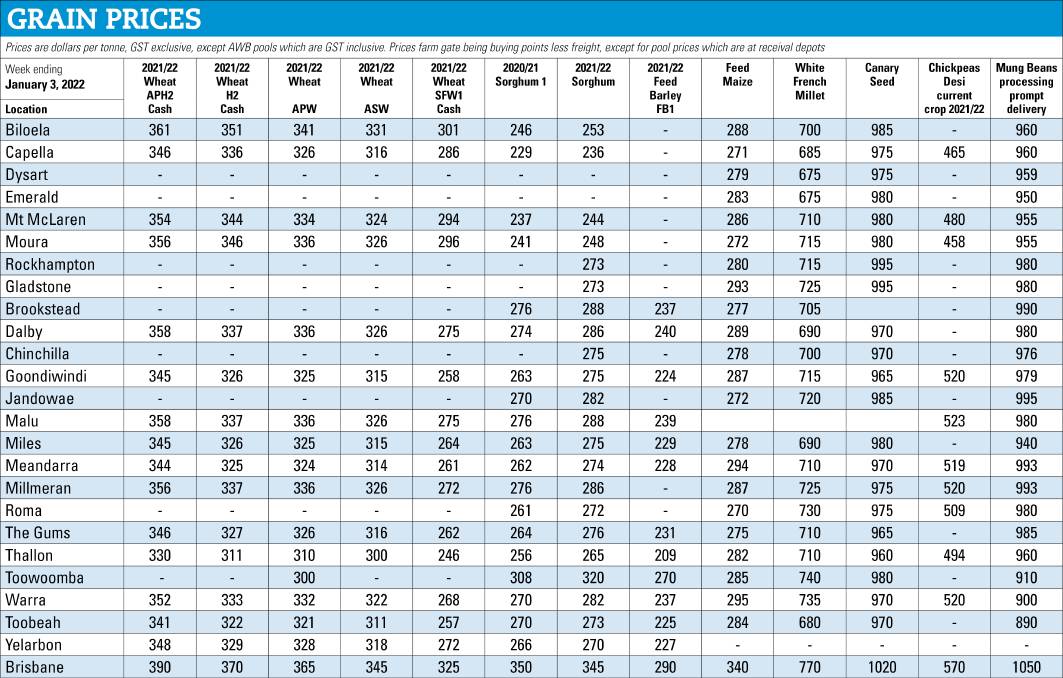 Benchmark CBOT wheat futures tumbled 5 per cent in the final week of 2021 as traders banked profits from the rally in the lead-up to Christmas.

Expectations that both Australia and Argentina will harvest record large wheat crops also weighed on global markets. Local cash markets slipped in response to the global sell-off, although the reality is that most people responsible for setting daily prices were still away enjoying the last of the Christmas and New Year's holidays.

ASX wheat futures slipped $9 to $364 a tonne in the past week. This is sharply lower than the $400 plus levels at the start of December as exporters were forced to exit milling grade wheat commitments after rain downgraded a significant proportion of the east coast crop.

Harvest deliveries came in better than expected despite the unwanted harvest rains.

It's expected that Australia's 2021 wheat harvest was record large.

Private forecasters are tipping it will come in above 35 million tonnes.

Bumper yields and large plantings across all states will also ensure massive canola and barley crops.

Western Australia's CBH has received more than 20 million tonnes of grain deliveries, easily topping their previous highs of 16.8 million tonnes back in 2016/17.

GrainCorp had received 10.4 million tonnes of grain deliveries in the week before Christmas with harvest not expected to wrap up for another couple of weeks in New South Wales and Victoria.

Protein levels in Western Australia's wheat crop were well below normal with traders reporting that much of the crop came in below 9pc.

Focus has now switched to demand and moving the massive harvest.

China's is expected to be a major destination for Australian wheat in 2022, with traders reporting big sales of east coast feed wheat and Western Australian ASW.