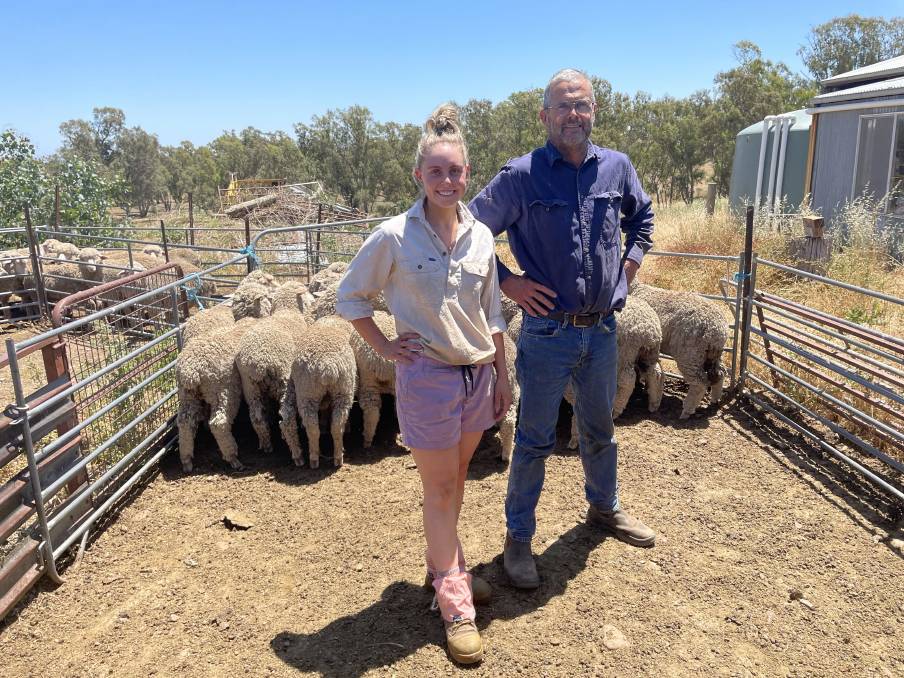 Growing an agricultural empire from 50 hectares to a $40-million property portfolio across two states.

Growing an agricultural empire from 50 hectares to a $40-million property portfolio comes down to a business mindset and a non-mulesed flock.

Stevens Farming is made up of family, including Dirk and Cindy, and their children Madeline, 26, Ellen, 24, and Mitchell, 20, who operate four properties with a combined 4000 hectares.

These properties include Kulaba and Morella, at Whiteheads Creek - at the southern end of the Victorian Goulburn Valley - and Culingatel, Forbes, NSW, and Bald Hill, Coolamon, NSW.

Ewes are joined in November for an April lambing at Kulaba, with the main shearing starting in August.

Weaner ewes are trucked to Coolamon and Forbes onto 800 hectares of stubble before grazing wedgetail wheat from June 1 to August 30.

Paddocks previously grazed are then sown to barley, which Mr Stevens said was a "two-for-one deal".

"Seven months of the year the properties are devoted to cropping and five months to sheep because more land is too dear," he said.

"I am getting 3.5 tonnes of wheat to the hectare and I also get three months grazing on the wheat crop itself to grow lambs out." 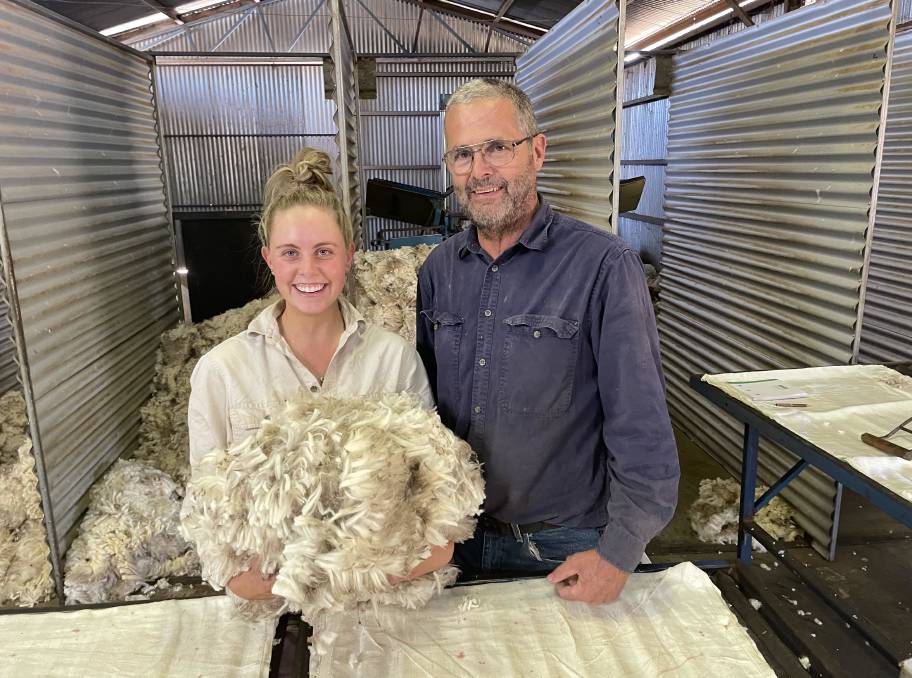 Surplus lambs, including all the wethers, were sold at the "trading paradise" of Forbes saleyards, which he said was worth the 600-kilometre journey from Seymour because of the competitive commission rates.

This strategy means Kulaba was under-stocked with ewes and young lambs during the tough southern winter months.

But managing drought was a gamble and in 2019, this seasonally diverse operation destocked to one-quarter of its original flock as drought gripped the nation.

"It was diabolical," he said. "The dry followed me from Broken Hill to Forbes to here (Kulaba, Vic). I was bringing the sheep down slowly hoping we would get a break. I went from 28,000 ewes to 6000 ewes.

"We are drought-proof but nothing could protect you from the 2019 dry - it can get pretty ugly here."

In most years, he manages seasonal threats by shifting stock between the properties with his two four-deck trucks.

"We've been flooded this year at Forbes and we are dry as a chip here," he said.

"Other years it is dusty there and a foot of sub clover here - I have options.

"The reason I have turned 120 acres into $40 million worth of land is that I am willing to go anywhere."

ALSO IN NEWS: Lamb export demand expected to strengthen in 2022

Originally, Mr Stevens was drawn to wool growing so he could manage his livestock around his Mount Gambier, SA, electrical contracting company that employed up to 40 tradespeople.

But just three years ago, he was ready to exit the wool industry and purchase Australian Whites.

He was tired of the lack of industry progress, which he said was strangled by individuals' conflict of interest.

But a chance to join Fox & Lillie's Genesys, a group of certified Responsible Wool Standard (RWS) growers, in July 2020 has kept him interested. For accreditation, Stevens Farming is audited for animal welfare and land management compliance.

The RWS premium was 10 per cent paid on his clip that was sold in both the auction room and to a direct European contract.

"It is the only time in my 40 years someone has offered a premium, and while it is out there, I am taking it," he said.

"There have been people who have held the industry back but they're gone and growers are waking up, so now we have a chance for some progress."

But he said, there was still a long way to go for wool to be a more attractive agricultural industry.

"The equation is still pretty ugly with wool prices barely increasing in 20 years."