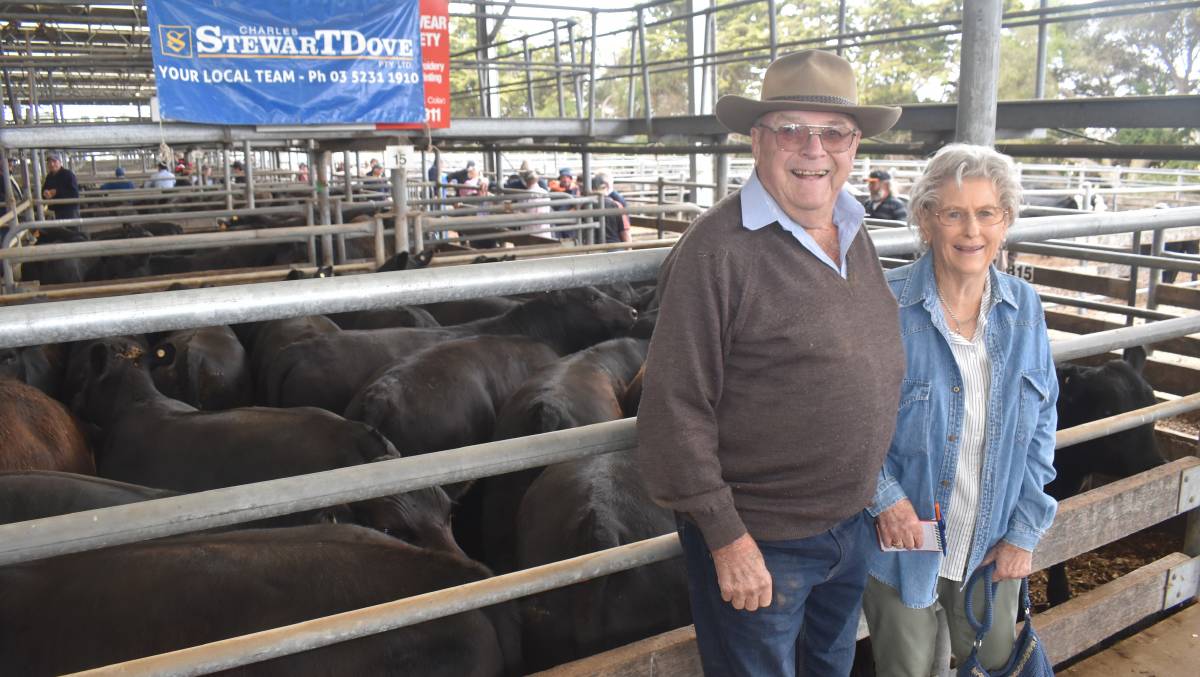 A very good solid sale was the general feeling from vendors, agents and buyers at the Birregurra Premier steer weaner and female sale at Colac Wednesday.

Colac Associated agents penned a capacity yarding of just over 3000 head presented to a buying group from a wide area.

Many vendors were rejoicing a lift in prices of $500 to $700 a head on the previous year.

"It was one of the best line-ups I have seen at Colac and was a credit to the vendors," he said.

He said after a good season and widespread buyer support made for a good result.

He said the higher number drew an extra crowd as well as a lot of local support.

The heavy end of the steers sold consistently from 620 to 640c/kg with the very best a touch over that while as weights eased there was plenty making 700c/kg plus.

"There was heavy demand for smaller cattle at $2000 to $2200, everyone's money was in that category," Mr Howard said.

Nutrien auctioneer, Phil Douglas, said the having it on one day worked to get buyers from the north in particular.

The cattle penned up well and presented and recovered very well after a wet winter, he said.

There was also support from Gippsland to compete with a very strong local buying gallery.

Mr Douglas said heifer sold well with some going back to the paddock.

Charles Stewart auctioneer Jamie McConachy, said the sale was "very, very good" and vendors would be happy with the day.

He said it hung on through the sale with only a couple of pens under $2000.

"We are ecstatic with the results following on from two years of increasing values," he said.

Presented with the Victorian Region Charolais Society award for best pen of 17 Charolais were Heather and Brian Meade, Barwon Downs, with a pen of Charolais steers, 372kg, that made $2530 or 680c/kg.