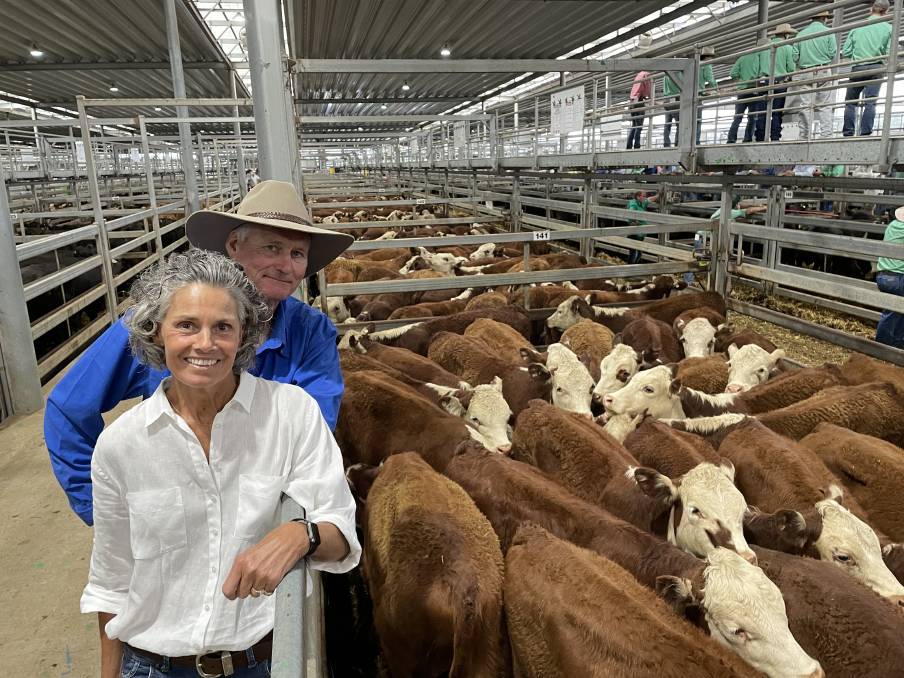 The cents a kilogram price at Wodonga hit a record high with Herefords from Michael and Anna Coughlan, Tarabah Livestock Company, Morundah, hitting a whopping 1049c/kg.

Record high prices for weaner steers and heifers had restockers, lot feeders and even the odd processor adjusting their budgets in order to gain a spot at the buyers' rail at sales last week.

RECORD high prices for weaner steers and heifers had restockers, lot feeders and even the odd processor adjusting their budgets in order to gain a spot at the buyers' rail at sales late last week.

Nearly 14,000 head went under the hammer across three days of sales at Wodonga and all vendors went home with much higher returns for their weaners than in past years.

Mid-week, some vendors estimated their steers and heifers were at least $800 a head dearer than 2021.

Generally, the cattle were heavier and the better seasonal conditions were a reflection of this trend.

"I've never had steers weigh more than 400kg at this sale and this year one pen averaged 440kg," Mr Trethowan said.

Even with heavier cattle offered, the dollars a head price was sky high.

"Two years ago my steers were at the top of the market making $1080 and I thought that was fantastic money, whereas this year there's nothing making below $2000," he said. "The Tarabah cattle were the first to sell over 1000c/kg at Wodonga. It will be difficult to buy runs of calves that weight the further we push into 2022," he said.

"Michael and Anna Coughlan picked a good time to market light calves with strong northern demand and those cattle do get so much repeat competition."

"At that sort of money, we're selling the heifers next week," he said. 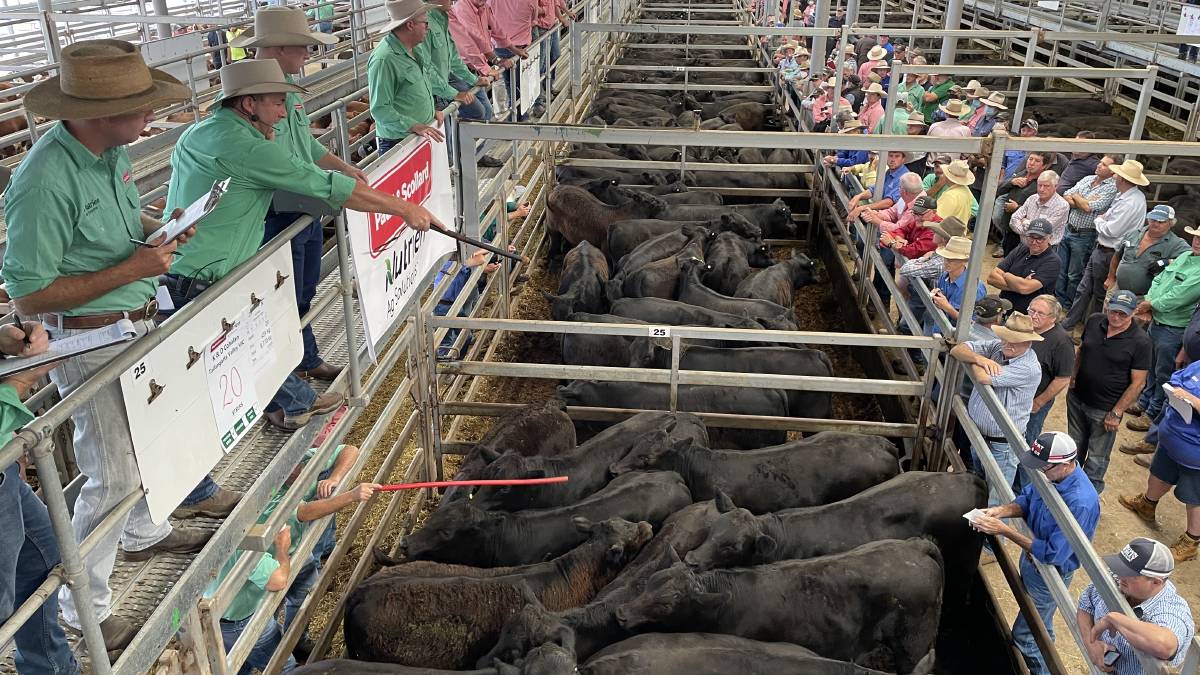 Claire and Peter McElroy, Raheen Park Partnership, Merrijig, sold 407kg Angus and black baldy steers for $2540, and estimated they made $400 a head more than 2021.

"We've been investing that extra money back into the property with a new shed and upgrades to existing infrastructure," Mrs McElroy said.

Brian Unthank Rural auctioneer Michael Unthank said the market did start to settle down by Friday's sale and the heavy weaner steers traded about 100c/kg off the pace of Thursday's sale.

"The northern NSW and Queensland buyers were strong and we did see a few locals jump into the market on Friday - that's encouraging," he said.

"Everyone is after heifers to join and the top quality heifers were making good money but the lighter heifers didn't have the fire the other cattle had.

"In saying that, we have sold a lot of calves this week and the market is a little saturated, but this job will get dearer on the back of this widespread rain, particularly with the Queensland competition."