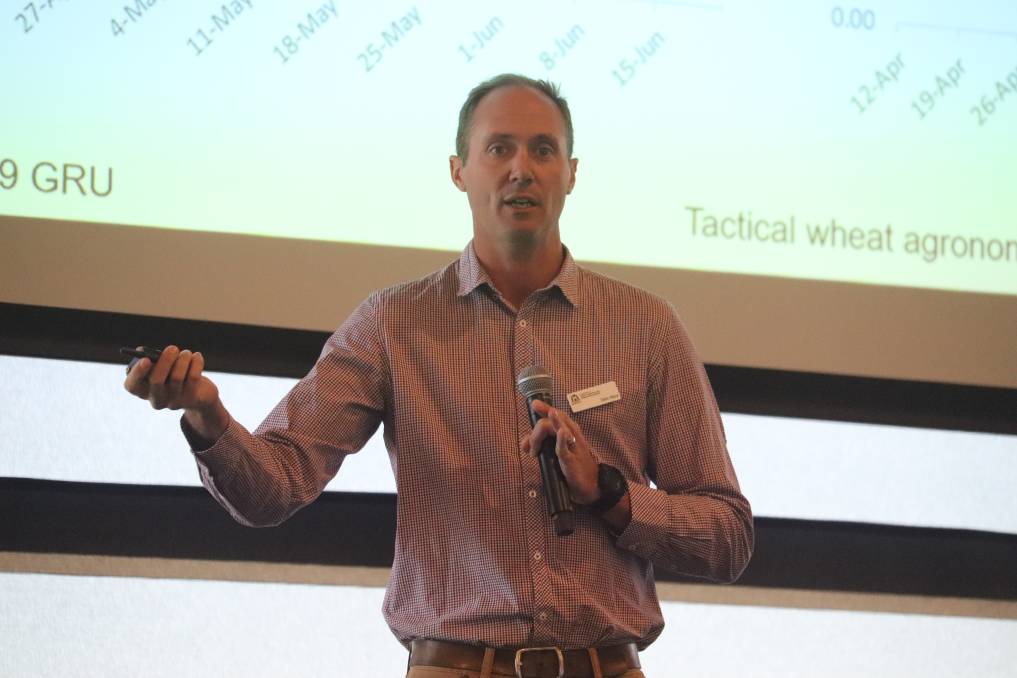 While there is a potential advantage in bringing beneficial varieties to market sooner, it can be difficult for growers, agronomists and researchers alike to know what the risks and opportunities of those new varieties are.

WITH three new wheat varieties released last year alone, there is no denying that varieties are being released quicker than ever and are increasingly hitting the market with only one year of National Variety Trial (NVT) data behind them.

Due to that, some of those new varieties may not have early sown or other data required to test them in their applicable sowing window.

While there is a potential advantage in bringing beneficial varieties to market sooner, it can be difficult for growers, agronomists and researchers alike to know what the risks and opportunities of those new varieties are.

IN OTHER NEWS:Summer lamb campaign puts Australia back on the map | Watch

Speaking at the recent Department of Primary Industries and Regional Development's (DPIRD) Grain Industry Day, held at Optus Stadium in Perth, research scientist Dion Nickol presented an overview of the three new wheat varieties and what limited information was known about how they might fit in the farming system.

According to Dr Nickol, AGT's Calibre is a quick-mid maturity wheat that has been pitched as a replacement for Scepter.

"While Calibre did out-yield Scepter in the 2020 NVT data, the challenge is knowing if that's a maturity advantage that it's getting over Scepter or is just higher yield potential," Dr Nickol said.

"In the 2021 data thus far, it's not out-yielding Scepter so while it clearly does have some impressive yield potential in a lot of cases, I'm not yet convinced and hopefully the data from this year will be able to clarify those questions.

Calibre is classified as an Australian Hard (AH) wheat, that is resistant to moderately resistant (RMR) to stem rust and stripe rust, susceptible (S) to leaf rust and powdery mildew and moderately susceptible (MS) to yellow spot.

It is MS to stem rust and yellow spot, moderately resistant to moderately susceptible (MRMS) to stripe rust and S to leaf rust and powdery mildew.

"In the 2020 data, Avenger was able to out-yield Scepter in lower yielding environments, however it wasn't able to out yield Vixen," Dr Nickol said.

"With good varieties on the market such as Vixen, it'll be difficult for Avenger to get a lot of hectares."

The third variety, Valiant CL Plus from InterGrain, is a slow maturity wheat with an AH classification.

It is MR to stem rust, RMR to stripe rust, MRMS to powdery mildew and moderately susceptible to susceptible (MSS) to leaf rust.

Dr Nickol said Valiant was a bit more interesting as a combination, as getting an early sowing clearfield wheat was quite different and there wasn't anything that had stood out in that area before.

"Given it's got single year data, it is hard to understand what the risk might be given it's a longer maturity wheat," he said.

"Early sowing could mean Z31, which is the Intervix deadline, comes quickly, similarly to Yitpi or Cutlass where mid-April sowing equals early June.

"If Valiant is able to match Cutlass in April sowing, then it should be a competitive early sown wheat."